VIDEO: Charles Payne: Recession is what you feel it is, let’s not play the games

Yes. This indeed is important.

If this scandal ever unavoidably picks up with the rest of the democrat party propagandists in the MSM you will hear them with the pre-fabbed talking points in the article in addition to falsely putting forth a fake narrative of “everyone in government does this”, which is bullshit on so many levels. The fact remains, there is tons of far more ‘there there’ with blatant wrongdoing fir Joe Biden (including his son and brother who failed to register as foreign agents in their Biden business dealings in other countries) than there ever was in the falsified Trump-Russia Steele dossier … and with regards to Pres. Trump’s legal Ukraine phone call. Biden was Obama’s VP when he entered these foreign deals with Hunter using his political status as next in command of the United States. Now he’s in the Oval Office and making policies to lift Trump administration pressure on China while funneling continued billions of our money into Ukraine under the guise of war assistance, most of that money and arms unaccounted for and allegedly even being sold for profit and transported to other countries by someone in Ukraine.

All hell broke loose in Biden World the day The Post broke the first bombshell email from Hunter Biden’s abandoned laptop, on Oct. 14, 2020, three weeks before the presidential election his father would win.

“BIDEN SECRET E-MAILS” read the front page exclusive, revealing a 2015 email from an executive at the corrupt Ukrainian energy firm Burisma, thanking Hunter for introducing him to Hunter’s then-VP ­father in Washington…

The story put the lie to Joe’s ­repeated claims that he knew nothing about his son’s overseas business dealings — and risked sinking his presidential campaign.

But as soon as it broke online at 5 a.m., panicked phone calls and messages started flying between Hunter’s business partners and their advisers, even as social media giants Facebook and Twitter moved to censor the story and lock The Post’s account, while candidate Biden went into hiding.

In one communication that day, Hunter’s then-business partner James Gilliar, a former British Special Forces officer with ties to UK intelligence services, “calmly reassures an unnamed person who is concerned that “a Senate committee, the DOJ” might start investigating Hunter’s foreign deals and then “Hunter and/or Joe or Joe’s campaign [will] fire a shot at us.”

“It would be crazy to do that with all the information and all the facts we have [but what happens if] they try to make it ‘Oh, we were never involved. That was [Joe Biden’s brother] James’ idea . . . and try to basically make us collateral damage?” the person asks Gilliar in a message provided by a whistleblower to Republican congressional investigators and obtained by The Post.

“I think in the scenario that he wins they would just leave sleeping dogs lie.

“If they lose, honestly, I don’t think that the Big Guy really cares about that because he’ll be too busy focusing on all the other s–t he is doing.”

The communication, obtained by The Post Wednesday, is significant because it bolsters the claim by ex-Hunter business partner Tony Bobulinski that the Big Guy was a code name for Joe Biden.

The reason the identity of the “Big Guy” is important is because it adds to the weight of evidence suggesting that Joe Biden not only knew about Hunter’s international influence-peddling scheme, but allegedly was cut in for a slice of the profits…

Charles Creitz: Hunter Biden investigation developments ‘don’t add up’, former federal prosecutor says: Brett Tolman said prosecutors would look ‘silly’ if they didn’t at least bring gun charges against the first son. … “At least”??!? Hunter Biden is a walking crime boss. Were he anybody else, say, named Trump he’d already have been frog-marched out of his home at the ass-crack-of-dawn in his underwear.

Under Biden alone, the Left has tried to redefine woman, fetus, domestic terrorist, insurrection, voter suppression, illegal alien, anti-police, and now recession. What a strategy! When you lose an argument, just change the DICTIONARY!

Athena Thorne: Another Telltale Sign That the Recession Has Arrived 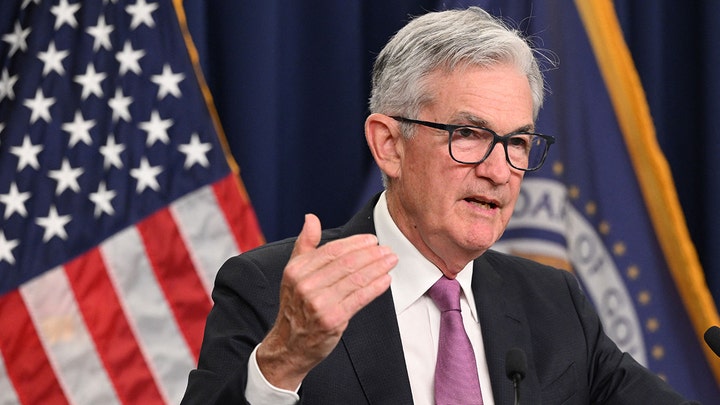 Megan Henney: Fed’s Powell says he does not think US economy is in a recession … Strong labor market likely means US not in a recession

“The party told you to reject the evidence of your eyes and ears. It was their final, most essential command.”

We are living in a George Orwell novel. pic.twitter.com/Woa3i9evNn

Ace: Palace Guards, Assemble! Biden Rallies His Media Praetorian to Push His “There Is No Recession Unless We Admit There’s One” Propaganda Strategy

Matt Margolis: The Media Is Colluding With the Biden Administration to Redefine Recession

By one common definition — the economy shrinking for consecutive quarters — the U.S. economy is on the cusp of a recession.

Yet that definition isn’t the one that counts. https://t.co/Bw1am1viQ4

Twitchy: Politico chief economic journo’s sudden pivot on what constitutes a recession is a ‘masterpiece of hackery’

Git Yourself Some Popcorn… 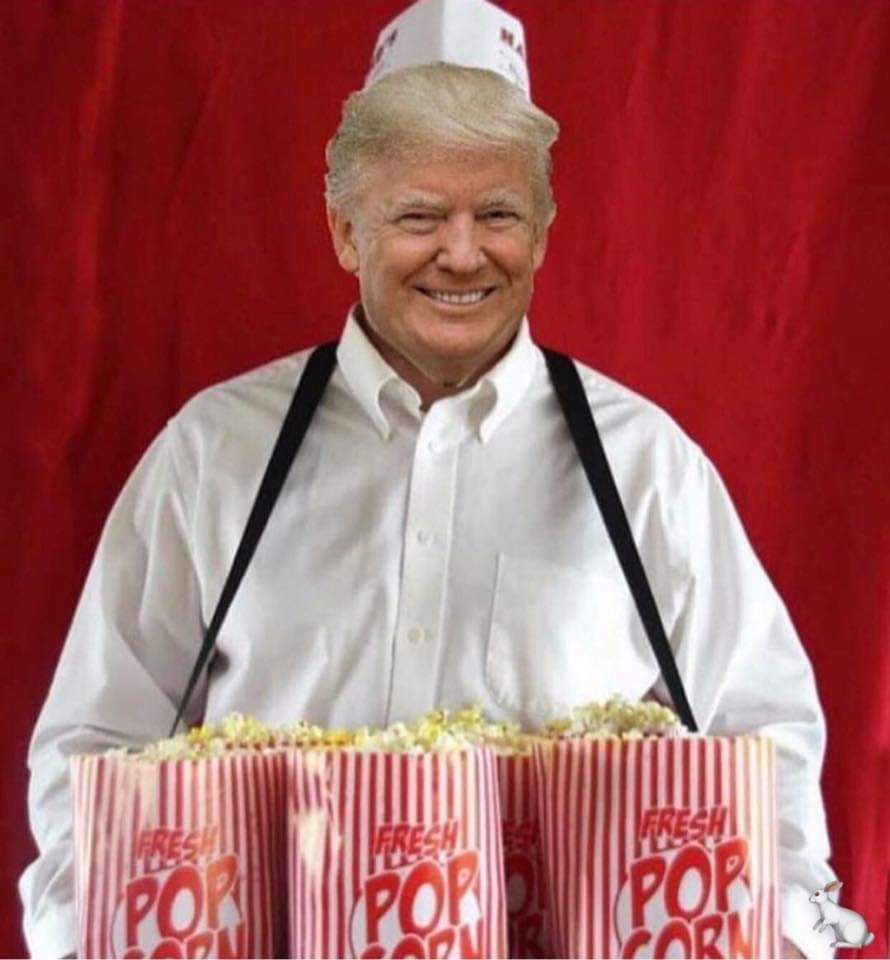 Former President Donald Trump notified CNN of his intention to file a lawsuit against the network for “repeated defamatory statements” in a statement Wednesday.

Ifrah Law, a Washington-based law firm, filed a Notice of Intent ordering the network, under Florida Statute § 770.02, to “publish a full and fair correction, apology, or retraction” in published pieces or broadcasts that allegedly made “false statements” about the former president. The notice warned that failure to issue an apology will result in a lawsuit…

VIDEO: Jonathan Turley sounds off on ramped up DOJ criminal investigation into Trump: ‘This is a very different situation’

I am not sure how it is particularly news for AG Garland to say that no one is above the law and can be prosecuted for crimes, including Trump. https://t.co/JQZWRFx5t6 The alternative is to say that the DOJ would never charge Trump regardless of the evidence…

…That case is still to be made. The Committee has not yet fulfilled its promise to release new evidence establishing such criminal conduct. https://t.co/EO0FNaZqX9

…Notably, VP Mike Pence’s former chief of staff Mark Short just discussed on Fox how he appeared on Friday before the grand jury looking into January 6th. He declined to give details but noted it would make little sense unless the DOJ was building a criminal case.

The unpacking before the packing of the SCOTUS…

Headed by the demo-commies in the US Congress, the 21st century lynch mob coming for Justice Clarence Thomas…

Rep. Hank Johnson (D-GA), chairman of the Judiciary Subcommittee on Courts, proposed the bill, the Supreme Court Tenure Establishment and Retirement Modernization Act, which would allow the president to nominate Supreme Court justices every two years, or the first and third years after a presidential election.

The longest-serving justice on the court, which is presently Thomas, would be moved to senior status first under the proposal. The measure would aim to have justices serve a maximum of 18 years on the court to which they would retire from active service and assume senior status, a term which is typically used to describe semi-retirement for federal judges.

If the bill is enacted, justices on the bench would enter senior status in the order of which they have served the longest…

It is not clear that the cancel campaign prompted the decision of Justice Thomas, but the prospect of protests planned for the Fall could not have helped in his decision making…https://t.co/EqlTHMfwMo

Jonathan Turley: Cancel culture came for Clarence Thomas at George Washington law. Now, he’s stepped aside: The removal of Justice Thomas from the list of lecturers followed a campaign that demanded that the university ban him from any classrooms.

…While the university refused to terminate Thomas, the campaign continued and protests were expected in the fall. It is only the latest example of how dissenting viewpoints are being systematically eliminated in higher education.

Nicholas Roske reportedly stated “im gonna stop roe v wade from being overturned.” https://t.co/U5plCN1NW7 When pressed on social media, he said that he wanted to “remove some people from the Supreme Court.” …

…That obviously adds more evidence of premeditation and motive. It also shows how susceptible some people are to the over-heated, over-the-top rhetoric in our media. https://t.co/KjchR5dt4m

…With groups offering bounties on locating justices in public, this is not likely to be the only unhinged individual to see violent action as a form of advocacy.

Meanwhile, one of our biggest enemies is literally continuing to buy-up up chunks of our country…

It was revealed that just last year alone, China spent $6.1 billion dollars on housing in the U.S. making it America’s top foreign buyer. The buying gorge went from April 2021 to March 2022 and lawmakers are noticing. The top countries that have purchased land in the U.S. are:

VIDEO: Reps. Chip Roy and Mike Waltz: The US is ‘asleep at the switch’ on China buying up American farmland