Basically, sending the case back to the court it came from…

WARNING GRAPHIC: As @TxDPS troopers were taking a human smuggler into custody in Brooks County, several illegal immigrants bailed out of his vehicle and ran. One ran into the highway & was struck & killed by a vehicle. Smuggler charged w/ human smuggling causing death. @FoxNews pic.twitter.com/Cul762bgFl

VIDEO: Rep. Flores on border crisis: Dems are ‘the ones playing politics’

Due to the EPA decision, it will be much more difficult for President Biden to order sweeping environmental changes without congressional approval…

…The Court states “This view of EPA’s authority was not only unprecedented; it also effected a “fundamental revision of the statute, changing it from [one sort of] scheme of . . . regulation” into an entirely different kind.”

…Senate Majority Leader Schumer has condemned the decision which is curious for the head of one of the houses of Congress. This opinion reaffirms the power of the Congress and Article I powers generally.

…It is a curious sight of a congressional leader denouncing a decision that prevents the circumvention of Congress. It is a virtual statement of self-loathing like a player complaining of being sent back into the game by the coach.

…This is not the first time that Democrats have called for a president to usurp the authority of their own branch. It undermines the faith held by figures like Madison that ambition would combat ambition in the protection of the separation of powers. https://t.co/ecZpknvBle

Every Republican who helped seat these justices is complicit

Catastrophic. A filibuster carveout is not enough. We need to reform or do away with the whole thing, for the sake of the planet. https://t.co/if8PIbfs42

Twitchy: Joe Biden says Americans will suffer high gas prices for ‘as long as it takes’ to defeat ‘Russia, Russia, Russia,’ whose fault everything is

While China is investing in oil & gas to lift nations out of poverty, Biden & G-7 are investing in renewables, which will keep poor nations poor.

Biden is hyping solar in Angola, which is being starved of investment in its oil & gas infrastructure https://t.co/tjZ33uJ1bj pic.twitter.com/GrlSvkv9k0

I saw this a few days ago. THIS was some very irresponsible crap right here, talking within mic/camera shot especially among other world leaders. Wreckless information/speculation slips like this could affect the world markets. Some in the video’s comments are wondering if this was intentional (in front of ‘selected’ media types nearby). Look at clueless Joe’s face as Macron fills him in….

Europe is on the verge of rationing energy and yet Biden & European leaders have just proposed $600B in global infrastructure spending focused on renewables, w/ ZERO to increase oil/gas production

Biden was counting on Arab nations to produce more oil but a few hours ago French President Macron was overheard telling Biden that the United Arab Emirates is at max capacity & the Saudis can’t produce much more. It appears to be a direct appeal to Biden to produce more oil. pic.twitter.com/vRWJVpn3El

This is a game-changing revelation since Biden was counting on Saudi Arabia & UAE. They were the only two OPEC nations perceived to have spare capacity.

Macron’s revelation means that it’s up to the U.S. to produce more oil, and soon, or the energy crisis will get much worse.

Biden’s refusal to expand oil and gas production in the US in the midst of the worst energy crisis in 50 years was insane *before* Macron’s revelation.

Now, if Biden doesn’t act, he is effectively renouncing America’s standing as the leader of the free world. https://t.co/wkT9G2ABo5 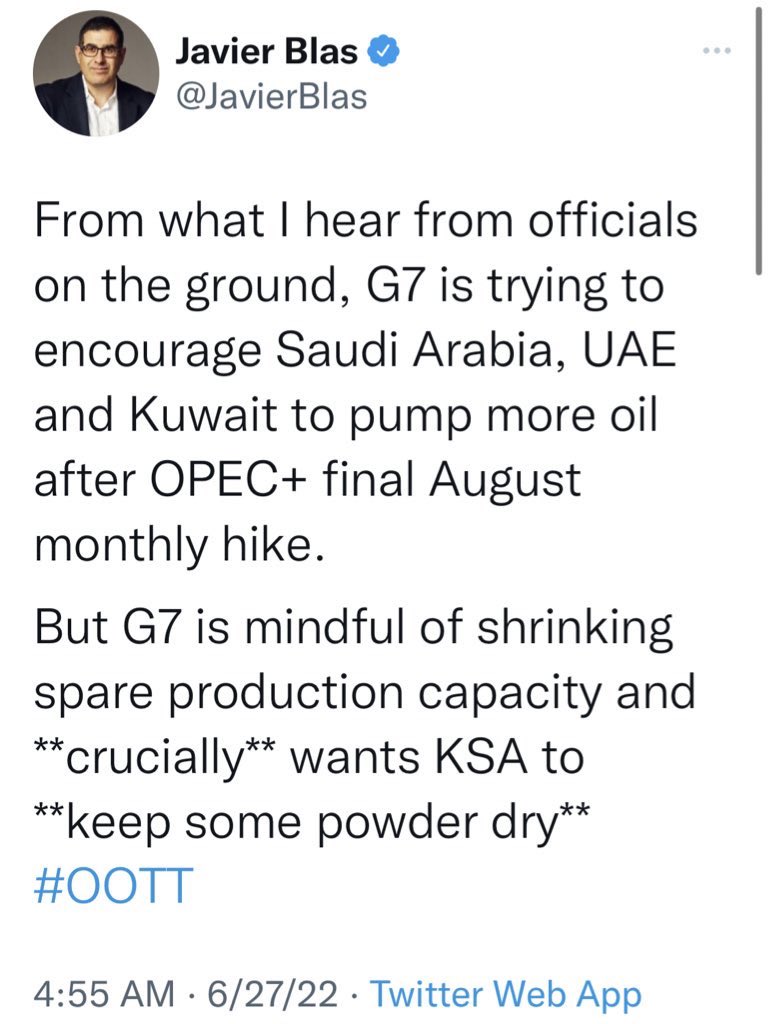 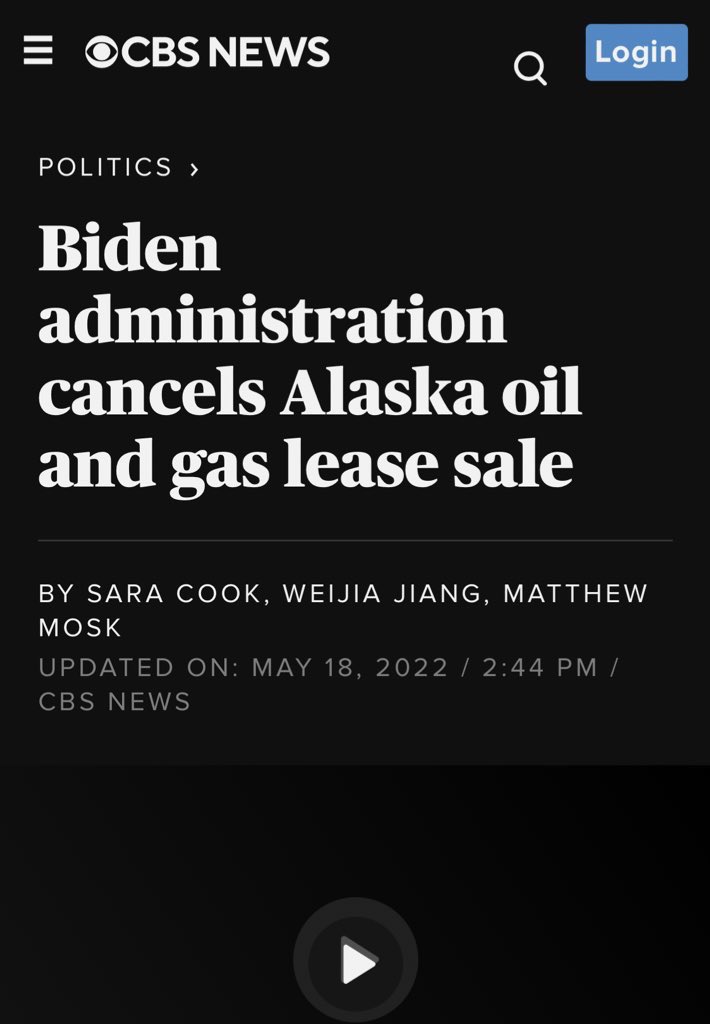 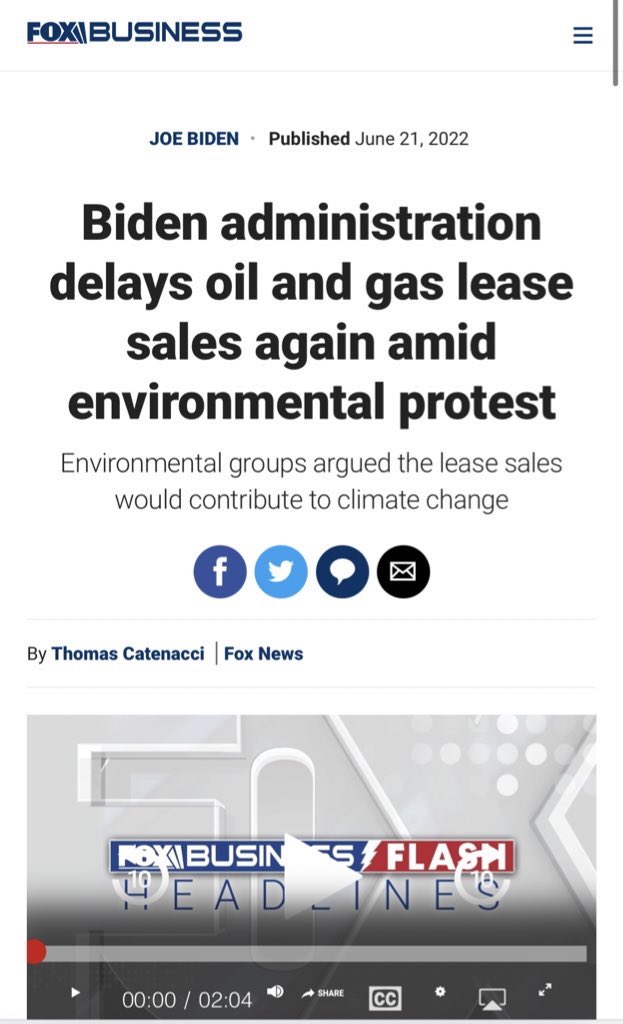 In fact, it’s more insane than it looks. The reason is because OPEC is reaching the limits of what it can produce, the US will wind down releases from the Strategic Petroleum Reserve in October, and oil demand is poised to grow by a minimum of 1.5 billion barrels a day next year. pic.twitter.com/dYAzZG4b0g

It’s true that higher oil prices will stimulate a supply response globally, but Arab nations are reaching their total production limits, sanctions on Russian oil remove a significant amount of oil from global markets, and now Biden is restricting supply growth in the U.S. pic.twitter.com/9Yvm9TTISO

In the past, restricting oil and gas production in the U.S. meant that it occurred elsewhere. The result was modestly higher prices. But the sanctions on Russian oil & the success of climate activists restricting O&G production in Africa make the supply crisis even more acute. https://t.co/tb6NYZ8DHF

They “want to turn what the Founding Fathers called the ‘cooling saucer of democracy’ into the rubber stamp of dictatorship … They want to make this country into a banana republic… It will be a doomsday for democracy…” pic.twitter.com/Qb2ttfkd7M

I thank Governor Carney for this swift and necessary step to get women the care they need.

After the Supreme Court overturned Roe, the Biden White House is now referring the public to https://t.co/CpSZ3ETd7b.

The website the White House highlighted includes information for minors, children “15 or younger,” on how they can bypass parental notification laws. https://t.co/7vbKofIY7K

And when parent(s) have to grab their health insurance card as they call EMTs or run minor Buffy to the ER bleeding out & in acute pain & spiking a temp of 105 & the ER Dr/NP ask how’d this happen that’ll be a F-ing fantastic referral to brag about esp when the copay bill comes.

PS: Are these Biden gov-referred abortion providers exempted from lawsuits like the big pharma vax companies are?

Biden: “[T]he one thing that has been destabilizing [the world] is the outrageous behavior of the Supreme Court of the United States in overruling not only Roe v. Wade, but essentially challenging the right to privacy.” pic.twitter.com/HUuJlOktOH

Get him the f-ck out of here https://t.co/vyA1yZepzg

Biden is on foreign soil aggressively trying to delegitimize American institutions for the purpose of advocating unrestricted late-term abortions.

He’s preaching to countries that basically STILL have far stricter abortion regulations that the US in individual state status. He’s a filthy lying idiot. pic.twitter.com/OZqNN3R37Z 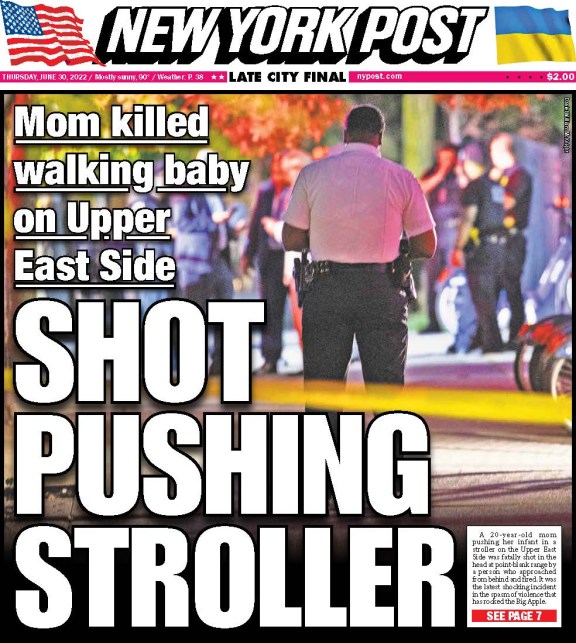 The victim, identified by her mother as 20-year-old Azsia Johnson, texted relatives that she had been planning on meeting her infant’s dad on Wednesday night, according to the sources.

“She was targeted. It was a close head shot and there were powder burns,” a high-ranking police source said.

Johnson had been assaulted by her ex-boyfriend in Jamaica, Queens, about six months ago while six months pregnant with his child, her heartbroken mom, Lisa Desort, told The Post.

Following the altercation, Desort said, the ex-boyfriend continued “stalking” and harassing her daughter. They called police for help, but he was not arrested, she claimed.

“We called the precinct numerous times to tell the [domestic violence] unit that he was stalking and harrowing her. Even [though] they knew what apartment he lived in, they failed to apprehend and arrest him,” the mom continued.

“The city failed to protect my daughter.”

The NYPD didn’t immediately return a request for comment. Law enforcement sources confirmed Johnson had previously been the victim of a domestic violence incident, and that her shooting death was “domestic” in nature…

Emma Colton: Former NYC top cop says his own wife was assaulted in Manhattan in broad daylight amid rising crime: Bratton has served as New York City’s police commissioner twice across his career As usual, the leftist dems do not need or want anything to do with evidence, facts and/or data…

Rachel Alexander: Move Over J6 Protesters, the Left is Back Outdoing You With Violence: Two standards of justice.

Anne: Do you have numbers to show that it’s the concealed carry permit holders that are committing crimes?

Translation: “I don’t need no stinkin’ facts to back-up the bullskutt I’m spewing. I’ve got feelings and that’s what I operate on … what we ALL should make laws on! Data? I spit on your data…” https://t.co/TuDSJMhnhH

When ‘facts and data’ get in the way of ‘feelings’…