February 13, 2020 — It is being reported today that several former members of the Trump administration may be returning to the White House.

According to Jennifer Jacobs of Bloomberg News, in an article entitled ‘Former Trump Aide Hope Hicks to Return to White House as an Advisor‘ we can expect to see Hope back:

Former White House aide Hope Hicks is returning as a senior adviser to President Donald Trump, reuniting him with one of his closest confidants as his re-election campaign accelerates, according to three people familiar with the matter.

Hicks’s title will be counselor to the president, and she’ll work with Trump’s son-in-law and senior adviser Jared Kushner and White House director of political affairs Brian Jack. Their projects will include coordination with Trump’s re-election campaign, one of the people said.

‘There is no one more devoted to implementing President Trump’s agenda than Hope Hicks,’ Kushner said in a statement. ‘We are excited to have her back on the team.’

Hicks left the White House in 2018, the day after she testified before the House Intelligence Committee and admitted to occasionally lying in the course of her job as Trump’s communications director. She joined Fox Corp. as an executive vice president and chief communications officer for the parent company of Trump-friendly Fox News.

Trump regarded Hicks as one of a handful of reliable confidants during the tumult of his shoestring 2016 campaign and the beginning of his administration. She sat directly outside the Oval Office and enjoyed unique access to the president. – Jennifer Jacobs, Bloomberg News

Hope Hicks was recruited from the Trump organization prior to her work on the presidential campaign and in the Trump administration.

Ms. Hicks will be working directly for Jared Kushner, the President’s son-in-law. She may not be the only former administration official to be brought back by Kushner. The New York Post is reporting that two other former officials may be coming back also:

Sean Spicer, his former press secretary, and Reince Priebus, his first White House chief of staff, will take new roles as members of the President’s Commission on White House Fellowships.

The White House announced their unpaid honorary positions on Tuesday.

The new gigs are unlikely to get them much ink in the papers, but will give them the ability to help select winners of coveted fellowships in the administration.

Spicer and Priebus both lost their White House jobs in the summer of 2017 after Trump hired Anthony Scaramucci to be his communications director.

Spicer resigned in protest and Priebus was fired after enduring a vulgar diatribe in which the ‘the Mooch’ accused him of leaking information to reporters.

The former chief of staff was dismissed via presidential tweet in late July 2017 after joining the president aboard Air Force One.

Spicer remains a Republican Party loyalist and competed last year on ‘Dancing with the Stars,’ losing despite Trump’s enthusiastic backing.

Trump rarely casts out former aides permanently, and has dispensed honorary roles to others. Kirstjen Nielsen, his former secretary for the Department of Homeland Security, was relieved of command in April only to be brought back in October as a member of the National Infrastructure Advisory Council. – The New York Post

Unlike some former members of the Trump administration, both Spicer and Priebus have kept a relatively low profile and have been vocal supporters of the President’s initiatives. 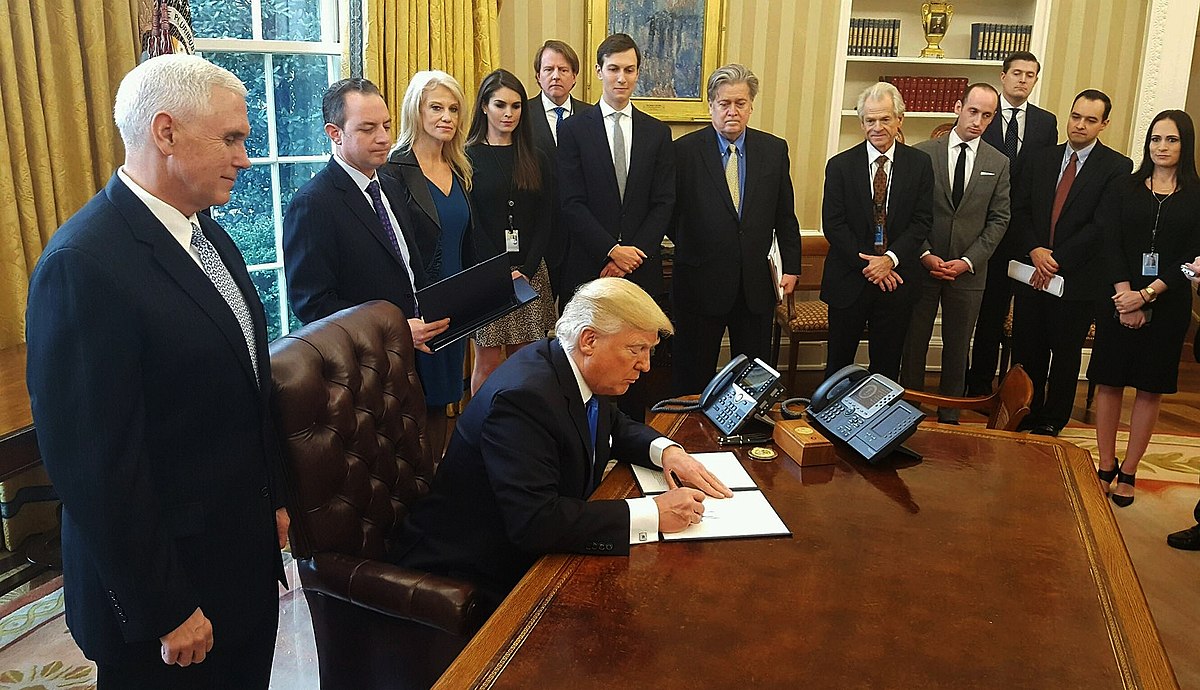 ~~This story is still developing, please check back for updates!