An April full moon over the Easter Bunny to light the way to the waiting Easter baskets.

In New York City, moonrise for the full moon is at 7:42 p.m. EDT on April 16, nearly five hours after it is officially full, according to timeanddate.com. The sun sets that evening at 7:36 p.m. The timing of lunar phases depends on the moon and its position relative to Earth, so the hour It becomes officially a full moon will differ according to one’s time zone…

Through binoculars or a small telescope the full moon will look very bright — so much so that details can often be lost. From a lunar observer’s perspective the sun would be directly overhead – it would be noontime – so there are few shadows to give contrast. Moon filters are available that can make some features stand out, but if one waits a few days after the full moon or observes a few days before, shadows bring out more detail… 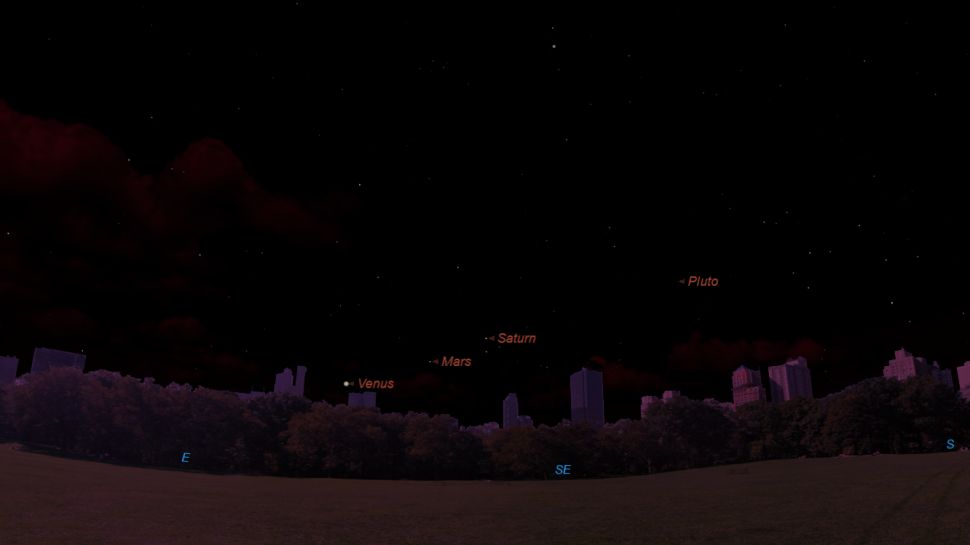 This sky map shows the locations of the visible planets Venus, Mars and Saturn in the predawn sky at 5:30 a.m. EDT looking southeast on April 16, 2022, the day of the full Pink Moon. Pluto is not visible to the unaided eye. (Image credit: Starry Night Software) …

On April 16, as the moon gets higher in the evening, the sky will be empty of naked-eye planets…

Despite its moniker, the Pink Moon isn’t actually pink. The name “Pink Moon” comes from the bloom of ground phlox, a pink flower common in North America, according to The Old Farmer’s Almanac. It has also been called the Sprouting Grass Moon, the Egg Moon and the Fish Moon…

Yes, the above sky map picture is hard to see. 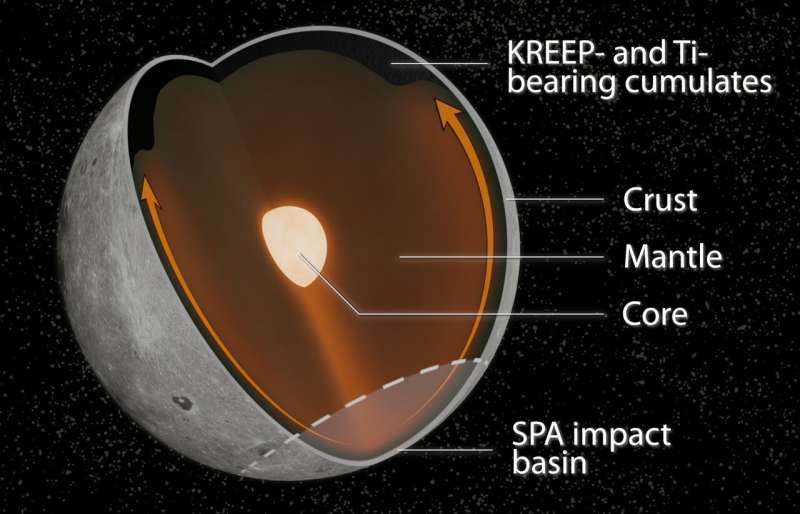 Brown University: Differences between the Moon’s near and far sides linked to colossal ancient impact

The face that the Moon shows to Earth looks far different from the one it hides on its far side. The nearside is dominated by the lunar mare—the vast, dark-colored remnants of ancient lava flows. The crater-pocked far side, on the other hand, is virtually devoid of large-scale mare features. Why the two sides are so different is one of the Moon’s most enduring mysteries.

Now, researchers have a new explanation for the two-faced Moon—one that relates to a giant impact billions of years ago near the Moon’s south pole…

More than 50 years after Neil Armstrong collected moon dust on the Apollo 11 mission, an anonymous buyer purchased the sample for just over $500,000 at an auction.

Bonhams, an international auction house, completed the sale on Wednesday for $504,375, according to its site.

The lunar dust is the first sample from the mission that could be legally sold. Adam Stackhouse, a Bonhams specialist, told CNN it was hard to determine its value.

“This estimate gives it a sense of importance,” he told the outlet, “but it’s really difficult to say where it will sell.”

According to a Bonhams spokesperson, the estimate for the moon dust before the auction was between $800,000 to $1.2 million.

The samples returned to Earth in 1969 and were taken from the seams of a bag where the first lunar sample was placed, Space reported.

A comet larger than the state of Rhode Island, and the biggest ever discovered, has been confirmed by astronomers using the Hubble Space Telescope, according to NASA.

NASA shared the discovery of the comet in a press release on Tuesday and shared that it is “as big as 85 miles across” with a nucleus that is “50 times larger than found at the heart of most known comets.”

The findings of the discovery of the comet were published in The Astrophysical Journal Letters on Tuesday.

Named “C/2014 UN271,” the comet was discovered out of the Cerro Tololo Inter-American Observatory in Chile by astronomers Pedro Bernardinelli and Gary Berstein. The study confirmed the size and existence of C/2014 UN271 after it was first seen in 2010, NASA said. This diagram compares the size of the icy, solid nucleus of comet C/2014 UN271 (Bernardinelli-Bernstein) to several other comets. The majority of comet nuclei observed are smaller than Halley’s comet… “One of the rules for building spacecraft is to have as few moving parts as possible,” Andy Bunker, Oxford University astrophysicist, grins. “And that’s why we have built something that has a quarter million shutters.”

Bunker is talking about NIRSpec, the Near Infrared Spectrograph, one of the four instruments on the James Webb Space Telescope, that are just getting ready to open their eyes to the cosmos. He is one of seven European scientists that have shaped the design of NIRSpec (which is funded by the European Space Agency), and is now eagerly awaiting the moment when the instrument starts delivering data.

“I’ve always been interested in pushing the limit for the most distant known object,” Bunker told Space.com. “That goes beyond simply holding the record. It’s about understanding the early stages of the universe, when the first stars and galaxies formed. And we’re trying to chase this.”

With its giant 21.6-feet-wide (6.5 meters) mirror, Webb was built to study the oldest and most distant galaxies that emerged in the young universe from dust and gas after the dark ages following the Big Bang. It will do that by observing infrared light, the heat-carrying part of the electromagnetic spectrum with longer wavelengths than visible light. Scientists know that although those earliest stars emitted visible light, because of their vast distance and the expansion of the universe, this light shifted into the infrared part of the spectrum, an effect known as the redshift.

NIRSpec, with its rule-breaking quarter of a million microshutters, will give Webb’s capabilities a boost. In fact, NIRSPec will exceed more than one hundred times the capability of a similar instrument flown on the Hubble Space Telescope, which is, in many ways, considered Webb’s predecessor (although the two will work in parallel, for some time)…

Alien Planets Where We’d be the Aliens: 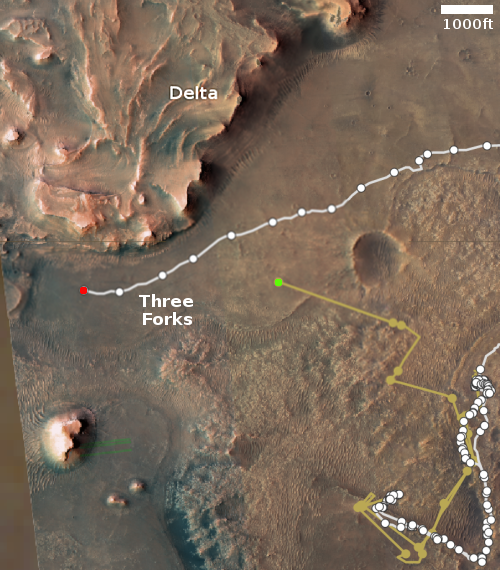 The overview map shows the location of both rover and helicopter as of today. The red dot is Perseverance, the green dot is Ingenuity. The rover has now completed its entire planned travels, as announced in June 2021. Where it goes next has not as yet not been announced. According to the team, they plan to use Ingenuity to scout out possibly routes up onto the delta. This likely means the rover will likely spend some time at the base of the delta, getting as much data as it can, while Ingenuity does this scouting work.

Jennifer Leman: Neptune Is Getting Hella Cold, And Astronomers Are Frankly Puzzled

Neptune is seriously chilling out.