Shatner will now be in the records books as the oldest man in space.
That is, until Vlad Putin decides to launch someone older on Russia’s next launch.

If William Shatner doesn’t say “Beam me up, Scotty” at least once today … I’ll consider it a failed mission. 😂

Don’t know if he did say it, but from Shatner’s post-landing remarks to Jeff Bezos he was mesmerized by the experience and in total awe, and even overcome, by what he had witnessed: “I hope I never recover from it.”

The Star Trek alum, 90, became the oldest person to ever to reach the edge of space — the Kármán line, which is 62 miles above Earth — on Wednesday when he traveled on Blue Origin’s New Shepard 4 for the 10-minute commercial flight…

Lucas Manfredi: William Shatner says space was ‘unlike anything I’ve ever seen’: The 90-year-old actor has officially become the oldest person to fly to space

“What you have given me is the most profound experience,” the 90-year-old actor, best known for his portrayal as Captain James T. Kirk on “Star Trek,” told Blue Origin founder Jeff Bezos moments after exiting New Shepard’s capsule. “I’m so filled with emotion about what just happened. I just I hope I never recover from this. I hope that I can maintain what I feel now — I don’t want to lose it. It’s so much larger than me and life…It has to do with the enormity and the quickness and the suddenness of life and death.”

“Everybody in the world needs to do this,” he added. “It was so moving.” 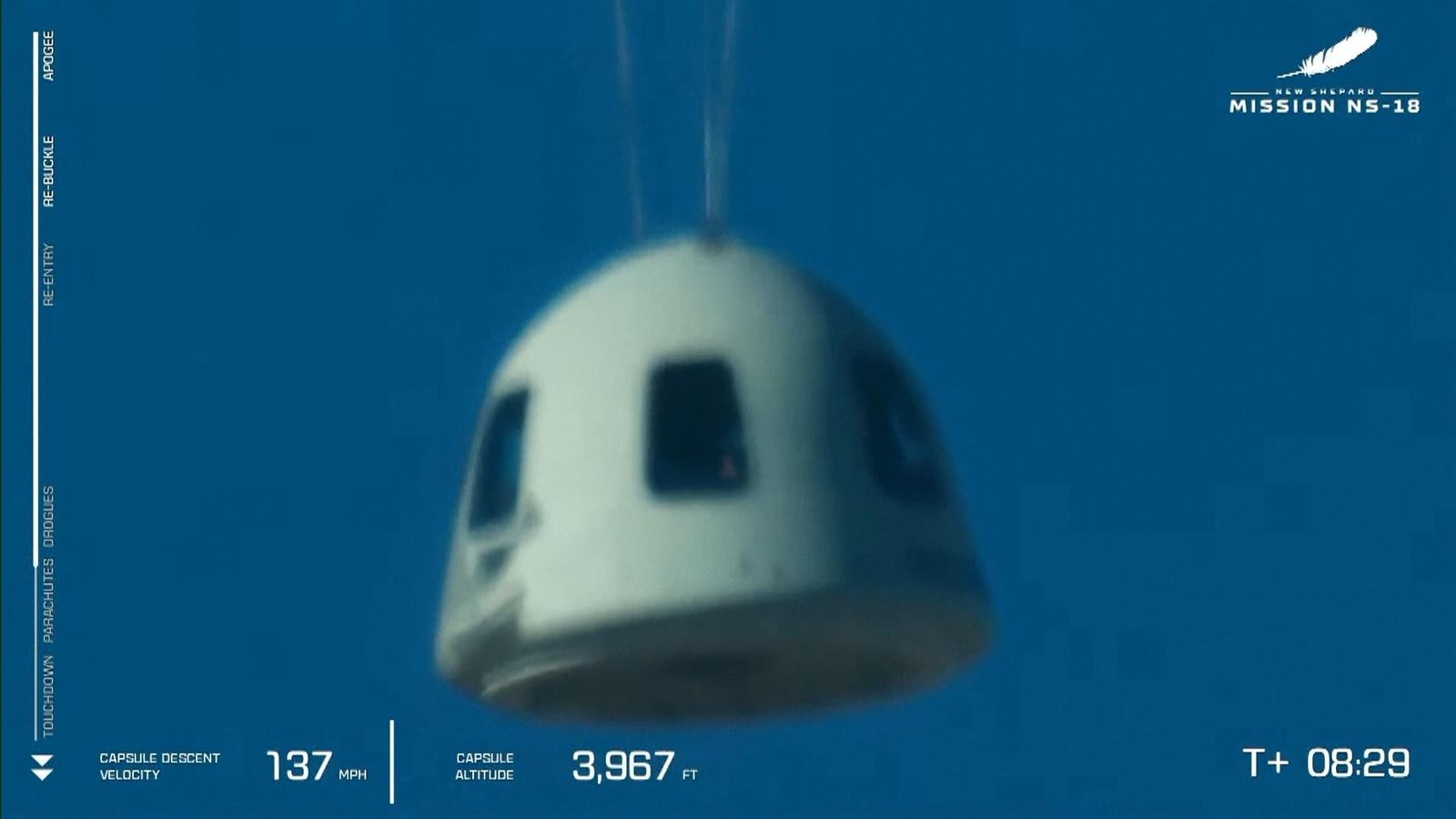