April 16, 2020 – Former Alphabet and Google CEO Eric Schmidt appeared as a guest for an interview at the Economic Club of New York on April 14, 2020. During the livestream, Schmidt railed against the Trump Administration, claiming he “fumbled the ball on this crisis” while simultaneously praising monolithic big tech behemoths like Amazon. He claims these Silicon Valley monopolies are “stepping up” in such an “admirable” way.

Not everyone agrees with this sentiment, and are calling Eric out:

here's the thing about Eric Schmidt pleading for the public to show some gratitude toward corporate COVID saviors …. it stinks. https://t.co/e8IT9v9c8z pic.twitter.com/PURGJcyIWI

Eric Schmidt wants you to be grateful for Big Tech.

As anti-trust scrutiny grows, the former CEO of Google argues that we should “remember” how essential the tech giants are proving to be during this crisis.https://t.co/fNacq8ia4X

According to an article by Vox entitled “Former Google CEO Eric Schmidt Hopes the Coronavirus Makes People More “Grateful” for Big Tech” Schmidt thinks you should be grateful for the companies who have been censoring and oppressing people:

Eric Schmidt, the former CEO of Google, thinks the coronavirus pandemic should teach Americans to be ‘a little bit grateful’ for powerful tech companies — and angry at their government.

One of the country’s richest people, Schmidt made his most extensive comments about the pandemic to date on Tuesday, criticizing Washington’s response to the crisis as so ham-handed that it ‘cost us lives.’ To the contrary, Schmidt argued, private companies like Amazon have stepped up as leaders, which Schmidt suggested should soften our criticism of tech giants more broadly.

‘Think about what your life would be like in America without Amazon, for example. The benefit of these corporations — which we love to malign — in terms of the ability to communicate … the ability to get information, is profound — and I hope people will remember that when this thing is finally over,’ Schmidt said on a livestream to the Economic Club of New York. ‘So let’s be a little bit grateful that these companies got the capital, did the investment, built the tools that we’re using now and have really helped us out. Imagine having the same reality of this pandemic without these tools.’

That messaging, which few other tech leaders have made so starkly, comes amid two related trends: Big Tech is indeed using its resources and know-how for the common good, such as the announcement last week that Apple and Google would deploy their technology to trace people who may be infected with Covid-19. But concerns are also mounting that these companies — and the billionaires leading them — will emerge more powerful than ever as we gravitate toward digital companies like Amazon and away from their competitors in traditional retail. – Vox

We have previously reported on Google’s attempt to manipulate and change behaviors during the Coronavirus “pandemic.”

He even claims “this will change our society for much longer than we think. It’s not going to be a quick recovery back to the hugging and kissing and restaurants and all the behaviors that were perfectly fine before the pandemic.”

He says we need to keep the economy closed “until we have a vaccine.” He says that the Coronavirus will make Silicon Valley big tech companies “stronger” and “better” than ever before. Claiming it will be a boon for the emerging biotech fields and Artificial Intelligence.

Prior to the outbreak, Google, Amazon and several other big tech companies were facing anti-trust investigations on a scale not seen before. Schmidt claims this “crisis” has revealed how important and reliant we are on technology.

He says the Trump administration should have given “billions in grants” to big tech monopolies to “create a framework for the future” immediately after the first reports of the virus appeared. He even said “history will judge” President Trump for not “acting fast enough” by giving Silicon Valley even more power and control.

And Schmidt has the consummate gall to claim you should eat “plant -based” faux meat, while he and his fellow oligarch cronies enjoy Filet Mignon:

What do Bill Gates, Tyson Foods, former Google CEO Eric Schmidt, and Burger King have in common? They all see a very bright future for plant-based meat. https://t.co/fcg24LxfEf

No, I don’t think I want any meatless meat, not now or anytime in the future.

So let’s be a little bit grateful that these companies got the capital, did the investment, built the tools that we’re using now and have really helped us out. Imagine having the same reality of this pandemic without these tools.

These “tools” would be the global public tracking that we have covered recently that are being rolled out across the world at breakneck speed. 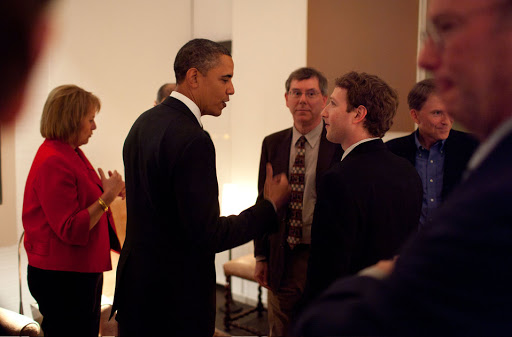 Here is the interview in full:

This story is still developing.