December 23, 2020 – PayPal has officially and permanently banned Patriots’ Soapbox. They have provided no explanation for doing so, just a generic statement about violating terms, which we most certainly did not do and for which no proof was provided that we did so.

This now makes Patriots’ Soapbox one of the MOST censored and de-platformed entities in existence. We have been banned or censored by the following:

This is in addition to endless harassment and defamation and blacklisting by major conservative voices and outlets who refuse to even mention our name, let alone cover all the attacks that have been waged against us, to try to shut us down.

Thanks @PayPal @AskPayPal there is no option to appeal, and they don't even say what we "did" wrong. It's arbitrary and based on their own whims and politics. Merry Christmas, huh? #BoycottPayPal #PayPalHurtsStrugglingAmericans pic.twitter.com/uewbTf6jRk 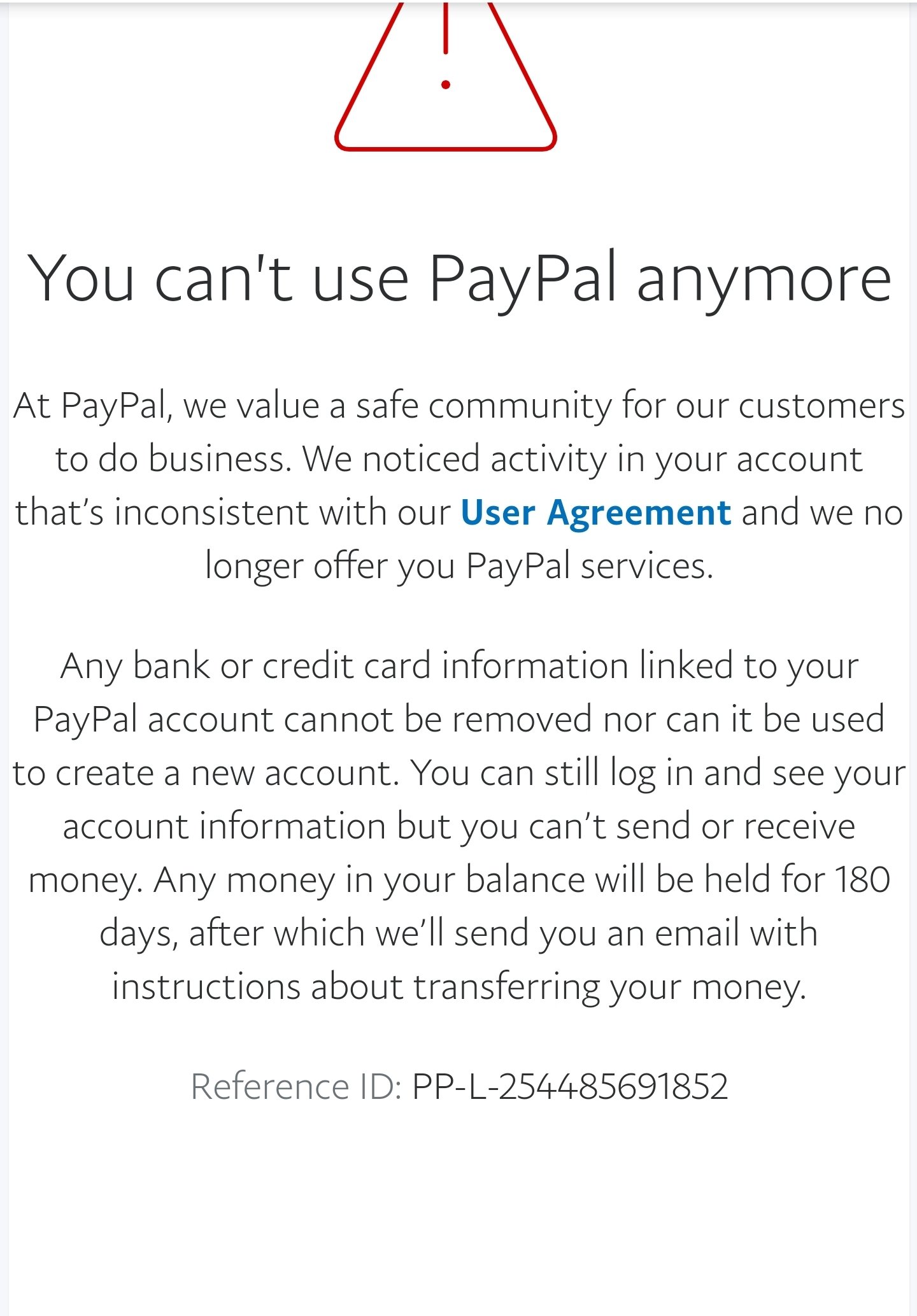 As you can see, Paypal took the initiative to “review” our account activity, which is completely normal and follows their terms, and determined we somehow violated their “acceptable use policy” which is a vague statement that means nothing. They have  provided no documentation demonstrating what we did wrong, nor any ability to remedy the situation. I love how they also add they get to arbitrarily hold any funds in the account for 180 days, in the middle of a pandemic, while Americans are struggling, and the week of Christmas. Very classy Paypal, very classy.

What is it about Patriots’ Soapbox that has earned us the scorn, ire and contempt of such massive Big Tech platforms? Why are we endlessly and consistently singled out? Why is it that SOME channels who cover things like “Qanon” far more than we do, making it their niche, have been ALLOWED to amass over 400k followers on platforms like Twitter, and have somehow escaped being banned?

Quite frankly, I think we all know the reason. The Pentagon and Intelligence Community create and promote “influencers” so that THEY can control the so-called “alternative media” sector and steer it. They make sure that some people are artificially boosted, but people like us are buried. These same “influencers” then get mentioned, or support from big names or platforms in the conservative movement, like the Epoch Times or Newsmax or OANN. People like Dan Bongino plug them. BlazeTV sometimes promotes them or interviews them.

We are the first and only 24/7 volunteer-run network, staffed by normal American people, the regular sort you do business with every day in your small or large villages, towns and neighborhoods. Despite our unique program, none of these places will even MENTION Patriots’ Soapbox, let alone ever promote us or cover the relentless attacks targeting us.

In the past I have tried reach out for support when we were attacked. Not even the people we supported and spoke up for when they needed it, will speak up for us and that is fine. But it speaks volumes about how “influencers” work. Even if you previously spoke up for them, you are ignored if you don’t join their self-promotional cliques. Not always how they appear on the heavily controlled internet, these people can be ruthless.

Uncontrolled by them and unable to be influenced with “paid sponsors” and promotion, the powerbrokers cannot permit a platform like ours to exist offering 24/7 content free to all. The reason must be simple. It creates competition for their paid “influencers” and IIA operatives.

No one covered the news of the West Point CTC attack on us and named MY FAMILY personally as potential “domestic terrorists,” next to Al Qaeda in their manual. I reached out to many people and begged them to speak out and cover the story. Not one of them even responded. Not ONE other “online researcher” or “YouTuber” was subjected to that kind of insanity. Because of the endless hit pieces, and the West Point CTC manual, I will never be able to work a normal job again. Now they want to take away my ability to do the only thing I can do: keep exposing them.

Patriots Soapbox has provided a place for you, 24/7 even on holidays with no breaks in coverage, even when de-platformed, even when attacked, now we need YOU to be there for us. We need your support. We need you to share this information, try to get others to cover and talk about what is happening to us, and if God has blessed you with the ability, you might donate to the last place we can receive your gifts, our Post Office Box.

Only do this if you can afford to do so. We cannot afford to keep doing this, when we have monthly bills for our servers, website, taxes coming up, etc. We have lost all our monthly payments, and our online donations. We really need your help and commitment to try to get the word out about what we are doing here. Without you, there is NO Soapbox.

Sad. You guys will figure it out.
Merry Christmas to you both. I see you have garnished 15K hopefully that helps your endeavors.