Editor’s note: Not my cat. Stock photo on Bing.

Editor’s note: I began working on this post hours before sunrise Thanksgiving morning. I’m probably/possibly catching up on that lost sleep as you read this.

It’s “Black Friday” and, yes, there are seriously dumb and mentally disturbed people in our country that believe the shopping term is ‘racist’, ‘divisive’ and ‘offensive’. I’ve yet to hear one of these people’s explanation as to how the term ‘Black Friday’ can be connected to race other than the appearance of a color in it.

The term “Black Friday” refers to businesses and retailers near the end of annual accounting going from “in the red”, ink color (used to denote a warning or emergency) on the accounting books meaning not making a profit or breaking even from the company’s/business’s spending for the year, to changing to black ink for “in the black” with the massive holiday sales pulling the accounting books back to reflecting a successful and profitable accounting year.

When this is explained to the people who believe everything is ‘racist’ some still don’t buy the real meaning. They are mentally ill. That brings me to the corporate MSM whose ratings are in the deep red and sinking to viewership bankruptcy. And it’s all their own fault.

In my amateur knowledge of law and order I do know that every trial sets precedent for future trials. Hence, had the Rittenhouse verdict been “guilty” it would have impacted pretty much all future self-defense cases. It would also have fueled the anti-gun and anti Second Amendment politicians and lobby groups and activists.

We always hear the left claiming our court and justice system is “broken”. Well, they’re half right. More and more Americans are witnessing on the TV courtroom, where the no-longer fact based but political opinion-charged news media talking heads self-appoint themselves to rule as judge, jury, and sentencer/executioner. The recent Rittenhouse trial has so explicitly exposed this so damningly that I have lost count of the people, not just fence-sitters but full-on liberals with more than a handful of brain cells and sanity, who have taken a baffled stumbling step back upon awakening to the MSM’s shameless attempted public railroading of Kyle Rittenhouse in the minds of the American people. Those awakened people all listed the line of prosecutorial lies the MSM spun hard … while ignoring the actual prosecution’s falsehoods … and ran as a totally false premise and fake narrative every moment of that trial when they reported, and had these viewers/readers of their news fully believing it all as FACTUAL truth. But it wasn’t. It was “their truth” (MSM’s). Those fact-stunned people said they now find themselves seriously questioning and distrusting not only past things the media has covered but current events ongoing and future events that they cover.

The Rittenhouse trial was just as much the biggest overdue trial of the malpracticing MSM … Rittenhouse won his battle for self-defense. The public verdict on the MSM was “guilty” on all counts. Finally, they have been exposed.

Kevin Downey, Jr: Is the Media Culpable in Cases Like Waukesha? … They really are responsible for helping create this anti-American atmosphere of “guilty until proven innocent and even so still guilty no matter what”. So, the answer is yes.

Now the MSM are not helping their “journalistic integrity” deficits with their newspeak and warped coverage of the horrific slaughter of innocent peaceful pedestrians in Waukesha, WI. by an unconscionable decades long criminal driving the SUV. By the way, one way the media is newspeaking this current case is by not saying the perp’s name and making it sound like the vehicle committed the crime, and by insisting it must be referred to as an “incident” or “accident” instead of using more accurate terms to describe what happened…

Matt Margolis: Washington Post Says Waukesha Massacre Was ‘Caused by an SUV’: The Waukesha massacre doesn’t fit the narrative the mainstream media typically likes to promote, so they’ve been generally trying to ignore it…

Twitchy: Washington Post says the ‘Waukesha tragedy’ was ’caused by a SUV’

Remember, parents confronting their local school boards were domestic terrorists…but the children murdered in Waukesha was “caused by a SUV” https://t.co/5QgwSVmFTR

Such an insult to the innocent grandmothers and children who died.

What pieces of shit these people are.

They know what they’re doing. https://t.co/ftOIlK9hrw

And the MSM is not alone in this…

As the background evidence of the basis for Darrell Brooks’s massacre of citizens of a small midwestern town, the same MSM and it’s satellite minions on social media step up their gaslighting of yet another very public criminal case. Some even evading covering areas of it. As prosecutors the media sure does love withholding evidence in the “court of public opinion”. And I say this a a former media/news media member. When I left that career over 30 years ago to start and raise a family it was nowhere near this bad.

But the SJWs and BLMs and antifa fascists told us they fully intended to tear down our system from top to bottom and rebuild it in their image of ‘justice’ and ‘equity’ in a move for judicial and societal ‘reparations’ where a Darrell Brooks is protected by removing him and his criminal intent and crime from these cases and excusing the whole thing just STFU. And a Kyle Rittenhouse, by way of being white and not being ‘with’ the destructive violent mob in their retribution quest in the streets (you know, not the right kind of white guy) he and his alleged crime was all racist all daylong everyday. So much so that those awaken people I mentioned above first listed the MSM lie that the three men Rittenhouse shot were black.

Unfortunately the social justice blokes are a bit more correct in the system being broken. And that is self-inflicted because in addition to media influencing tone and even outcomes of our courts, via judge and/or jury intimidation as was fully on display in the whole of the Rittenhouse trial, outside influencers and their big money, such as George Soros, are responsible for many leftist “activist” AGs, DAs, prosecutors, court commissioners, judges on local and state and even federal levels by funding and fueling their campaigns/career climbs…

For example, you’ll note the same MSM that continues to promote complete lies about what happened on January 6 are not reporting on the unethical bullshit the judge(s) are making up out of whole cloth as “laws” in their ruling on and unfairly sentencing these 10 month-held prisoners.

And now we have this unfolding…

Thousands of local governments and plaintiff attorneys are seeking to extort companies in the drug supply chain by holding them liable for the nation’s opioid epidemic. Now armed with a jury verdict, a federal judge is holding Walgreens, Walmart and CVS hostage to a settlement.

That sums up the news on Tuesday that a jury in a bellwether case in Ohio has found the three large pharmacy chains liable for creating a public nuisance by filling opioid prescriptions. The companies say they plan to appeal, but they will have to wait until federal Judge Dan Aaron Polster, who presides over the consolidated cases, issues a separate ruling on damages.

Our sources say Judge Polster separated the verdict from the pecuniary punishment to squeeze the companies to settle this case and thousands of others that have yet to go to trial. The two Ohio counties that are the leading plaintiffs have each estimated their costs from the opioid epidemic at about $1 billion. Potential liability for claims by all the plaintiffs could be many times greater.

The Sixth Circuit Court of Appeals has criticized the judge for violating basic judicial procedure, and the pharmacies could cite his missteps in an appeal as grounds for reversal.

The jury verdict also distorts product liability and public-nuisance law since opioids are legal products and pharmacies had no control over how they were used by customers. If the verdict stands, or the companies settle, the precedent could lead to similar nuisance suits across much of the U.S. economy… 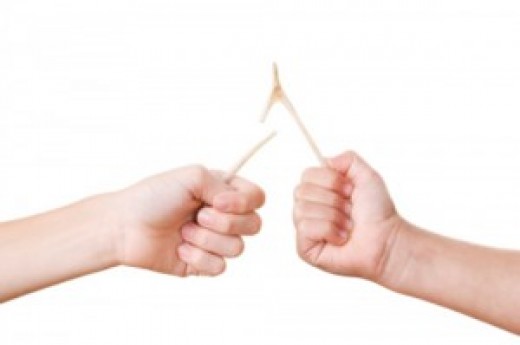 I honestly feel like we are in a spiritual battle between good and evil, and a lot people are choosing the side of evil because it’s easier.

That says a lot.

Twitchy: HO HO HUH? The Salvation Army going WOKE and demanding a ‘sincere apology for white racism’ with donations goes SO wrong … Can’t wait to hear MSM spin the backfire on the 2020 Holiday season decreases in Salvation Army donations. They can’t cite inflation because they’re already weeks into hailing inflation as ‘great’. And they can’t really twist this ridiculous race-baiting donation tactic into having worked for charity donations.

Joseph A. Wulfsohn: Seth Rogen goes viral after shrugging off Los Angeles car burglaries: ‘It’s called living in a big city’: Actor says his car was broken into ’15 or so times’ since living in LA … THAT is indeed elitist Hollywood “white privilege” right there. What an ass.

i can still be mad tho right? feel so violated.

You can be mad but I guess I don’t personally view my car as an extension of myself and I’ve never really felt violated any of the 15 or so times my car was broken in to. Once a guy accidentally left a cool knife in my car so if it keeps happening you might get a little treat.

These are the people that seriously believe Kyle Rittenhouse should have just laid on the street and allowed the violent mob, who were shouting death threats, to beat the Hell out of him and stomp his head into the pavement.