The Supreme Court on Friday overturned Roe v. Wade, effectively ending recognition of a constitutional right to abortion and giving individual states the power to allow, limit, or ban the practice altogether.

The ruling came in the court’s opinion in Dobbs v. Jackson Women’s Health Organization, which centered on a Mississippi law that banned abortion after 15 weeks of pregnancy. The Republican-led state of Mississippi asked the Supreme Court to strike down a lower court ruling that stopped the 15-week abortion ban from taking place.

“We end this opinion where we began. Abortion presents a profound moral question. The Constitution does not prohibit the citizens of each State from regulating or prohibiting abortion. Roe and Casey arrogated that authority. We now overrule those decisions and return that authority to the people and their elected representatives,” Justice Samuel Alito wrote in the court’s opinion.

The opinion comes after a leak of a draft opinion from February striking down Roe caused nationwide debate and promoted pro-choice activist protests at the homes of the six conservative justices. In addition, dozens of pro-life pregnancy centers were vandalized since the opinion leak, Catholic churches were targeted for protests and unrest, and a suspect was charged with attempted murder for allegedly trying to assassinate Justice Brett Kavanaugh…

SUPREME COURT:
“Held: The Constitution does not confer a right to abortion; Roe and Casey are overruled; and the authority to regulate abortion is returned to the people and their elected representatives”

2. SUPREME COURT:
Abortion presents a profound moral question. The Constitution does not prohibit the citizens of each State from regulating or prohibiting abortion.

Where it should have been all along. Who’ve thunk it that “Orangeman Bad” would’ve been responsible for the end of Roe v Wade? 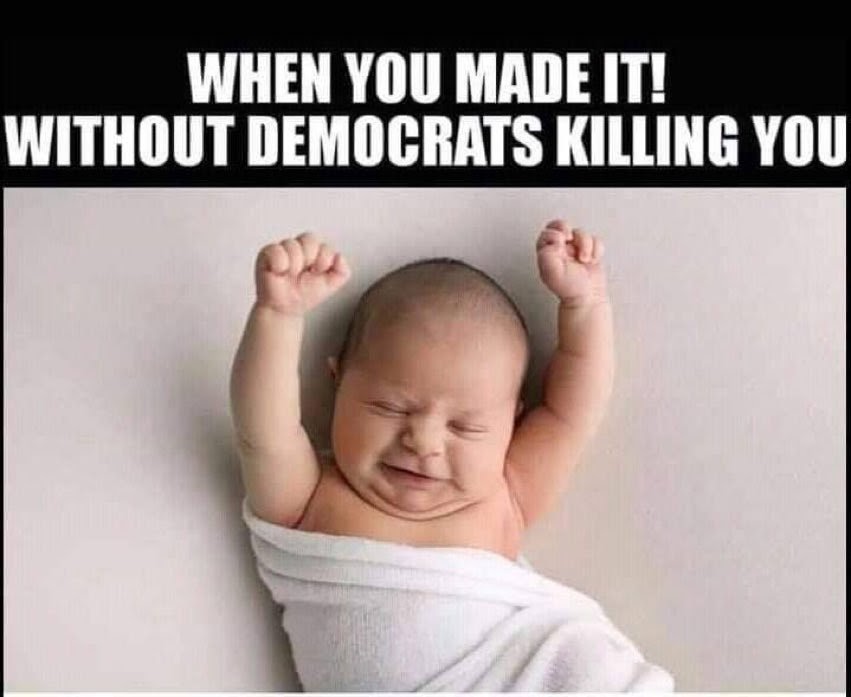 Get ready for the gnashing of the teeth — and worse. They never take any hindrance of their blood sacrifice lying down.

She just repeated a lie.

Where are the fact checkers?!

Speaker Pelosi just repeated the false claim that this decision now undo cases on contraception and other areas. That is simply untrue and the Court expressly addressed that false claim in the opinion…

…The majority rejects that claim and notes that “perhaps this is designed to stoke unfounded fear that our decision will imperil those other rights.” Having the Speaker refer to the next election despite the express statement to the Court seems to reaffirm that view.

Is this before or after she claimed to be a devout Catholic?

It simply returns the decision to the states.

Abortions will be EXPANDING in many blue states as a result. https://t.co/ip5uVqFybk

THE MSM begins its conniption fit..

Flagging this as misinformation. Courts cannot “eliminate” a constitutional right.

The Supreme Court rightly held the “constitutional right to abortion” DOES NOT EXIST.

Hey, SCOTUS, how about finally releasing the leaker and their punishment? 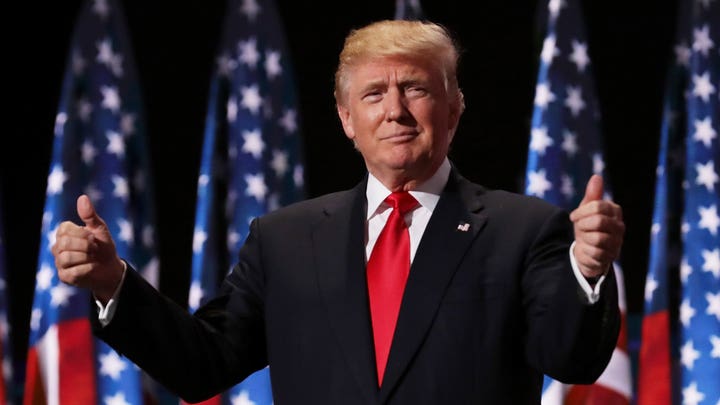 Twitchy: Feels INSURRECTION-Y: Maxine Waters goes on insane rant screeching ‘TO HELL WITH THE SUPREME COURT … We will defy them!’ (watch)

Twitchy: Hillary Clinton condemns Roe v. Wade decision, gets reminded what might have been if only… 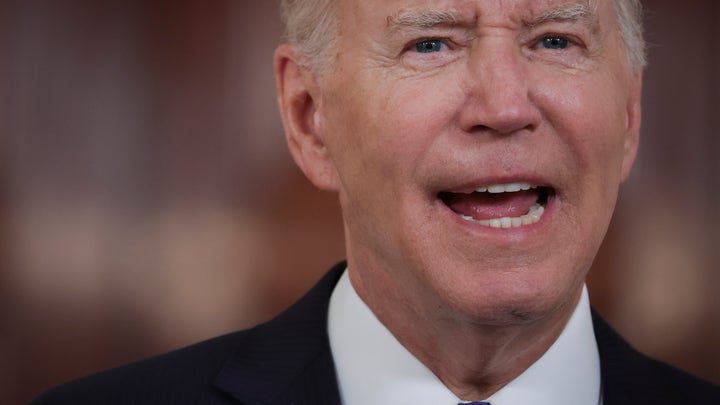 Kristine Parks: Roe v. Wade overturned: Liberal journalists rage at Ruth Bader Ginsburg for not retiring: ‘Thanks especially to RBG today for making this possible’ one writer tweeted about the Supreme Court decision

Hey, I don’t have a real problem/issue with this:

See, you pro-abort libs can take care of these ‘needs’ for women…

.@DICKS promises employees they will pay up to $4,000 in travel expenses to get an abortion pic.twitter.com/nIuHfAiGpY 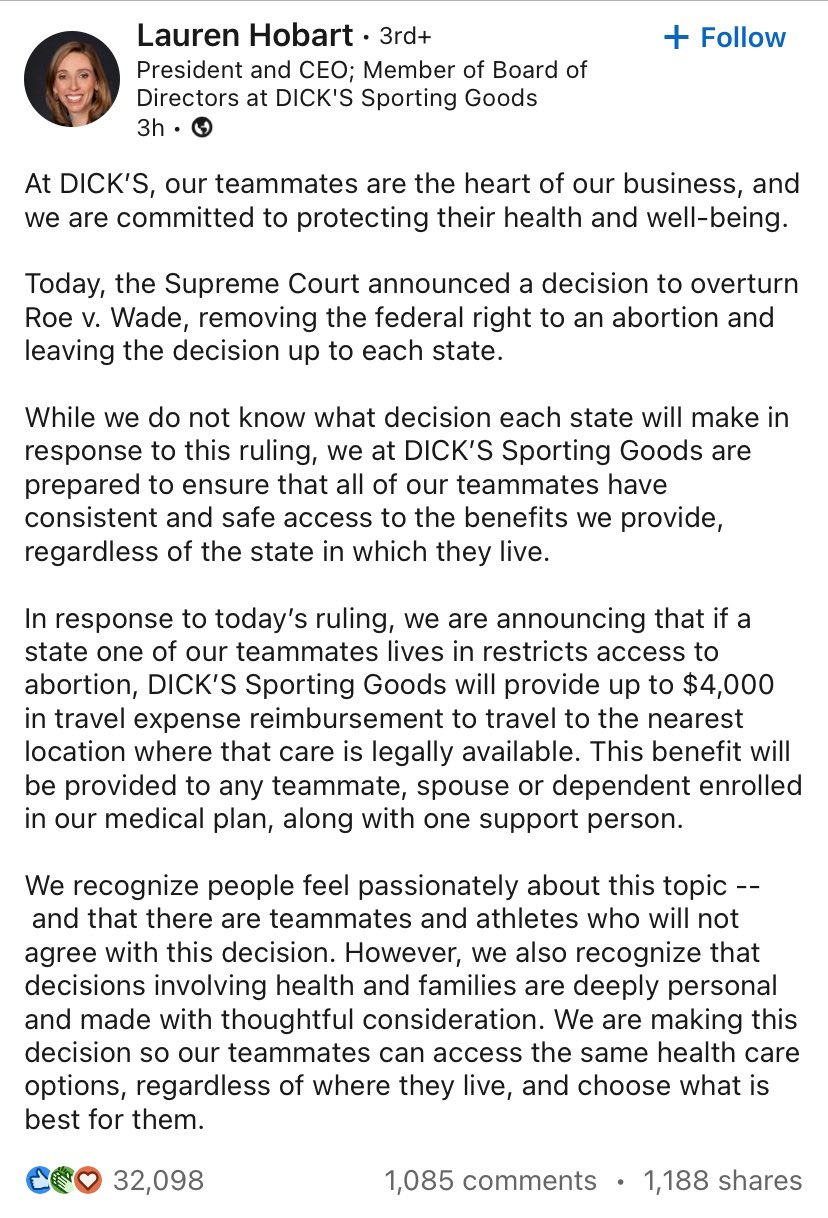 Groomers at Disney too…