September 15, 2021 — The FBI, NYPD and other agencies working together moved to arrest more than a dozen alleged members and associates of the Colombo crime family in a widespread racketeering and extortion case. The arrests include a man who prosecutors claim is the Colombo crime boss, Andrew “Mush” Russo and alleged underboss Benjamin “Benji” Castellazo. Yesterday, September 14, Feds arrested those alleged members and a 19-count indictment was unsealed in Brooklyn Federal Court.

A total of 14 defendants were charged in a wide-ranging effort to infiltrate and take control of a Queens-based labor union and its healthcare benefit program, among other schemes. They are charged with ripping off a construction union and threatening violence if they were paid from the health fund. The list of other charges include extortion, money laundering, loansharking, drug trafficking and fraud.

It appears that almost the entire administration of the family has been rolled up.

Law and Crime reported on the arrests and unsealing of the indictment:

A grand jury indictment unsealed on Tuesday charges 14 individual defendants — among them “the entire leadership structure of the Colombo crime family” — with a litany of crimes.

Bonanno family soldier John Ragano is charged with ‘loansharking, fraud and drug trafficking offenses,’ prosecutors added. But the core defendants are charged with siphoning approximately $10,000 a month away from a labor union’s health plan to help fund organized crime activities. Some of the money came through threats aimed at various union officials and their families and were taken from those officials’ salaries, prosecutors said.

Prosecutors said the Colombo crime family members were engaged ‘in a long-running effort . . . to infiltrate and take control of a Queens-based labor union . . . and its affiliated health care benefit program . . . that provides medical benefits, including dental, optical and pharmacy benefits, to the members of the Labor Union, and to a conspiracy to commit fraud in connection with workplace safety certifications.’

A request for pretrial detention filed by federal prosecutors lays out some of the case: Approximately one year ago, law enforcement agents received information that multiple members of the Colombo crime family were extorting a senior official of a Queens, New York based labor union (the ‘Labor Union’). The government’s investigation has identified that the senior official, who is named as ‘John Doe #1’ in the Indictment, was one of several individuals associated with the Labor Union or its employee welfare benefit fund (the ‘Health Fund’) who have received threats, pressure and demands from the Racketeering Defendants.

Between August 2020 and March 2021, the government intercepted telephone communications, pursuant to judicially authorized wiretaps, for telephones used by Racketeering Defendants DiMatteo, Persico, Ferrara, Vincent Ricciardo, Uvino and Domenick Ricciardo. The interceptions revealed, among other things, that the senior leadership of the Colombo crime family, including boss Andrew Russo was intimately involved in directing the extortion of the Labor Union, Health Fund and their employees and consultants.

Thirteen of the defendants were rounded up in New York and New Jersey on Tuesday. One, Vincent Ricciardo, was caught in North Carolina. DiMatteo has not been arrested and ‘remains at large,’ prosecutors said.

‘Today’s charges describe a long-standing, ruthless pattern by the administration of the Colombo crime family, its captains, members and associates, of conspiring to exert control over the management of a labor union by threatening to inflict bodily harm on one of its senior officials and devising a scheme to divert and launder vendor contract funds from its health care benefit program,’ said Acting U.S. Attorney for the Eastern District of New York Jacquelyn M. Kasulis said. ‘In addition, for their own enrichment, the defendants conspired to engage in extortionate loansharking, money laundering and fraud, as well as drug trafficking.’

Kasulis said one of her office’s priorities was to ‘protect[] the independence of labor unions.’

‘Everything we allege in this investigation proves history does indeed repeat itself,’ said Michael J. Driscoll, the FBI Assistant Director-in-Charge of the New York field office. ‘The underbelly of the crime families in New York City is alive and well. These soldiers, consiglieres, under bosses, and bosses are obviously not students of history, and don’t seem to comprehend that we’re going to catch them. Regardless of how many times they fill the void we create in their ranks, our FBI Organized Crime Task Force, and our law enforcement partners, are positioned to take them out again, and again.’

Elsewhere, prosecutors alleged that Vincent Ricciardo and Domenick Ricciardo ‘collected a portion of the salary of a senior official in the Labor Union (‘John Doe #1′) by threatening to harm John Doe #1 and his family.’ – Law and Crime

Here is what the Docket currently looks like, as of today:

Here is the unsealed indictment:

The latest filing in the case came yesterday with a 49-page detention letter:

The Colombo crime family is part of the infamous Five Families mob structure, but they are the youngest and probably the weakest of the families due to years of internal wars and strife. 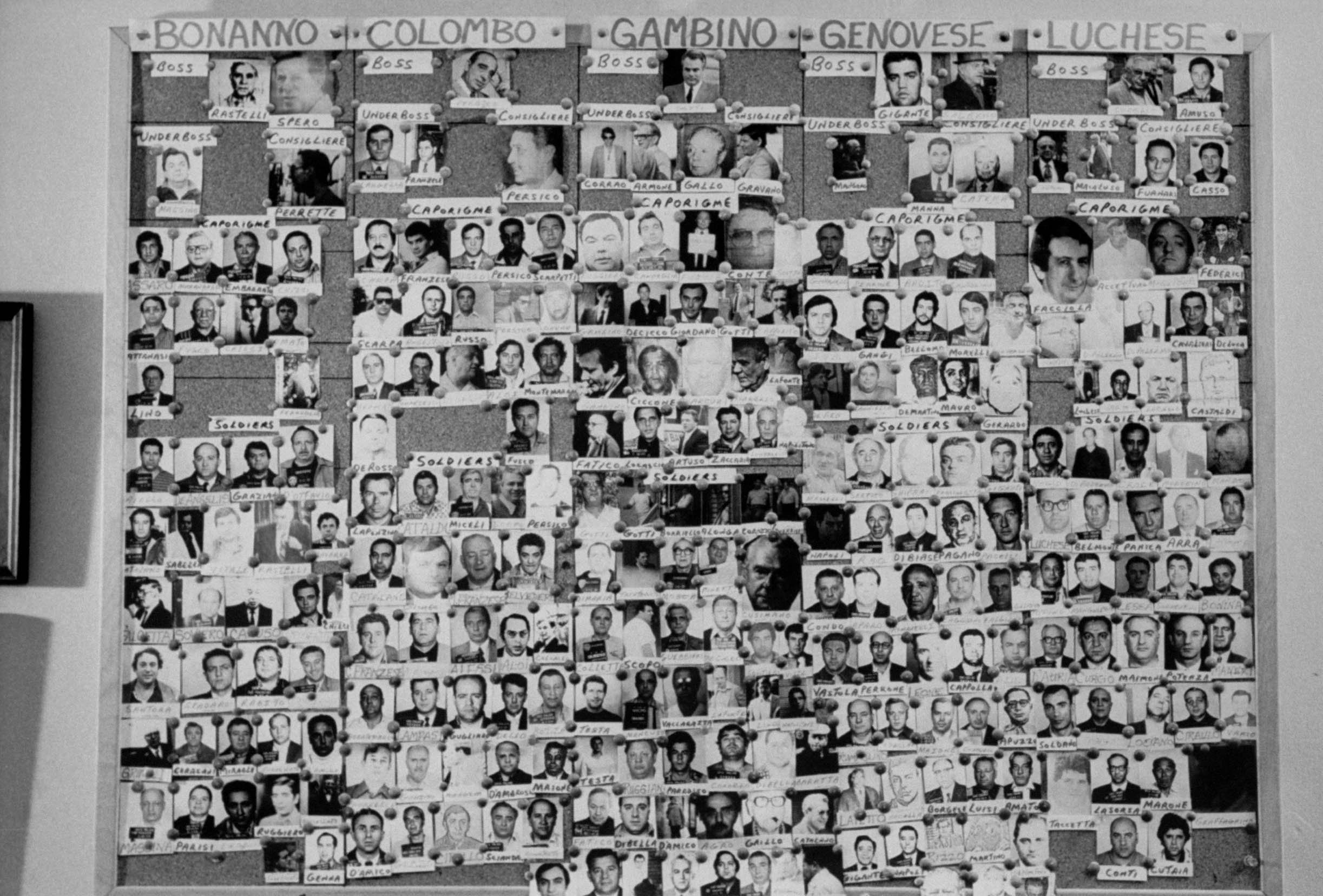 The mafia has continued to be whittled away, as modern technology and law enforcement tools make it nearly impossible to get away with the rampant criminal way of life of the past. 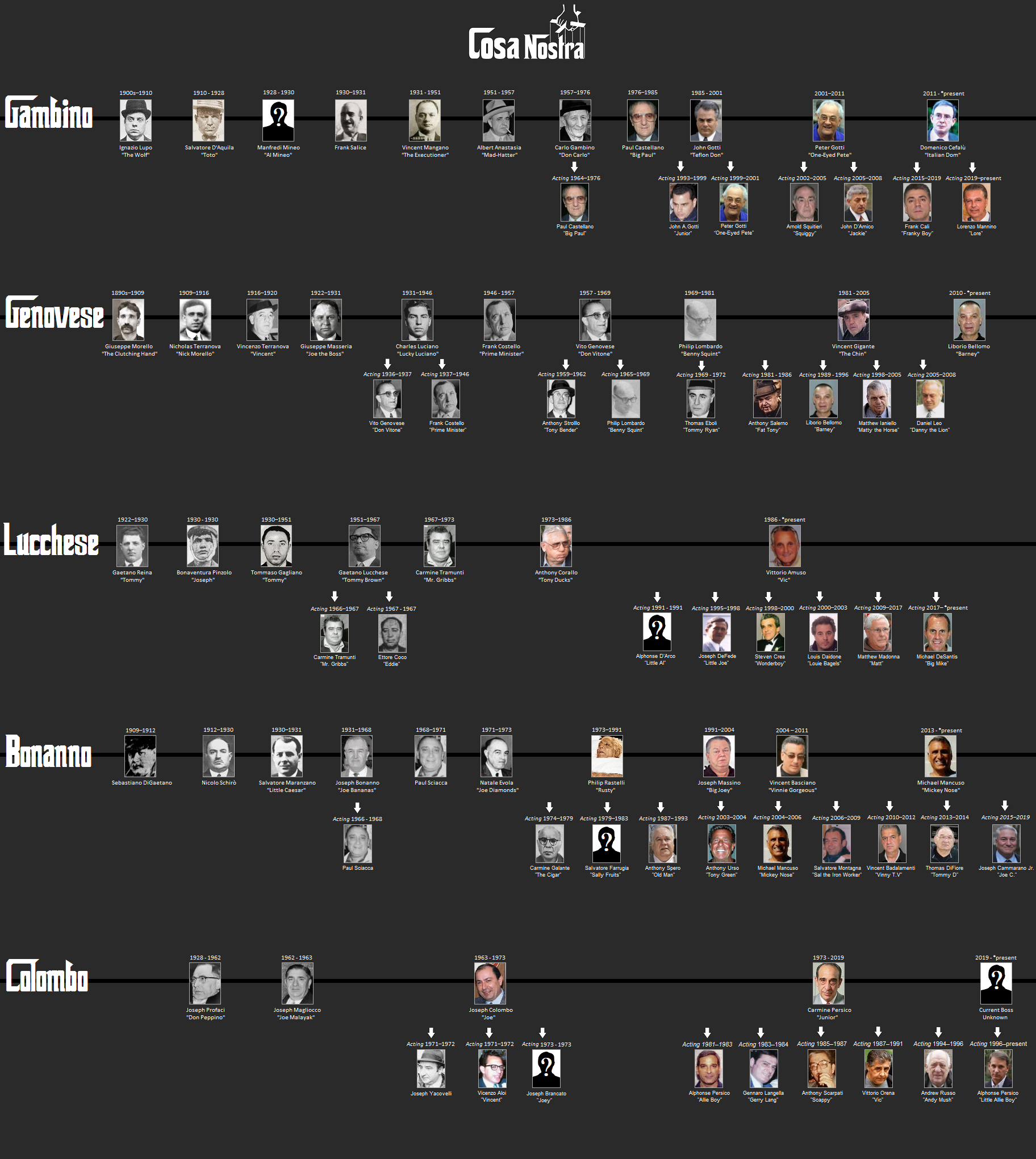 The defendants have pled not guilty, but it is not looking good for them and currently there is chaos in the ranks. 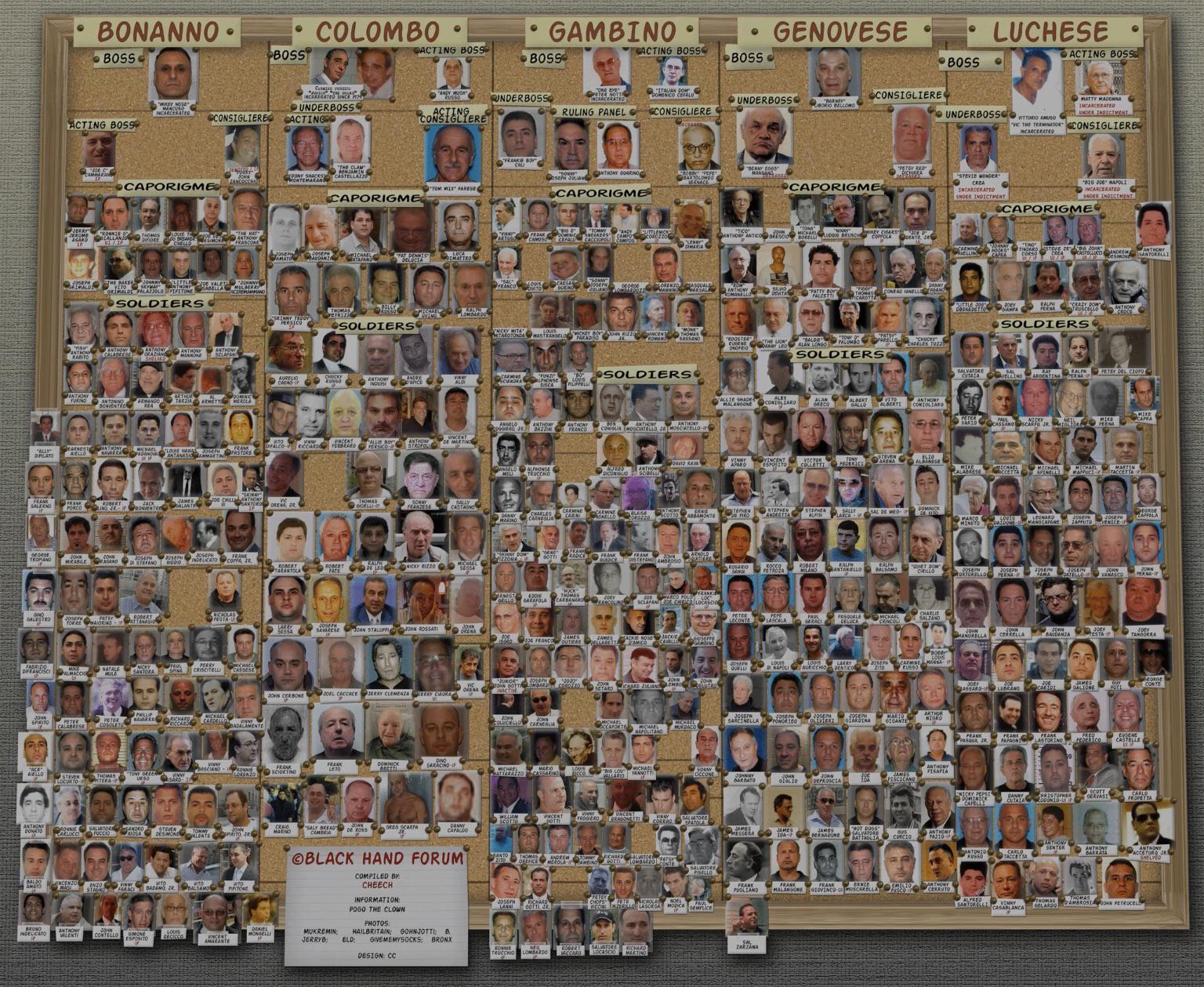 The above image is an organizational chart of the 5 families from 2018, and it was reported that the mafia was taking advantage of Covid vaccine distribution.

I am pretty sure the FBI is its own syndicate and so is the federal government.

Indeed, the more things change the more they stay the same …  or there is nothing new under the sun. This is how life goes in the mafia. 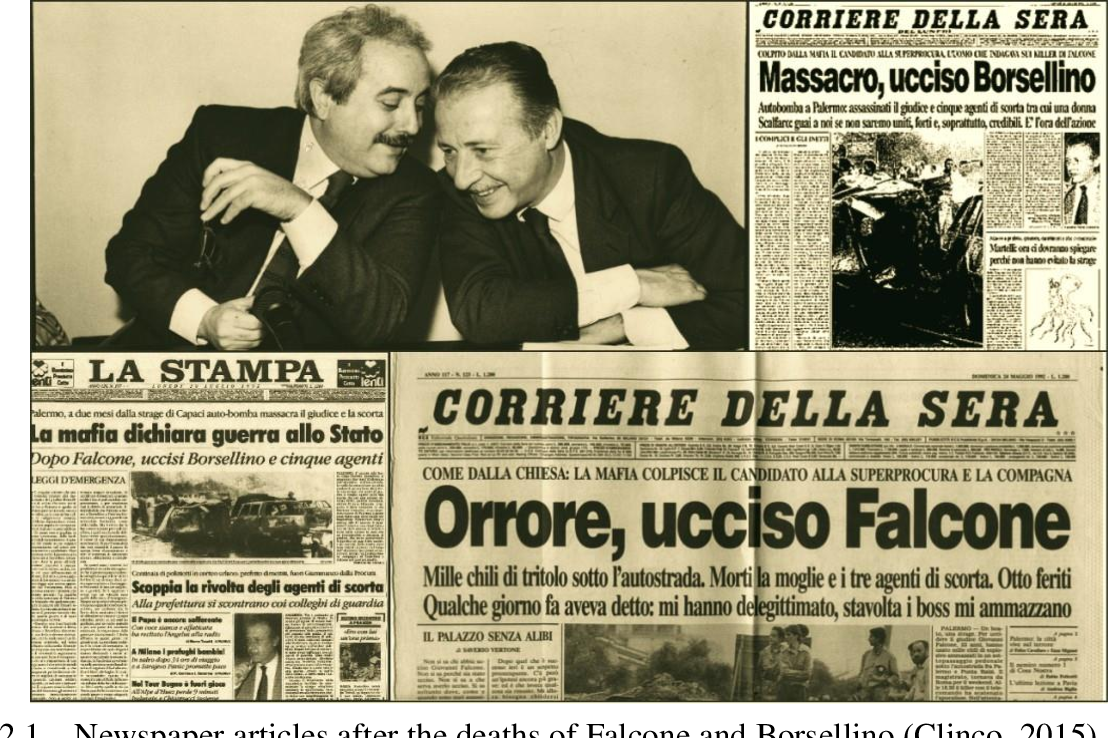 ABC News reported on the arrests and indictment, citing a statement from prosecutors:

The arrests of more than a dozen purported mobsters Tuesday in New York and New Jersey show ‘the underbelly of the crime families in New York City is alive and well,’ according to the FBI.

Colombo crime family boss Andrew ‘Mush’ Russo, underboss Benji Castellazzo and consigliere Ralph DiMatteo were among 14 purported mobsters charged Tuesday with labor racketeering, extortion and money laundering. Ten members of the Colombo crime family and one member of the Bonanno crime family were arrested, according to the U.S. Department of Justice.

Most of the alleged mobsters were arrested in New York and New Jersey on Tuesday, while Colombo captain Vincent Ricciardo was arrested in North Carolina. DiMatteo, 66, remains at large.

The defendants could each face up to 20 years in jail, according to the DOJ. – ABC News

It has been a long time since an entire crime family was rolled up like this. Typically they arrest some of the underlings or maybe a Capo. This is an indication that someone is talking. They either flipped someone who was a high ranking member, or they successfully infiltrated the family and were able to gather incredible amounts of intel.