Did you know, before the last couple of days when it started being mentioned in the news coverage, that Biden’s Transportation Secretary Pete Buttigieg has been on paid paternity leave since mid August?

I like all the uproar about Pete Buttigieg being out on paternity leave, as if he was really going to be able to solve the epic supply chain cluster if he weren’t. Lol.

Now, Carol, he was such an effective and excellent mayor— oh, wait. Never mind.

The issue is not paternity leave (though the expected crowd is making the gaslight about that). The issue is a cabinet level position which oversees three areas of direct concern to the citizens right now being essentially unattended while their fuses all burn to zero.

The week after I gave birth I did a client site visit because it was necessary to close a deal.

Apparently my job was more critical than the Transportation Secretary.

“All semi tractors have to be current with new CA emissions standards. Trucks cannot be older than 3 yrs if they are to pick up or deliver containers. This issue wipes out approximately half of the fleet trucks used to move containers in/out of the port.”

Sundance @ Conservative Treehouse: The California Version of The Green New Deal and an October 16, 2020, EPA Settlement With Transportation is What’s Creating The Container Shipping Backlog – Working CA Ports 24/7 Will Not Help, Here’s Why

There wasn’t a shipping container crisis when covid hit and no vaxx was available. Now we have a crisis with 3 vaccines and its Covid and the unvaxxed’s fault.🤔#BareShelvesBiden

Again, it is leftist/socialist policies that not only got us where we are, but continue to exasperate the acute on-going situation. Oh, and they have definitely incorporated COVID into “The Great Reset” formula…

Perhaps Kamala will be helping on the docks unloading the cargo ships.

Nikolas Lanum: Hemmer presses pro-Biden economist on calling inflation a ‘high-class problem’: ‘What were you thinking?’: Jason Furman stands by claim touted by White House’s Ron Klain (w/VIDEO) … He is so full of horse shit. I noticed the store shelves being sparse and selections being diminished back before the lockdowns.

VIDEO: Chicago police union boss hits back at Lightfoot’s comments on unvaccinated cops, tells officers to ‘hold the line’: Chicago Fraternal Order of Police President John Catanzara says city has pushed Friday deadline for vaccinations for police, but urges officers to continue to defy the mayor … Yeah, crime plagued Chicago, of all cities, can afford to go with less to half the police on the beat. And as Catanzara points out the state’s National Guard, if deployed in the CPD patrolmen’s place, cannot make arrests.

Jazz Shaw: What’s really inside Biden’s massive spending bill? A whole lotta pain … As Obama had “fundamentally transform” as his spoken agenda to the masses, with no context of the de-constitutionalization of our republic intended, Biden has “build back better” (which I suspect Obama had his hand in penning) and it too has the same intent and agenda as Obama’s. None of the spending is meant to help anyone but unions and government takeovers and control from the American people. All socialist/Marxist/communist takeovers were designed to inflict maximum pain on the population(s). That’s why over the last century communism killed over 100 million people … and still counting in the 21st century. People eventually submit when their threshold of pain lowers.

“I think he has been wrong on nearly every major foreign policy and national security issue over the past four decades.”

No. No. No! Don’t you dare give us that “Trump’s plan” bullshit. Once Trump left the Oval Office Biden canned every single Trump policy/plan … except Trump’s Afghanistan withdraw plan? And these shit-headed MSM types never go further and explain that Trump’s withdraw plan was strongly predicated on the Taliban’s actions and the situation on the ground by the stated date. Since being in office and trashing everything done for the four years prior to his doddering old foolish ass in the Resolute Desk’s swivel chair Biden has signed “his” policies, why not his own damn Afghanistan withdraw policy if he was so set on ending the 20 year operation? He had no plan of his own? No, he knew if he just stuck to Trump’s plan (and not exactly so) he and the MSM could shrug off the inevitable failure by simply blaming Trump. And here we are.

COVID will never end, until they can get another Fauci-funded “GOF” deadly virus released on the world, of course…

Anyone else notice how Florida isn’t in the news anymore even though nothing has changed from a policy perspective?

It’s almost like media only cares about Florida when they can try to damage Ron DeSantis. And it failed.

Texas isn’t in the news much lately either with regard to COVID. And the blue states seeing spikes in cases right now barely get a mention.

The upper right corner screen COVID tallies are gone from LMSM too.

Jim Geraghty: COVID-19 Hospitalizations Continue to Rise in the North and Decline in the South

White House: the new travel policy that requires vaccination for foreign national travelers to the United States will begin on November 8

Meanwhile, the hundreds of thousands of illegal aliens being allowed the openly cross our sovereign border into our country and are being freely released into our population STILL are not being mandated for vaccines.

Kaylee Greenlee: Over 94,000 Illegal Immigrants in Southern Texas Released Into US With Notices to Report, Documents Show … Just know that when you hear numbers reported those numbers are actually atleast 50% higher than the ones given. By the end of 2021 it is estimated that there will be at least one million reported, and undetected, illegal aliens that will have entered this once sovereign nation … and stayed.

Becket Adams: Biden’s incompetence bites him in the rear on immigration: President Joe Biden is once again facing the consequences of his incompetence. … When Biden’s half a century failed foreign policies meets his equally failed domestic policies.

Peter Jacobsen: Dollar Tree Loses its 35 Year War with Inflation: Why is Dollar Tree Raising Prices after 35 Years? … A bulk of the Dollar Tree’s customer base are low and/or fixed income people.

Stephen Green: COVER UP: Loudon County Schools Failed to Report Multiple Rapes Over Years … I repeat, the LCPS needs the Hell sued out of them, and people charged with whatever can be found on the books for enabling this.

I hate that I find myself in agreement with this guy, but here we are.

Brit actor Russell Brand’s latest rant deals with big pharma, who is hugely invested in and taking full advantage of the world’s COVID ‘crisis’. First, the vaccines … vaccines that are still being used to control Americans by coercing and blackmailing them with their livelihoods, and very soon will coerce parents into getting their young children vaxxed or no schooling, wait for it. Now the boosters.

Oh, about those boosters we will now be bullied into taking a third, or more, jab(s). They’re saying the ‘booster’ jab will be a less dose strength than the weak-assed initial vax dosage(s). So why the hell bother? And they are saying it’s okay to mix different pharma company vaccines for these boosters. Well Hell, 10-11 months ago when vaccine distributions began being given to the public we were told mixing the different companies’ vaccines was not good. These are very valid points that need to be made, and questions asked and demanded clear and data concisely answered. I am not the only one that is completely finished with the politicians, MSM, and the medical elites condescension to the concerned public to “follow the science” when for nearly two years their science has looked worse than a kid’s toy science lab … worse than a game of throwing blunt darts at a dart board.

And soon the COVID ‘therapeutics/treatments’ will be available, and those pills will undoubtedly include the demeaned/demonized/banned drugs like Ivermectin, Hydroxychloroquine, and probably even aspirin that others have successfully tried … but the big pharma therapeutics will come at much higher prices, of course. Oh, and will any ‘journalistic’ MSM wonk even attempt to follow the money on this whole operation of big pharma to see where it leads? My safe presumption is the DC elites, especially the career elected class elites in the two, maybe three, branches of federal government. We already know Fauci is up to his eyeballs in every aspect of this China plague. 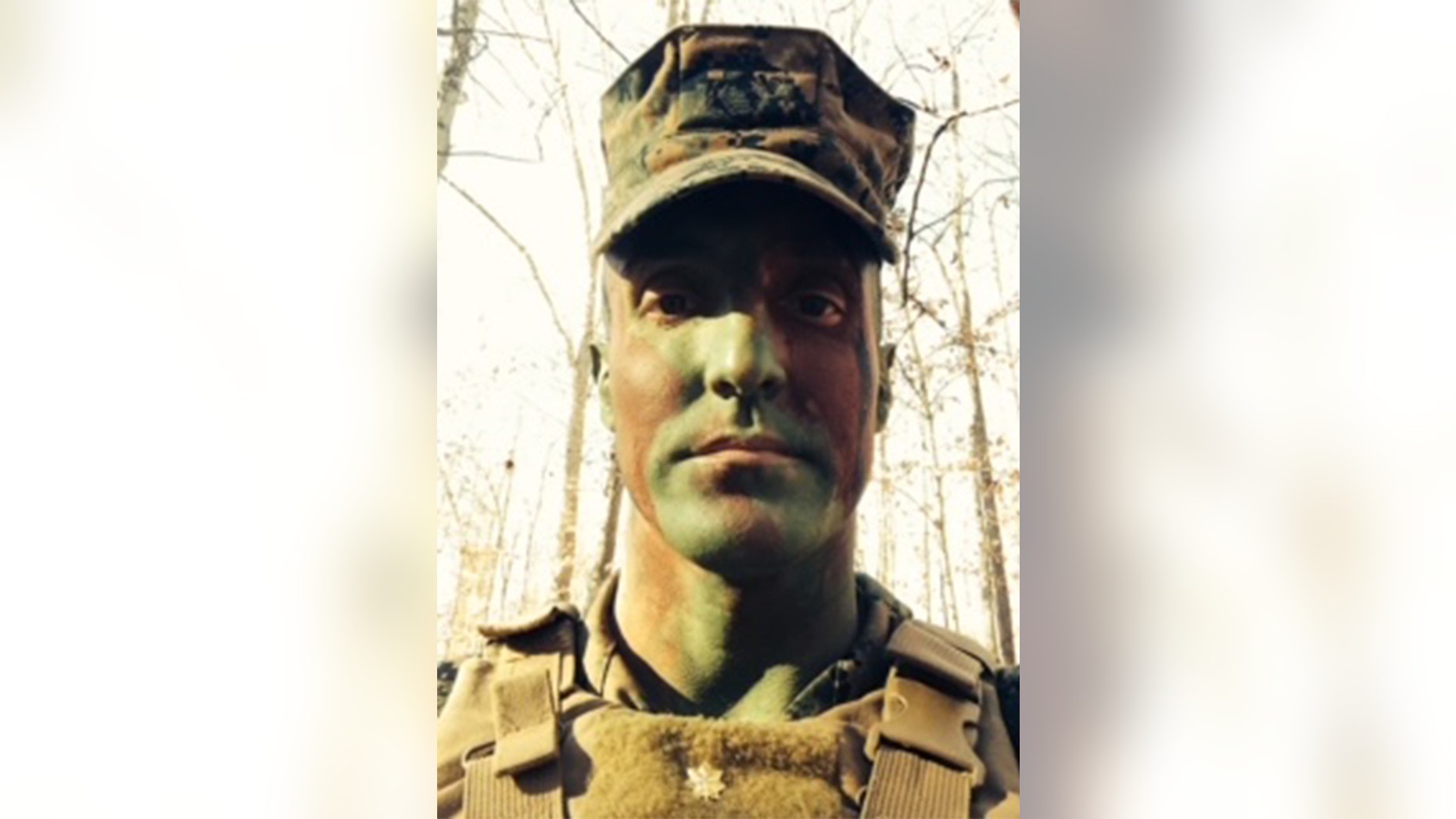 The U.S. Marine who posted videos on social media criticizing military leadership and the Biden administration’s withdrawal of military assets from Afghanistan was issued a letter of reprimand and a forfeiture of $5,000 worth of pay for one month, after pleading guilty to all charges during his court-martial hearing this week.

Lt. Col. Stuart Scheller Jr. pled guilty to all six misdemeanor-level charges Thursday, including willfully disobeying a superior commissioned officer, dereliction in the performance of duties and conduct unbecoming an officer and a gentleman.

The judge, on Friday, said he would have given a two-month forfeiture of pay, had it not been for the nine days Scheller spent in pre-trial confinement. Scheller was freed from the brig last week where he was being held for violating an agreement to stop posting criticism on social media.

The judge said he does not condone Scheller’s offenses, but noted his 17 year USMC career, saying that prior to his social media incident, he was an officer with an outstanding record – a record, he said, he weighed heavily.