If a politician says you don’t need a gun, you need a gun. Atleast one gun— but more than one is better… 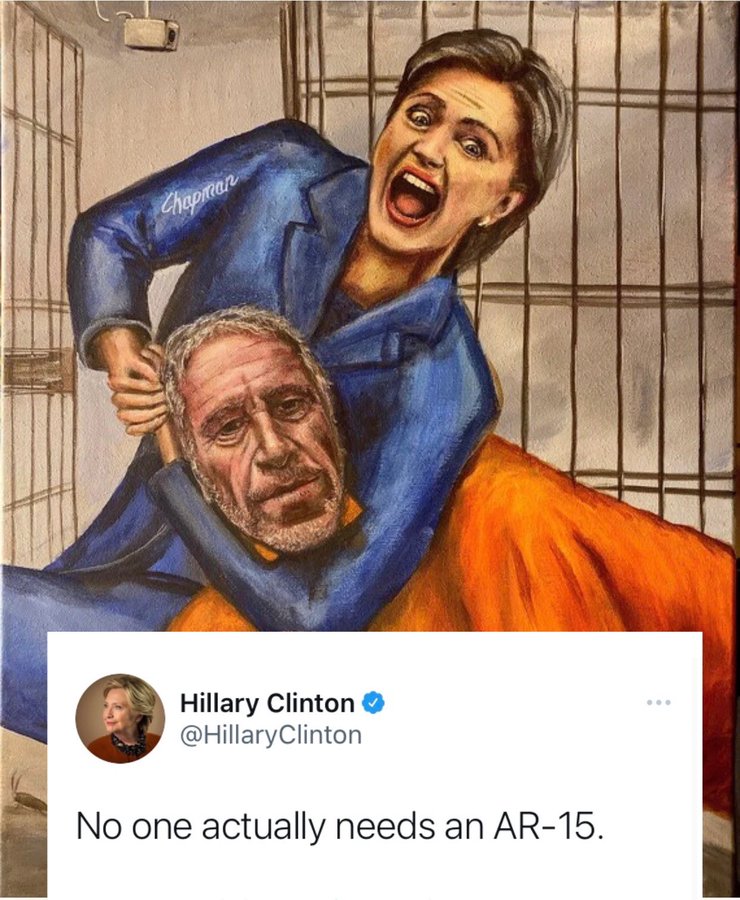 No one actually needs an AR-15.

And YOU don’t need to be POTUS or any other elected office holder. *shrug*

J.J. Sefton @ AoSHQ: “A nation already suffering under the ideologically-driven, manifest incompetence of an illegitimate junta hell bent on tearing us apart for fun and profit is forced to endure the embodiment of a (barely) walking insult to everything that is good, right, just and pure…” 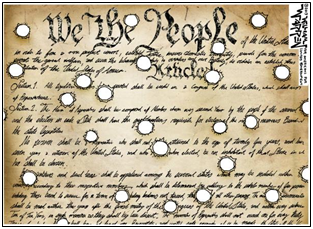 The US government has been arming Ukraine, because they’re allies.

The US government has been seeking to disarm Russia, because they’re opponents.

In totally unrelated news, the US government seeks to disarm you.

Ryan Saavedra: Biden Claims Gun Control Not About ‘Taking Away’ Rights Before Listing Ways He Wants To Take Away Rights

Twitchy: Oh HELL no: NY Democrat Rep. Mondaire Jones goes on TIRADE claiming they will not REST until they disarm Americans (watch)

Nadler: “There is no research to support the idea that women’s gun ownership increases their safety.” pic.twitter.com/EzMM1w6nNW

Twitchy: YAAAS QUEEN! Dana Loesch DRAGS TF out of Jerry Nadler for mansplaining to women that they should just disarm (watch)

Easy for a man protected by guns to mansplain to women that we should disarm.

Twitchy: ‘Dude, WHAT?!’ Listen for the SCOFF from the room as Dem Rep. David Cicilline claims he can’t find ONE incident of a good guy with a gun stopping a gunman (watch)

Rep. @davidcicilline: “I don‘t think there is a single incident — maybe there is one, but I have not found one — of an assailant using an assault weapon that was stopped by a person with a gun” pic.twitter.com/MWBsnAUHA8

House dems got the vapors over this ‘remote’ display by Rep. Steube. Reminder these same dems had no problem with a Capitol Police officer reaching out from their chambers with a similar handgun to shoot an unarmed female military veteran in the hallway 1/6/21… 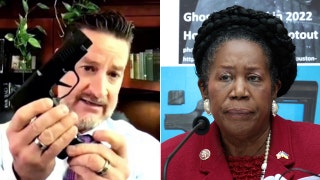 Twitchy: Eric Swalwell angered during gun control hearing when GOP Rep used his own firearms to show what Dems would ban … Again, Rep. Greg Steube was not in the House chambers but was in his own home office…

Everything you need to know about this gun control package: Democrats don’t even want to let me show what they’re trying to ban.

I’m an American in my own home, and I’ll do whatever I want with my guns, Mr. Chairman. pic.twitter.com/pH2OIsnlVp

Twitchy: President Joe Biden says ‘This is not about taking away anyone’s guns,’ says AR-15 should be banned

Gregg Jarrett: Biden’s proposed assault weapons ban has a serious constitutional problem: President Biden wants action on assault weapons but his proposals may not be allowed under 2nd Amendment

Tucker Carlson: Biden just spoke about the need to disarm the population. Carlson deconstructs the attempt to criminalize some guns

VIDEO: Ted Cruz: Biden gun control address reveals how much of a ‘train wreck’ his presidency is 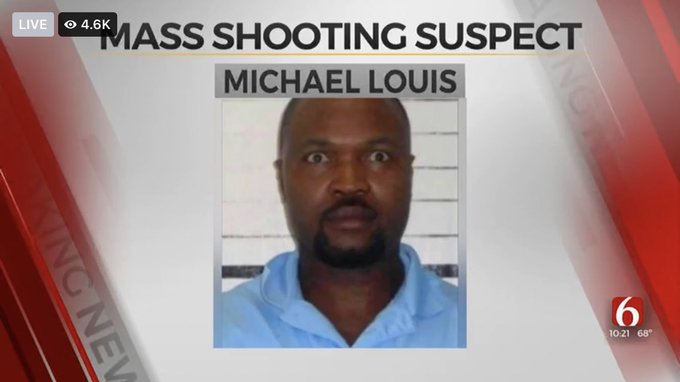 We can’t even process one mass shooting before the next occurs.
Today’s atrocity in Tulsa happened on the 101st anniversary of the Tulsa Black Wall Street massacre. White Supremacy is clearly a factor.@JoeBiden https://t.co/78xXaUXR2W

Twitchy: Dem NY Assemblymember says ‘White Supremacy is clearly a factor’ in the Tulsa shooting … BTW, the Dem NY Assemblymember is ‘black’ herself. I guess if you pick-up and use a gun to kill people you automatically become a ‘white supremacist’. Soooo, why, since the ‘white fright’ left insist such, are they not calling the nation-leading black-on-black gun murders in Chicago being designated as “white supremacy” murders?

Ned Ryun: Yes, They’re Coming for Your Guns: What the un-American Left really wants is to destroy the American people’s right to self-defense.

Matt Margolis: The Liberal Media Will Bury the Tulsa Shooting. Here’s Why. … Already has.

John Sexton: The media’s role in creating mass shooters gets less attention than it deserves … Actually, Hollywood too.

The Bidenflation struggle is real:

Can’t understand it. Still not answering old Joe’s call, hmm? Maybe the phone’s off the hook and Joe’d better head on over to the desert to check…

VIDEO: Economy shaping up to be top issue in midterms

There is No Free Lunch with Government Programs: Tom Norton: Vladimir Putin Cancer Surgery Claims—What We Do Know, What We Don’t

Kelly Laco , David Trulio , Ben Evansky: Colombia’s president condemns Russia’s ‘most brutal genocide,’ warns of autocracies disrupting democracies: Colombian President Duque said some countries are seeking to take down democracies similar to Colombia, the US … On a sidenote, I’m wondering how many Columbians have left that country and have illegally stomped across our sovereign border in these last couple of years.

Micky Wootten: Doctors Sue FDA Over Its ‘Crusade to Halt the Use of Ivermectin to Treat COVID’

Debra Heine: WHO Withdraws 12 of Biden’s 13 Amendments to International Health Regulations: After several African nations, Iran, Malaysia, and Brazil objected, the World Health Organization (WHO) last week withdrew 12 of the 13 amendments that were submitted by the Biden administration to the current the International Health Regulations (IHR) at the World Health Assembly’s (WHA) annual meeting…

Rajan Laad: The fall of Piers Morgan … For all his anti-Meghan and Harry ire Piers Morgan sure has given them loads of free publicity these last two days in London for QEII’s Platinum celebration, for cripesakes.

Deane Waldman, M.D.: Will Monkeypox Replace COVID as the Next Great Democrat Scam? … Given the midterms are in November and the Dems are looking to lose bigly, I’d say they’re keeping their options open.

Jeffrey Lord: Leftist LGBT Network Tries to Silence Bill Maher: Yet again, the Left stands up for fascism. … It’s in their DNA. 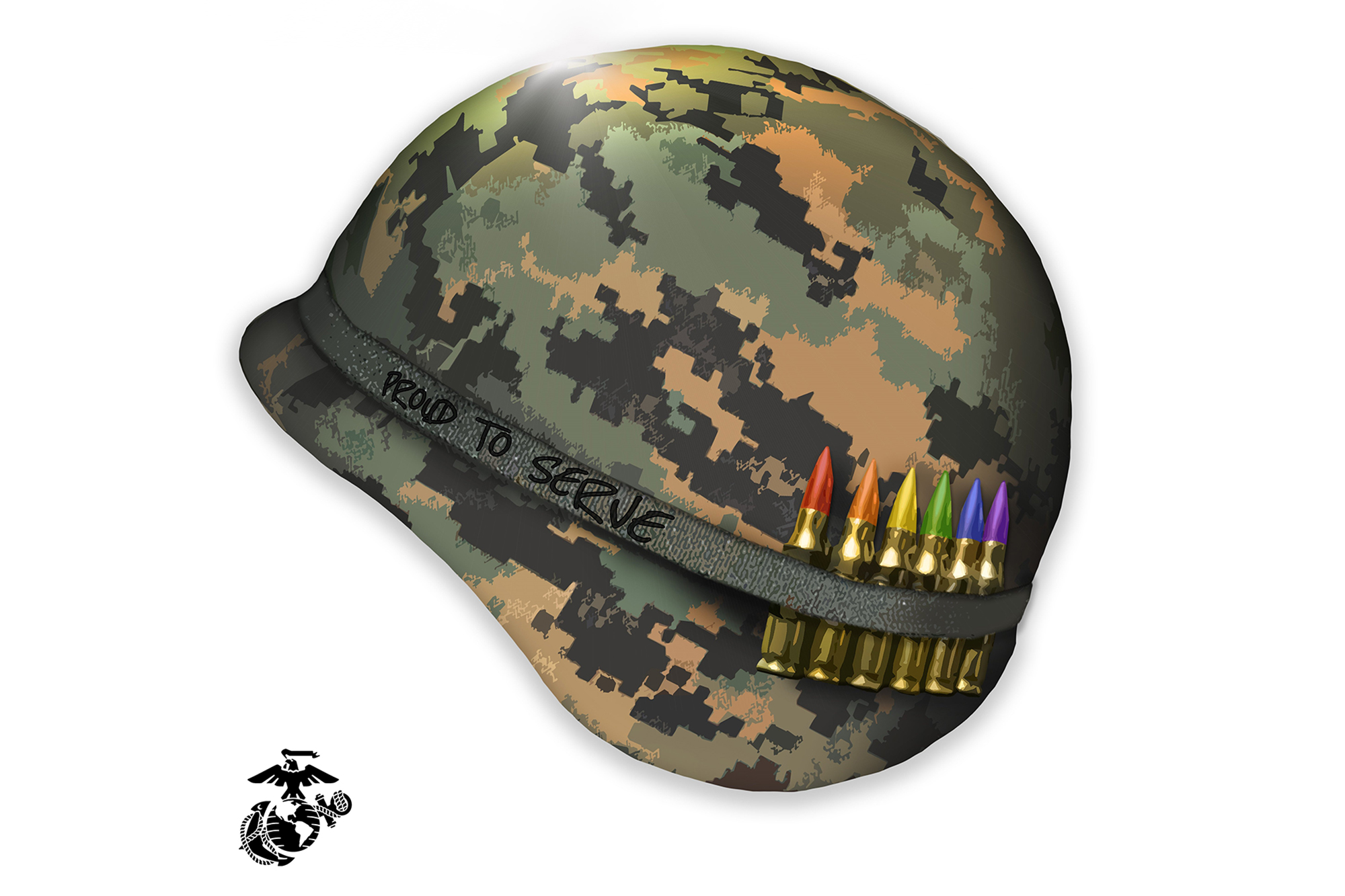 Which brings us to…

Hollywood is wallowing in angst, and at least half of America couldn’t be happier.

It started with the release of Top Gun: Maverick. The film was a stunning success and was devoid of the typical wokeness that has slithered into just about everything they have created in recent years. None of Hollywood’s usual box-checking to fill the woke agenda was present. Worse yet, it is a pro-American movie, filled mostly with males doing military stuff…

Eric Lendrum: ‘Top Gun: Maverick’ Is the Movie America Needs Right Now: Tom Cruise’s latest blockbuster is one of the most feel-good, most patriotic, and most unapologetically American movies in a very long time. … Producer Jerry Bruckheimer is one of the rare moderate conservatives in Hollywood. Cruise, while progressive, is a mature businessman in an industry he is watching out #WOKE itself into box office failure over these last several years. He still loves working, and he still loves making bank. KUDOS.