With the 18th anniversary of 9/11 looming just days ahead,  Judge W. Shane Cohen, USAF, has set a start date of January 11th, 2021 for the selection of a military jury at Camp Justice, the war court compound at the Navy base in Guantánamo Bay. After nearly 20 years, Kalid Sheikh Mohammed and the other four men charged with plotting the terrorist attacks of Sept. 11, 2001, will face Military Justice. 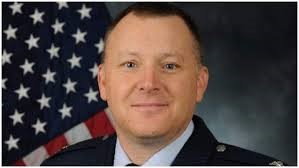 Judge Cohen has asked prosecutors to provide the defense team with a list of trial materials by October 1, 2019. (Click here to see court documents issued August 30, 2019). In the meantime, the judge will hold a series of hearings with witnesses to determine whether or not confessions the defendants made to FBI agents in 2006 will be admissible in court. Defense attorneys have argued that after their capture in Pakistan in 2002/2003, they were tortured by the CIA, and thus the confessions should be thrown out. 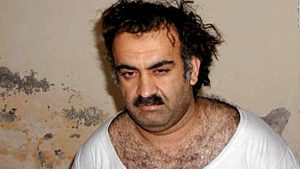 Khalid Sheikh Mohammed (KSM) who was born on (March 1st, 1964; or April 14th, 1965) is a Pakistani Islamist militant held by the United States at the Guantánamo Bay Detention Center under terrorism-related charges. KSM was named as the principal architect of the 9/11 attacks in the 9/11 Commission Report (Click here for full 9/11 Commission Report).

KSM was captured on March 1, 2003, in the Pakistani city of Rawalpindi through the combined operation of the CIA and Pakistan’s Inter-Services Intelligence (ISI). Four other individuals are also being held for war crimes that include terrorism, hijacking and nearly 3,000 counts of murder for their alleged roles planning and providing logistical support to the 9/11 plot. 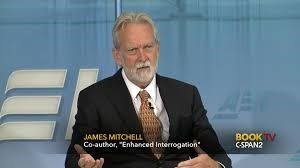 Dr. James Mitchell  personally interrogated the men charged with plotting the 9/11 attacks.  In a recent Fox News interview, he said that Khalid Sheikh Mohammed would kill almost 3,000 people all over again if given the chance.

He went on to say:

“Originally he wanted to plead guilty and martyrize himself. I think what happened after that, once confession got set aside, and his attorneys got to him… he decided that his God was telling him that the thing to do would be to drag this thing out as long as possible. He could then spread his Jihadi message and eat up both American money and time, thus demoralizing the American people.”

Dr. Mitchell was asked why this trial has been taking so long given the fact that confessions were given over a decade ago. He described the impediments by the Obama Administration:

“At the time, President Obama and AG Eric Holder set aside the confessions so they could take a victory lap and take credit for prosecuting them. The Obama administration tried to have the trial moved to New York away from the Military Tribunals, but Congress blocked the administration and wouldn’t let them proceed citing the amount of time and money which would cost the American taxpayer, let alone for security reasons.”

Asked what he anticipated would happen with this trial, Dr. Mitchel responded by saying that what they have seen so far is a real circus and that KSM’s attorneys have unleashed a series of pre-trial motions. This is meant to try and create the narrative that their clients were coerced into signing confessions and to give the impression that they are the victims in this whole affair. But once the public looks over all the evidence, he feels that it will be difficult to conclude that those men aren’t guilty.

“This is another reason to vote for Donald Trump in 2020. Who knows what this trial will turn into if you let some Leftist in there who apologizes for the Jihadis? We need to be sure that there is a strong person who cares more for America than they do the Politically Correct sense of fairness that comes from being overly fair to these terrorists.”

Approximately a third of today’s Americans were still in grade school or younger when this attack took place. To reacquaint the public with the particulars of the case before this Tribunal, please refer to 9/11 Commission Report for the full 565-page report. click here