An anonymous user of 4chan claims to be the one behind MSNBC’s Lawrence O’Donnell hoax, which led to O’Donnell having to issue a formal apology on Wednesday night. According to an article by the Gateway Pundit:

“O’Donnell had reported, based on one single source, that Russian oligarchs had co-signed Donald Trump’s loans from Deutsche Bank in 1998, which was a lie.

In a 4Chan post claiming credit for the hoax, an anonymous user wrote, “here to claim my prize. It’s easy to send an annoymous tip to a a trump hating news organization and watch them report it with no fact checking. I sent the attached email to Lawrence O’Donnell yesterday and he reported it!!! I didn’t think it would work but the bait was too juicy. Now he is disgraced and discredited. All NBC email addresses are first.last@nbcuni.com. They are begging for tips so I sent one!!,” they added, “Hi Ben Collins! Hi Hilary!” – The Gateway Pundit 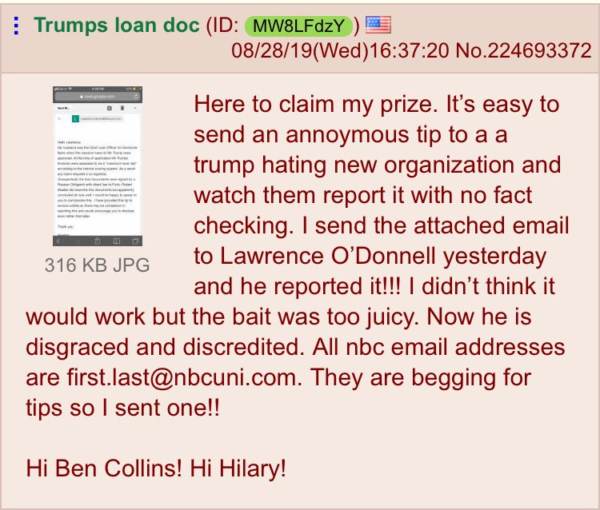 If true, this would explain a lot about the journalistic practices of MSNBC, their so-called fact checking and journalistic ethics.

Of course, without a date or time stamp on the screen shot, it’s impossible to validate its authenticity. However it should be noted, this is not the first time something like this has happened before.

There were rumors about 4chan potentially being part of the golden showers russiagate hoax as well: 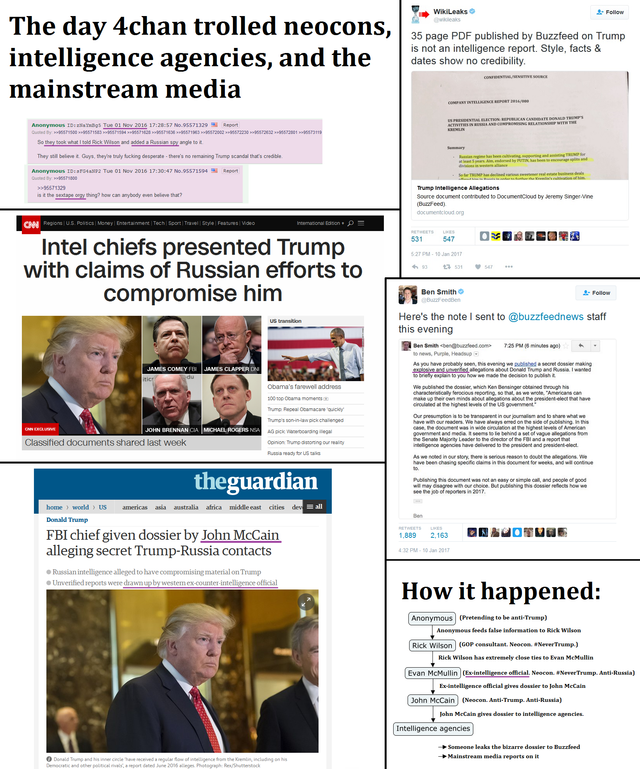 Lawrence O’Donnell ran with the story Tuesday night, apparently without any kind of fact-checking:

Last night I made an error in judgment by reporting an item about the president’s finances that didn’t go through our rigorous verification and standards process. I shouldn’t have reported it and I was wrong to discuss it on the air. I will address the issue on my show tonight.

Eric Trump was not satisfied with the apology that was issued:

This was a reckless attempt to slander our family and smear a great company. Apologies are not enough when the true intent was solely to damage and cause harm. As a company, we will be taking legal action. This unethical behavior has to stop. @Lawrence @MSNBC https://t.co/i4X6CcdkCm