Our friend Maggie at The Universal Spectator has updated her Thursday post by adding in new information relative to the stories she dropped. It’s a very good roundup, as usual. ~~ Editor

Early yesterday evening a long line of nasty fall storms stretched across NE Ohio from up on the Lake Erie lakeshore down Ohio to where I’m at in North Canton at my daughter’s and a bit below us. 11 tornadoes with damage in that line of storms and loads of rain.

But during the tornado warning I looked out my daughter’s kitchen window to see a mama doe and her two toddler sons making a busy meal out of the plethora of acorns in the yard. They were out there a long time. A break in the downpour and I stepped out onto the patio for a clearer picture and a “hello”. 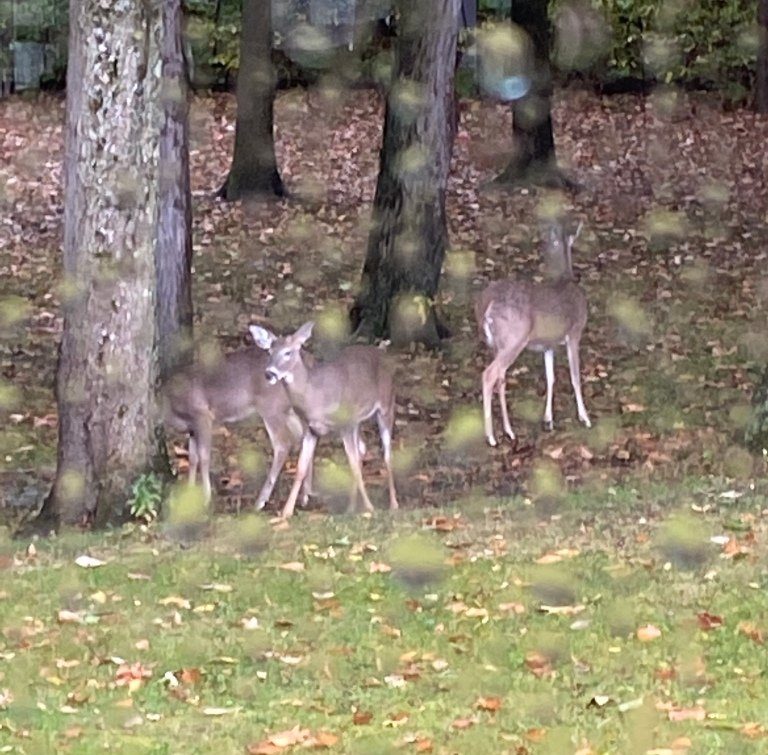 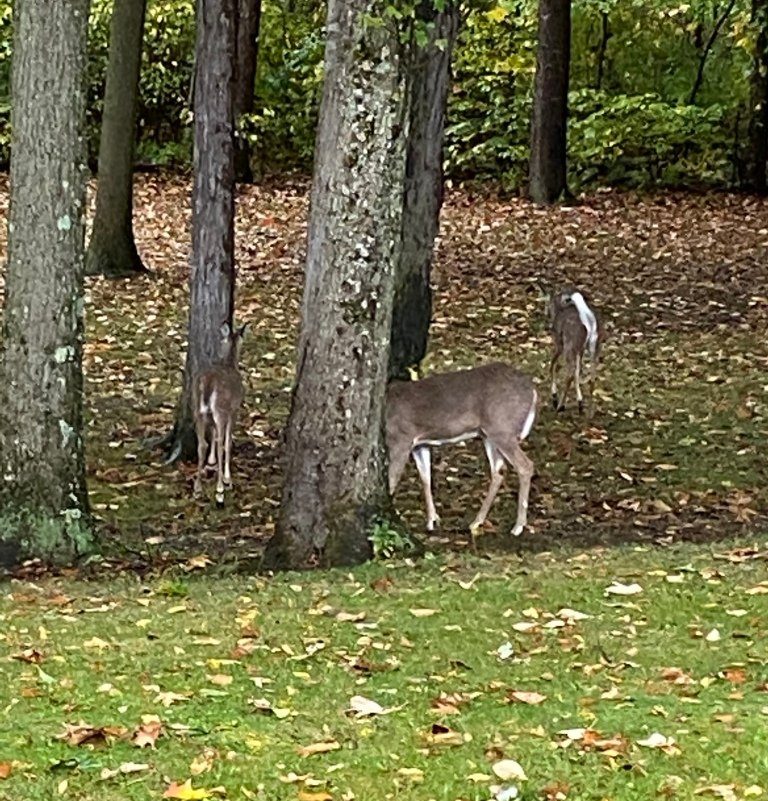 Since when I’m away I’m also away from my home computer, so, I use my iPhone to post. But it is not always as easy as the PC, I thought this trip I would just put up one “newsfeed” post and update it with changing/breaking news bits. 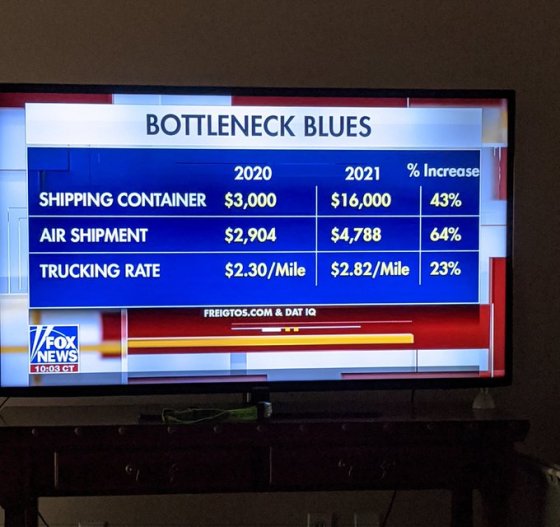 The Shipping and Un-Handling Supply Jam:

Edmund DeMarche: Gas prices: Regular unleaded hits $7.59 in California town, report says: The Gorda station is known to have some of the highest prices in the country

Twitchy: ‘That’s what happens when you try to live in the fantasy of an adolescent girl’: Here’s a breakdown on global energy shortages

The question remains, why did his parents decide to go to that area when they did the other day?

Hannah Grossman: Former homicide detective believes human remains found in Brian Laundrie hunt may not be intactIf the body found is that of Brian Laundrie, Ted Williams says the question is ‘how did he die?’

All “Domestic Terrorists” ‘Thought Crime’ and Actual Direct ‘Threats of Violence’ are Not Equal to Biden’s AG/DOJ:

Debra Heine: DOJ Allegedly Refused to Arrest Maniac Who Traveled to DC to Kill Matt Gaetz After Capitol Police Recommended … Given the shooting and near death of Congressman Steve Scalise, and others, a few years ago you’d think Garland would be taking such threats seriously. But I guess his hands are too full dealing with non-violent/unarmed J6 protesters and rightfully angry/concerned parents at schoolboard meetings. 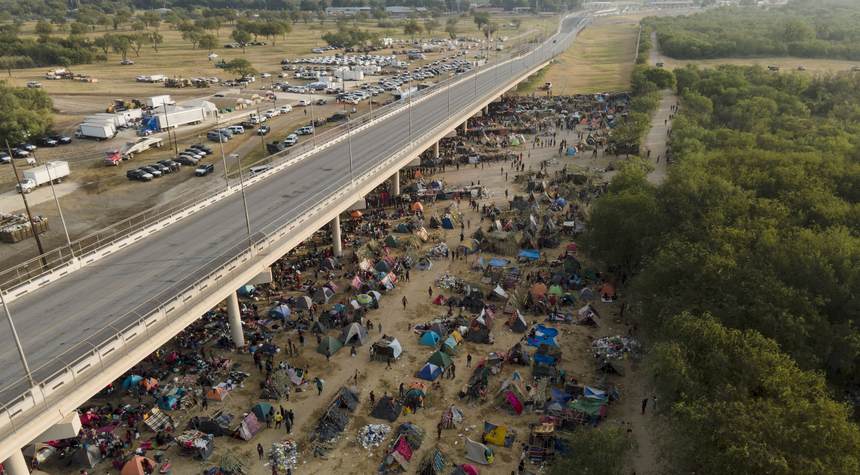 VDH: Our Purgatory Is Their Nirvana: One man’s anarchy is another’s road to justice.

Disfunction Junk-tion of Dems … and RINOs

#JOURNALISM: “To recap: An ex-congresswoman, Katie Hill, was forced to resign because of her sexual relationships with her staffers, and now she’s having a baby with one of the reporters who was assigned to cover the story.”

Jon Gabriel: Democrats and the Politics of Scarcity: Excuse me, but I need to finish Christmas shopping for my kids. Looking for a deal on a hoop-and-stick and maybe a plump orange they can share…

Jonathan Turley: Biden family corruption is an elephant the media works to ‘disappear’: There seems to be ample basis for the appointment of a special counsel to look into Hunter Biden’s conduct

Matt Margolis: Democrats Now Say They Will Only Snoop on Bank Transactions Over $10,000 … That’s a bit of a river bank rotten red herring. EVERYBODY’S bank accounts will be wide-open to this crap. It is not one time transactions. It is, as I understand it, cumulative to that set amount. If you try to avoid that amount by a couple of transactions, related or different, when they add up to the set amount mentioned you have just crossed the line and now open to the invasion of your bank account. Over the years I have seen stories about people being wrongly targeted by the FBI and IRS, especially during the Obama regime, had their bank accounts not only frozen but their funds confiscated by the government agencies, and once those being investigated were found not guilty of whatever the reason was for harassing them, the government refused to and did not return their money. THIS is exactly one of the prime reasons for the dems now pushing hard to do this IRS bullshit on our private/personal bank accounts. Wealth confiscation, even on the little people who are less in numbers than the actual rich and have more money than the rich combined.

No Logjam on the Supply Chain of Biden Bullshit Flow:

If you’re not listening to this Biden speech in Scranton… you might want to, it’s terrifying. He doesn’t know what he’s talking about and neither does anyone else.

Biden: “Amtrak is here. They can tell you that you should name half the line after me. I am the most railroad guy you’re going to meet. 2,100,000 miles on Amtrak.”

Maybe Amtrak should name ALL their lines after Biden. I mean, somebody who was VP for 36 years deserves an impressive legacy. https://t.co/rrrFXbwRVR

“I commuted every single day for 36 years as Vice President of the United States…” pic.twitter.com/M17Iy5H6sd

John Conlin: Saul Alinsky, Let’s Go Brandon, and the End of the Biden Presidency: The breadth, width, and speed of the “Let’s Go Brandon!” phenomenon shows the Biden Administration is toast.

Tucker Carlson: Everyone at the White House has gone crazy: The bizarre nature of the Biden administration speaks for itself

Jon Brown: Biden says police officers, first responders should be fired for refusing jab: Biden also scoffed at those who oppose vaccine mandates on the basis of ‘freedom’

Cristina Laila: “I Was a Senator for 370 Years” – Creepy Joe Rambles During CNN Town Hall, Leans Forward and Whispers to Anderson Cooper (VIDEO) … That’s some crazy time traveling old Joe’s doing. A couple days ago he said he’d been VP for 36 years.

Twitchy: Biden stumped after being asked how he’s going to get gas prices lower while doing everything possible to make gas prices higher

The Fauci COVID Fact/Fiction Saga with Many Chapters: 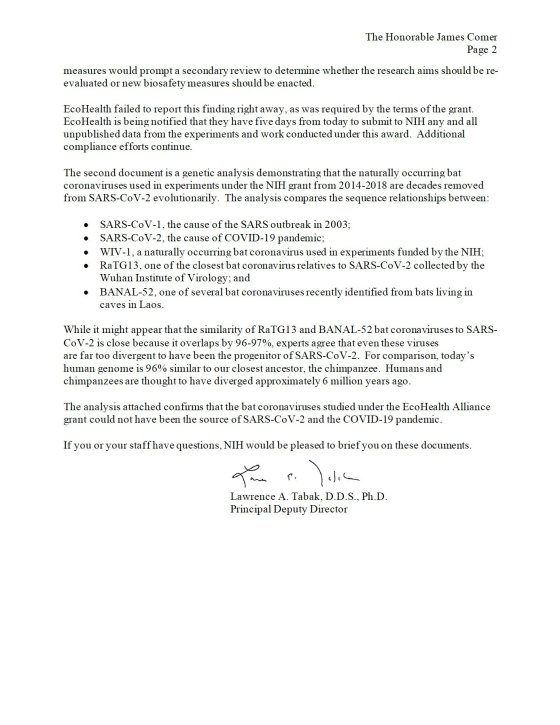 The NIH–specifically, Collins, Fauci, and Tabak–lied to Congress, lied to the press, and lied to the public. Knowingly. Willfully. Brazenly.

VIDEO: NASA engineer of 37 years prepared to retire over vaccine mandate … Understand these vax-mandates are not meant to force a protection against China’s bio-weapon. They are to ‘thin the herd’ in every corporate employ, civil servant sector, public school systems, and all areas of higher education and technology. Why? Well, to centralize, eventually, EVERYTHING, just as all communist countries have done, into government unions/workers.