January 15, 2020 – A new lawsuit filed by the Attorney General for the U.S. Virgin Islands claims that Jeffrey Epstein trafficked and sexually abused girls as young as 11 and 12 years old as recently as 2018. According to Mail Online:

Jeffrey Epstein sexually abused and trafficked hundreds of girls and young women on his private Caribbean island as recently as 2018 and had a database to keep track of their availability, according to a lawsuit filed by the U.S. Virgin Islands.

The lawsuit, filed against the millionaire pedophile’s estate on Wednesday, claims Epstein used his two private islands in the U.S. territory to engage in a nearly two-decade conspiracy to traffic and abuse girls as young as 11 or 12.

Many of the victims were allegedly aspiring models from South America and he used fake modeling visas to fly them across international borders to his two islands – known as Little Saint James and Great Saint James – the lawsuit claims.

At one point, the suit alleges, Epstein and his associates organized a search party to catch a 15-year-old victim trying to swim away after she was forced to engage in sex acts with him.

The girl’s passport was confiscated by Epstein in order to hold her captive, the lawsuit claims.

Air traffic controllers in the region also spotted Epstein exiting a private plane with young girls as recently as 2018, according to the lawsuit.

The latest lawsuit expands the scope of abuse and misconduct allegations leveled against Epstein who killed himself in his Manhattan jail cell in August while awaiting trial.

Epstein had pleaded not guilty to charges of abusing women and girls between 2002 and 2005 in New York and Florida.

But federal prosecutors in the Virgin Islands claims that Epstein’s misconduct was much more more extensive and continued to as recently 2018.

This is just the latest in a flurry of lawsuits against Jeffrey Epstein’s estate after his lawyers moved his finances into a trust.

According to Zero Hedge, the Lawsuit makes some new claims:

The new accusations draw from both independent investigations by George’s office as well as court documents from cases across the country, and allege that Epstein ran a decades-long sex trafficking scheme which had a ‘primary nexus in the Virgin Islands,’ according to the report.

George’s lawsuit seeks the forfeiture of Little Saint James as well as Great Saint James – an adjacent island Epstein also purchased, as well as several shell companies he established in the territory which were alleged fronts for his sex trafficking. According to local law, the Virgin Islands can recover any assets from the estate – which may be distributed among Epstein’s victims.

‘We don’t have a long history of figuring out what to do in cases of human trafficking,’ said Bridgette Carr – director of the Human Trafficking Clinic at the University of Michigan Law School, and was consulted by George’s office regarding the lawsuit. ‘I think this litigation and the courts are just trying to come up with the best, imperfect solution.’

In one instance cited in the lawsuit, one young Epstein victim tried to escape the island – swimming away after she says she was forced to engage in sex acts with one of his co-conspirators. She was later found and held hostage on the island after he confiscated her passport, according to the report.

The lawsuit also accuses Epstein of illegal construction projects on Great Saint James, causing extensive damage to native coral and wildlife. Moreover, Epstein’s executor, Darren K. Indyke, is accused of engaging ‘in a course of conduct aimed at concealing the criminal activities of the Epstein enterprise’ by turning the estate into a vast victim’s compensatory fund – which would impose confidentiality on any claimants. – Zero Hedge

There is no mention of Jeffrey Epstein’s loyal attorney from the U.S. Virgin Islands, Erika Kellerhals. 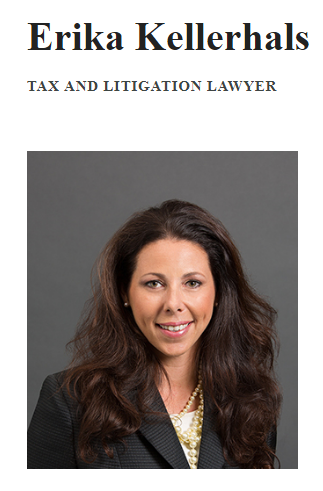 I wonder what happened to the young girl after they captured her? God help us shine the light on this evil.

I am intrigued that I missed this habbening. Still want to hear reporting on the child sized bones found off the coast of Little Lolita Island. I believe that’s the one the Disney cruises goes to.