June 25, 2020 — Today President Donald Trump, accompanied by the First Lady Melania Trump, visited the Korean War Memorial in Washington to mark the war’s 70th Anniversary and to pay tribute to those lost as well as the assembled veterans who proudly wear their service regalia.

The Army Times made note of the anniversary:

… it is perhaps the conflict paid the least attention in contemporary history. As such, it is also known as the ‘Forgotten War’ or the ‘Unknown War’ to most, save those who fought in it. Because of this status, the details surrounding the war, why it took place and its aftermath, are presented more as a Cold War footnote in Western world history lessons.

For youngsters, I was 9 in 1950, it was momentarily scary because our only experience with war was a murky amalgam of absent dads, mothers who were often worried, limited commodities, and conversations that were purposefully beyond earshot of kids who were left free to be kids.  We learned some more funny-sounding foreign place names, Chosin, Seoul, 38th Parallel, Inchon, though none of the horrors of war associated with them. 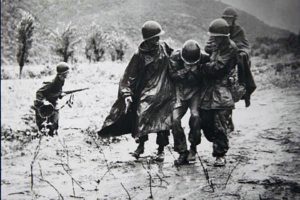 But there were the war photos, some of which are still vividly framed in my mind. What I knew about Korea at the time was that it was really really cold, apparently all the time. Photos of soldiers and Marines with heavy gloves, mufflers and often rain capes were seared into my memory. The pictures showed men slogging through weather, carrying their essential equipment and weapons, getting from one miserable location to another. 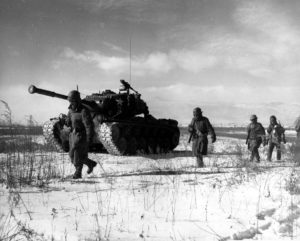 Given my decades-old mind pictures, you can readily see why I was so moved and impressed with the Korean War Memorial when I first saw it in Washington some years ago. It may not have the same impact on anyone who wasn’t old enough to have seen the Movietone News film and war photos always above the fold in newspapers. (Photos in public domain.)

The Korean War Memorial hauntingly evokes my memories in winter weather (photo by skeeze from Pixabay): 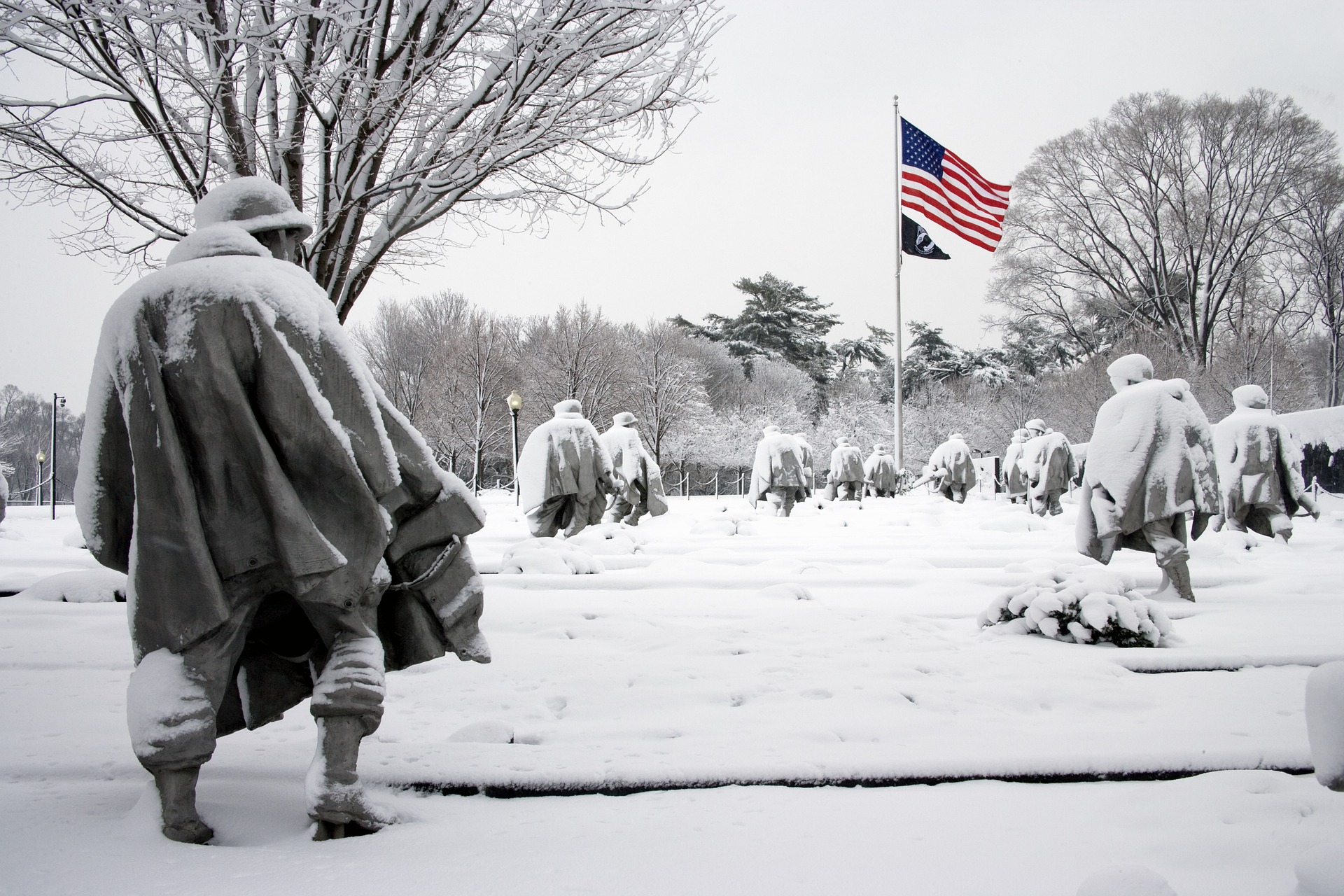 Equally impressive and stunning in nice warm weather, the sculpures are quite detailed and extraordinary. Each face has an expression, concerned, alert, purposeful and wary. All the gear is authentically presented; the binoculars case is WWII-vintage. One can almost believe those ponchos are real, the draping is so authentic with grommets along the hem. And the strong hands … they are beautiful. 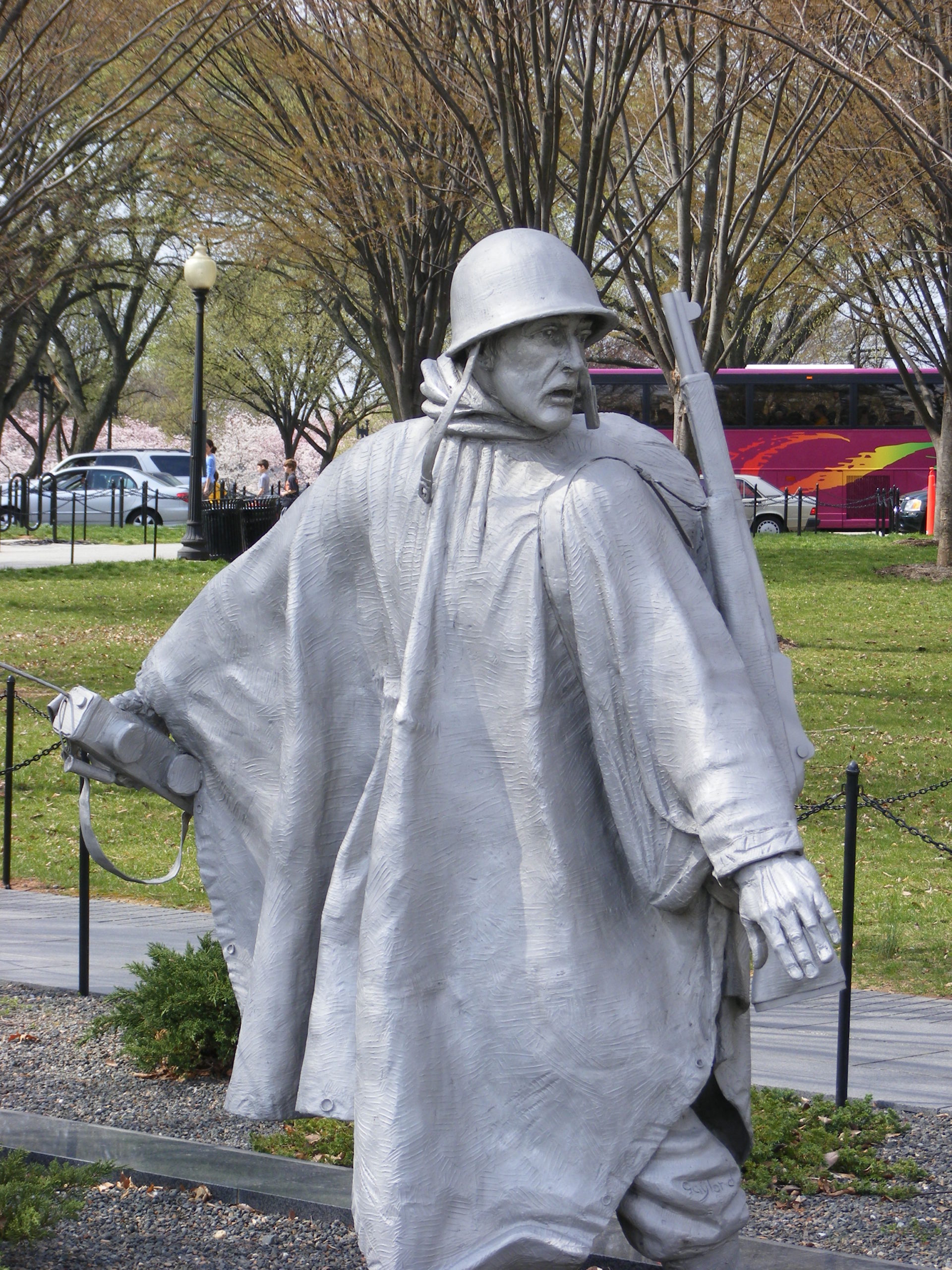 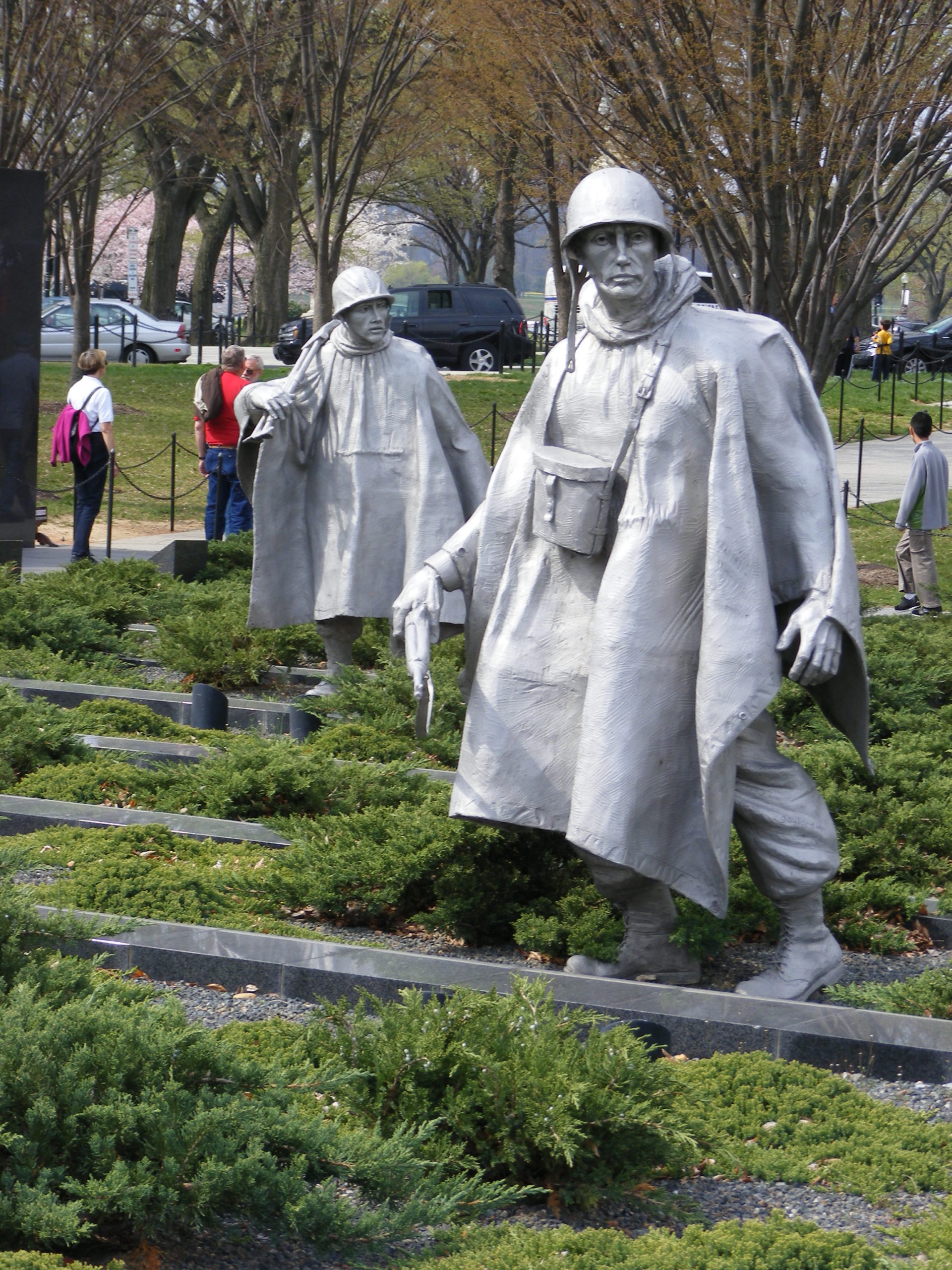 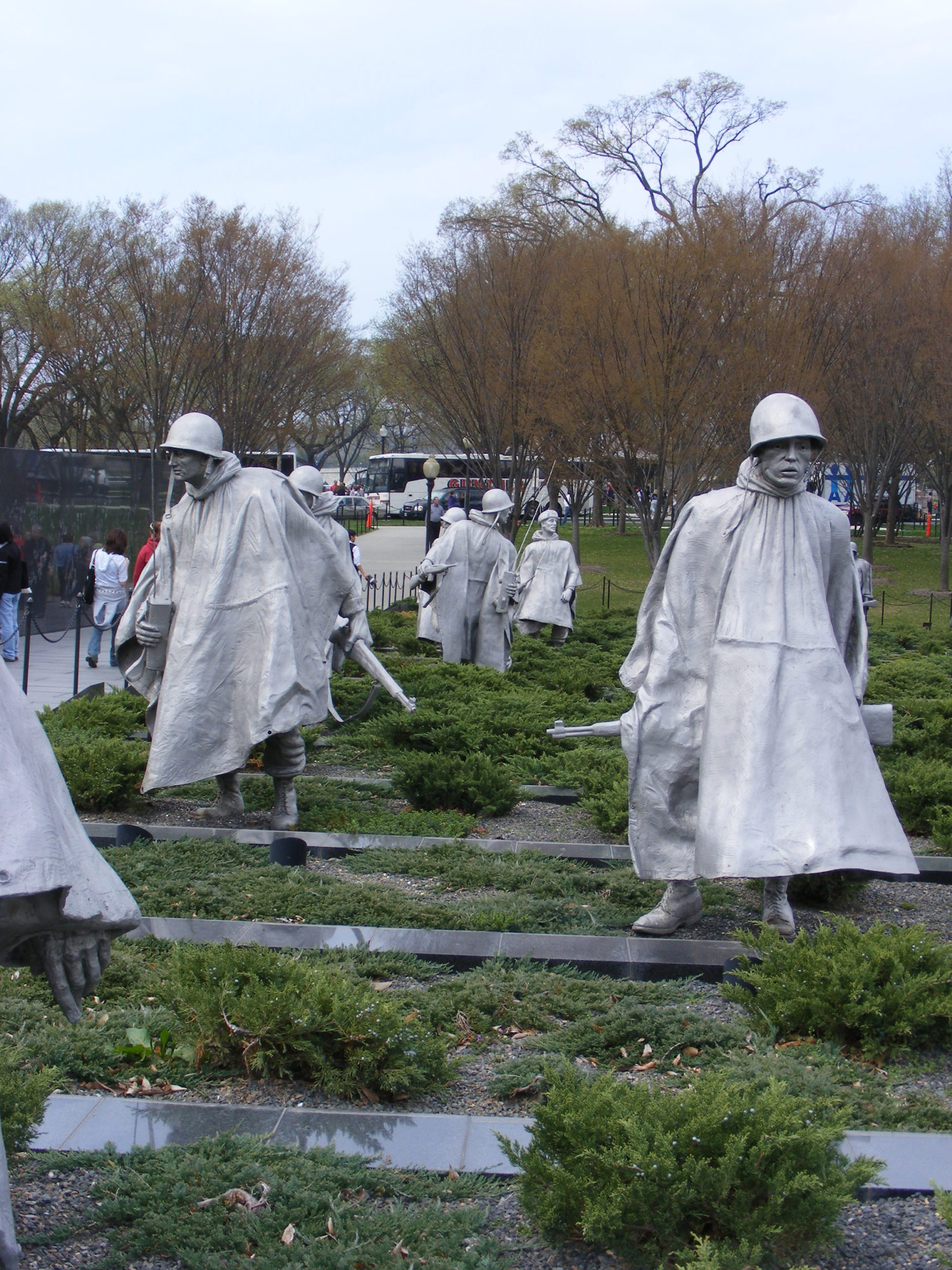 To me, it is one of the best tributes of its kind. If you’ve never visited it, make it a point to do so and spend some time thinking of heroes who, after only five years of a normal peaceful life, starting or resuming a marriage, building homes, careers and creating little kids, packed up their essential gear and went halfway around the world to stand up for Freedom, yet again.

~~Title and final three photos are by the author.

My dad was a Korean War Vet and drove the ambulance and picked up the wounded troops to get them the medics. They were trained to wake with the slightest movement around them and come up swinging, as the enemy would sneak in and slit their throats. As kids when we woke dad, if he napped on the sofa, we… Read more »