June 8, 2020 – ANTIFA, the extremist left wing terror group, has become more militant and aggressive since the death of George Floyd. Using that incident as a wedge issue, they have aligned themselves with other fringe extremist movements, like Black Lives Matter. ANTIFA have participated in riots and looting across the country, and have been given protection by their ideological allies in the Media.

ANTIFA has a history of these attacks, but unlike right wing terror organizations, they have the protection of Hollywood, Academia, the SPLC, the Democrat party, the Media and even certain politicians and wealthy business men. What makes them extremely dangerous is the appearance that their violence is state sanctioned, at least by some governors. In Democrat run areas, ANTIFA thugs are being released from jail immediately, if they are even arrested at all. This has enabled and emboldened them.

For more than a year antifa extremists have subjected my family and I to a campaign of intimidation and terror for my reporting and documentation of their violent extremism as a journalist.”

Now they have attacked and threatened a citizen journalist from Salt Lake City, Utah. Here is his story:

I wanted to attend the events as a citizen journalist and capture what was going on.

Too often Media lie to us. Both BLM and MAGA can agree on that.

What started as a BLM protest turned into an ANTIFA terror scene. These agitators and anarchists are anything but "anti fascist."

Tayler makes a very good point here. The media covers for ANTIFA, and they refuse to document the many violent and atrocious attacks perpetrated by ANTIFA, as it would expose their own lies.

Then they set their eyes on me…

I tried to explain that I was just there documenting events. They didn't care. I'm a 6'0 white male.

They circled me in an organized fashion as if to guide my movement. I began walking away.

This is how ANTIFA works. They do not care if you are an innocent bystander, or if you are simply a member of the press trying to document events. They will attack and threaten you anyway.

One of them took their make-shift baton to my face. You can see the bruising on my right cheekbone.

I couldn't see clearly for a moment but I was ready to start swinging again, I was convinced they wanted to kill me.

Then one pulled a GUN on me. He told me he'd shoot me. pic.twitter.com/AYXw0P7lVG

This is why they are advocating for the “defunding of police” and the “abolition” of Police. They want to be able to beat up and murder anyone who disagrees with their warped world view.

I informed them that ANTIFA has weapons and what I could remember.

Honestly I felt even more of a duty to tell my fellow Americans what was going on. I stayed for a few more hours but cautiously stayed away from those TERRORIST THUGS. pic.twitter.com/6oPROXzrkm

We are continually told by the media that ANTIFA are “the good guys” and that they are not the same as a domestic terrorist organization. They claim there is no “organization” or “hierarchy,” but this is highly misleading. There is obvious coordination on the national and international level. 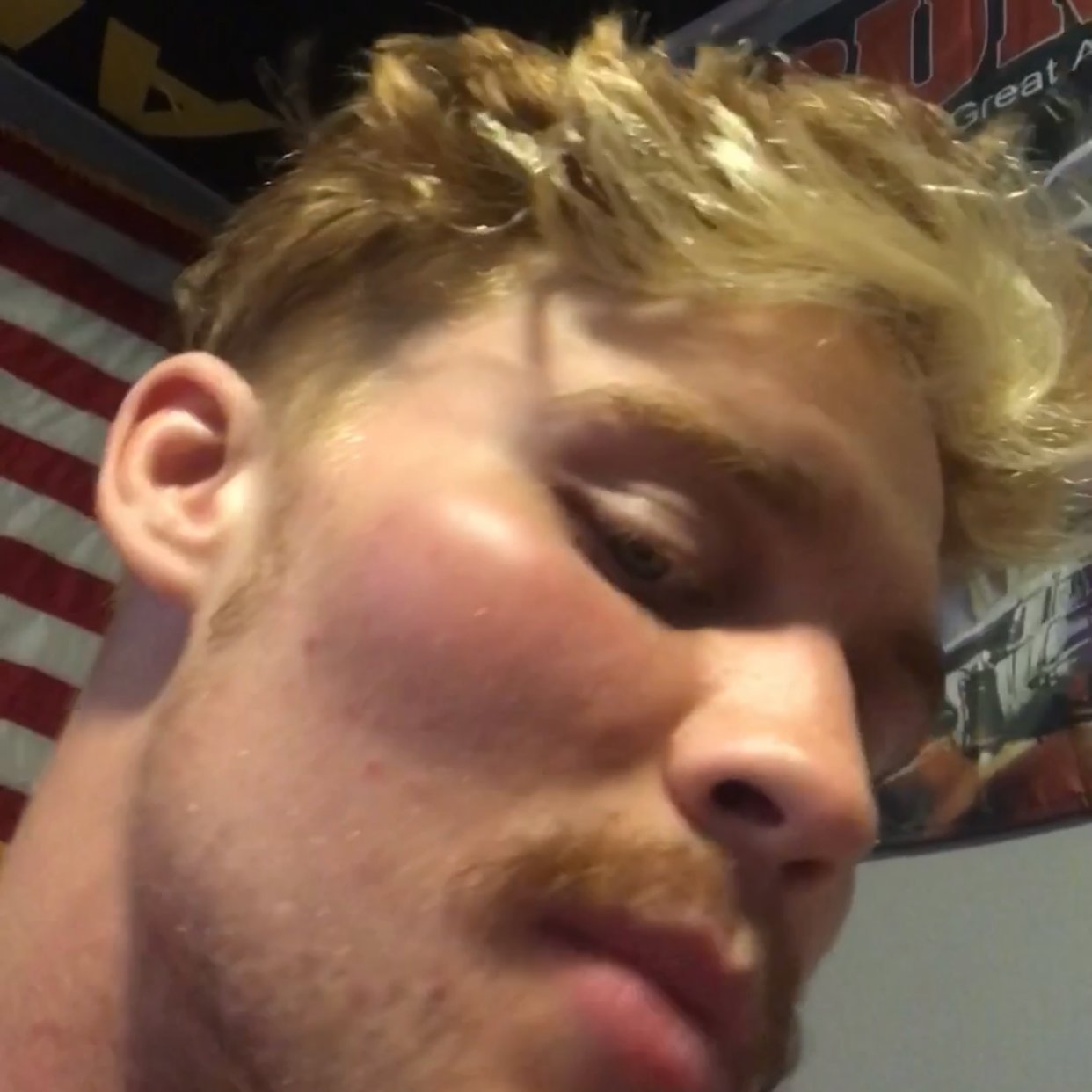 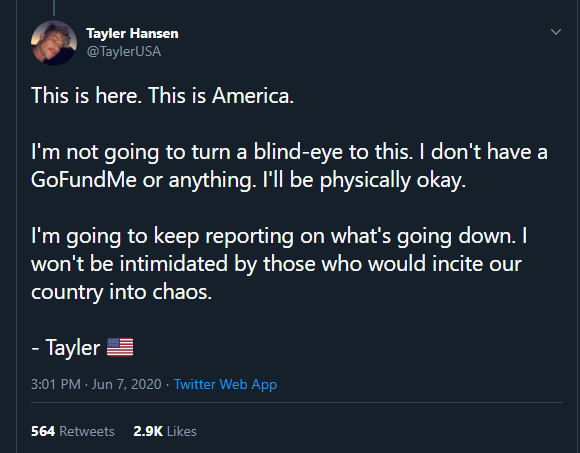 Tayler has vowed to continue reporting on what is occurring in his hometown, despite being attacked and having his life threatened. We need more of this the type of fearless reporting.

More proof the ANTIFA militants causing problems are not from in town. One of the only ones that was willing to have a conversation and he let it slip.. pic.twitter.com/0zGr2lWbGS

Not even 20 minutes after ANTIFAs initial violent attack they had taken an officers loaded handgun out of the police car, flipped it, and set a blaze with live ammunition rounds in the trunk. Their job is to escalate situations and cause harm. Serve indictments to known members. pic.twitter.com/C516wae8H7

This is what you get letting anti fascists run around when there are no fascists to fight. Just more race baiting and domestic terrorism.

Wanted to see the tweet of the antefacist pulling a gun on Tayler. It’s not there. Removed for political reasons?

Oh, and is there a way Tayler can be supported (by notes of encouragement AND financially)?

This website uses cookies to improve your experience while you navigate through the website. Out of these, the cookies that are categorized as necessary are stored on your browser as they are essential for the working of basic functionalities of the website. We also use third-party cookies that help us analyze and understand how you use this website. These cookies will be stored in your browser only with your consent. You also have the option to opt-out of these cookies. But opting out of some of these cookies may affect your browsing experience.
Necessary Always Enabled
Necessary cookies are absolutely essential for the website to function properly. This category only includes cookies that ensures basic functionalities and security features of the website. These cookies do not store any personal information.
Non-necessary
Any cookies that may not be particularly necessary for the website to function and is used specifically to collect user personal data via analytics, ads, other embedded contents are termed as non-necessary cookies. It is mandatory to procure user consent prior to running these cookies on your website.
SAVE & ACCEPT
3
0
Would love your thoughts, please comment.x
()
x
| Reply