By Maggie at The Universal Spectator October 12, 2021

Today is Tuesday, October 12th, 2021 and there are still Americans trapped in Afghanistan because Joe Biden abandoned them.

There is not-a-damn-thing genuine, or even American, about this administration and the globalist people behind it. Nothing except their contempt, hatred and vengeance for the U.S.A. and her people on-whole, and our ability to get past our bad chapters of history … our ability to work hard for a living … our individuality … our sovereignty … our ingenuity … our ability and insistence on personal/private rights, faith and charity … our resistance to being ‘put back in chains’ by an all consuming centralized federal government.

And The Oscar/Emmy/Tony Does Not Go To:

Well now! That space-ballin’ Kamala sitting down and chewing the moon craters with a handful of kids was not just fake, it was ‘fake’-fake.

Edmund DeMarche: Kamala Harris’ space video produced by Sinking Ship Entertainment: Harris was criticized early on for appearing on video since while Biden administration has been facing several major problems

He posted a screengrab from an article from the Washington Examiner that identified the Toronto-based company as the producer of “Get Curious with Vice President Harris,” a YouTube original series…

And a Canadian company? Not even an American production company? For cripesakes! And she is pretending to shoot for the moon for this generation of kids when their major challenges and imminent dangers to sustain their own lives now and in the future are right here. So, Kammy, unless you’re pumping-up these kids to grow up and build a mining industry on the lunar surface to bring back H3 for a new energy source here on Earth, you’re tripping on bad grass, lady. It’s like the whole of this thieving administration either is too damn stupid to recognize “Rome is burning”, or they not only have started the fires but are stoking them…

When you see that armada of ships stacked high with filled product shipping containers floating off the west coast just know that one of those containers used to be $2000 for shipping cost, and is now about $20,000. What used to be 18-20 days to ship from across the Asian Pacific coast now takes upwards of 40 days. warehouses in California are 98% packed with products already, due to truck driving shortages for one reason or another. Some big chain stores have decided to pay for shipping to the east coast in Georgia and Virginia for example, but they are running into issues even there.

Reuters: Americans may not get some Christmas treats, White House officials warn

Christmas gifts aside, the more important delays and shortages involve foods and products that are necessary to Americans on a daily basis. And it is obviously causing the ‘supply and demand’ side of rising prices on these important products.

And then there is the global shortage of key energy products like oil and natural gas. So much so that failed wind/solar energy foolish Europe is now close to begging Russia for gas, and China is increasing its coal production amid their own flooding and shuttering of mines in their north. Meanwhile, the Biden administration, in accordance with the GND agenda bullshit, continues to close pipelines and other modes of energy production here at home while brow-beating OPEC to increase their oil production…

WSJ Ed Board: Oil Prices and Bad Policy: A Biden ban on oil exports would make the supply shortage worse.

Oil prices are rising, and the White House is worried about higher gasoline prices for consumers. Let’s hope the Biden Administration doesn’t compound the damage from its assault on fossil fuels by banning U.S. oil exports.

Average gasoline prices nationwide have risen 40 cents a gallon in the last six months and $1 since December. The White House blames OPEC for not increasing supply more as demand has rebounded amid the pandemic recovery, but that’s a too-easy scapegoat.

Crude oil prices have doubled since November to $83 per barrel, and petro-states want to maintain higher prices to fund their governments. But U.S. producers have also been slower to revive output as the Administration is threatening the oil and gas industry with a panoply of taxes and regulation. Producers aren’t going to drill more wells today, even at today’s higher prices, if they don’t think they will produce future profits.

The Federal Reserve is also a culprit as it has led central banks in stirring inflation that has lifted asset prices, especially nearly all commodities. Price increases this broad-based signal more than supply shortages. Oil is traded in dollars and its price rises amid a general inflation. Oil prices surged in the mid-2000s, and the classic case was the energy crisis that followed the U.S. abandoning Bretton Woods and the dollar’s fixed peg to gold…

Chinese state-run oil and gas company linked to the son of the President of the United States, Hunter Biden, hit record levels of production amidst President Biden’s decision to halt the construction of the Keystone XL Pipeline.

It’s been said that the anonymous buyers of Hunter’s pricy art crap are the Chinese.

Tsvetana Paraskova: Why Bank Of America Thinks Oil Prices Are Heading To $100

This is insanity, right up there with demonizing and forbidding simple treatments for COVID sick and dying, and we need to stop blaming the man-made COVID disaster, and start blaming the secondary man-made infection of bullshit policies and mandates. Winter is coming for the northern hemisphere, North America, Europe, most of Asia, and energy and heating fuel, in addition to vehicle fuel for trucks to ship food and durable products, will be rising to prohibitive rates for trucking companies, first responders and hospitals, and for families. That red paint is oil-based. The cell phones and other tech tools these climate dolts use, and the vehicles and jets they traveled to DC in, are oil based/run. Their energy utopia they are demanding for the rest of us only needs to be exposed in Germany’s/Europe’s failed attempt at it…

Meanwhile the reality idiot and asshole climate cultists, who deserve to freeze this winter, still persist… 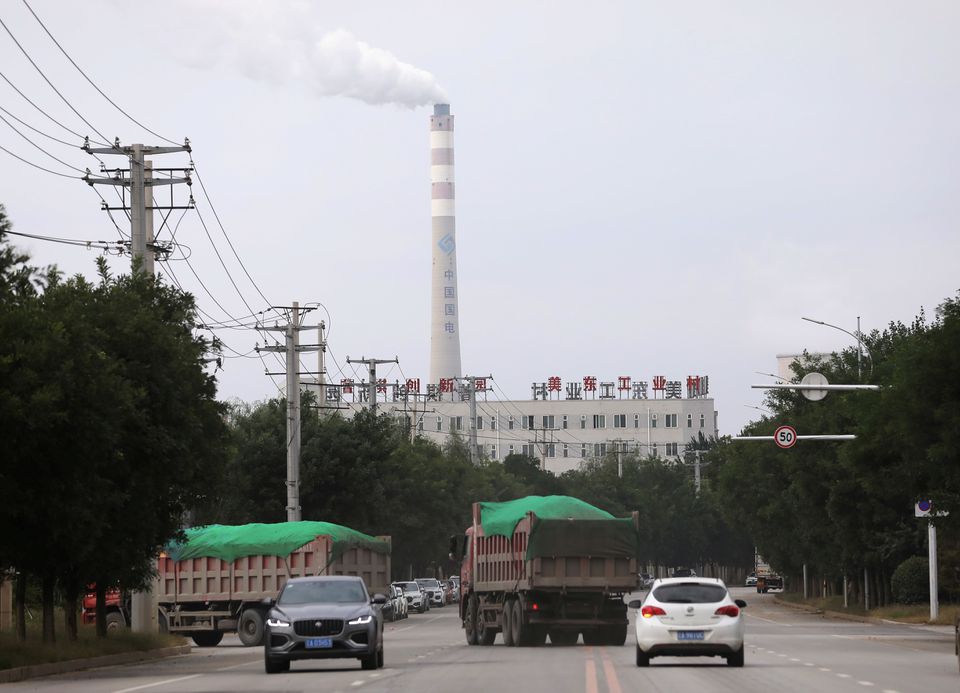 supply situation. China has encountered severe energy crises in many places. The shortage of #power in China has also exacerbated the turmoil in the global commodity market, leading to a surge in the prices of products ranging from fertilizers to silicon.

As pointed out in the above tweet, oil is not just used to make gasoline for vehicles. Oil and its byproducts go into just about everything you can imagine, or are completely oblivious to, from technological products to medical equipment/supplies/drugs, to packaging to protect and preserve perishable consumables, to durable goods like appliances and clothing, to actual infrastructure and building supplies, to even those “renewable energy” devices like wind turbines and solar panels, to the wirings, hook-ups, fiber-optics and other electricity lines even for building and ‘charging’ those dumb-assed ‘electric’ cars, to fueling production and transportation and marketing on all these things.

SO FAR, THE TREND FOR THE 21ST CENTURY SEEMS TO SUPPORT THEIR APPROACH: ‘Preppers’ Quietly Stock Up for the ‘Perfect Storm.’

People, he said, are waking up to the worsening reality of supply chain disruptions and food shortages, and rapid political and social changes that all point toward “a perfect storm” just ahead.

The COVID-19 lockdowns and empty store shelves only served to heighten popular sentiment that the “old normal” is gone, he said.

“When the pandemic struck, we started seeing all this panic buying,” Maddox said. “What’s really increased is the number of people that contact me. These are really personal emails. They’re not crazy extremists. These are single moms, elderly people, disabled people, regular working people. They’re realizing that things are changing. They can just feel things are changing rapidly,” he said.

“The riots [of 2020] were bad. The election was bad. Now what’s happening is the whole world is starting to change.”

And not for the better.

Megan Henney: US inflation expectations surge to highest level since 2013: US consumers expect inflation to be up 5.3% one year from now

VIDEO: Mark Meadows: Democrats want to talk about anything other than the economy

FBN: Varney explains why your 401(k) is taking a hit: “All over the world energy prices are going through the roof”

Sebastian Hughes: ‘I Don’t Think There Is An Answer’: Labor Secretary Shrugs Off Questions About Why People Aren’t Working

Peter Romeo: BRACE YOURSELF FOR A MASS EXODUS OF EMPLOYEES: More than half the wage earners currently working in the hospitality business are planning to quit by Jan. 1, according to new research. A survey of 13,659 wage earners by the online job marketplace Joblist revealed that 58% of restaurant and hotel employees intend to quit their jobs by the end of the year, stoking what the researchers have dubbed The Great Resignation…

And the vax-pocalypse continues to cost jobs and cause a growing chaos in important human services, and in our lives, as we are demonized as enemies of the state…

Twitchy: Blame the weather? Photo of Gadsden flag hanging from a certain airline’s cockpit window is making the rounds

Charles Creitz: Pilot rebuffs Biden’s vax mandate amid Southwest turmoil: ‘We have all the control’: Joshua Yoder said mass layoffs will have lasting devastating effects on the US economy

Kylee Zempel: Biden Can’t Pin His Economic Train Wreck On People Who Oppose Medical Coercion: We’re old enough to remember the government’s actions that led us straight to this cataclysmic economic failure. It has nothing to do with who does and does not have the jab — and Biden’s talking points aren’t fooling anybody.