Virginia Roberts Giuffre, Richardson’s accuser, spoke out about her experiences with the Miami Herald, noting she was 16 at the time her abuse began.

Virginia Roberts Giuffre has said that Ghislaine Maxwell, Jeffrey Epstein long-time partner and daughter of Robert Maxwell, instructed her to  have sex with Epstein’s prominent associates. 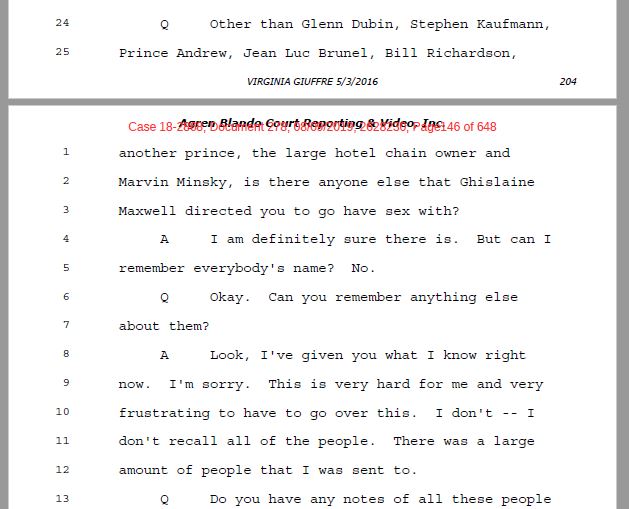 (Read some of Virginia’s statements from Miami Herald’s 2018 article below.)

*From Miami Herald Article in 2018

*”Before you know it, I’m being lent out to politicians and to academics and…royalty and people that you just, you would never think, ‘How did you get into that position of power in the first place?'” Giuffre said.  Read More!  *(Fair Use)

Other men who she alleges abused her include former U.S. Senator George Mitchell (D-ME) who once served as Bill Clinton’s Special Envoy for Northern Ireland, Prince Andrew of Great Britain, the late MIT scientist Marvin Minsky, influential financier Glenn Dubin, and modeling agency founder Jean-Luc Brunel. She also listed “another prince,” a “foreign president,” a “well-known prime minister,” and the French owner of a “large hotel chain” as unnamed men who preyed upon her. . . . .

. . . . She (Virginia) told Menninger about how she was sent as a part of Epstein’s child sex trafficking operation to Richardson, who served in the Clinton administration as energy secretary and U.S. ambassador to the United Nations.

“They instructed me to go to George Mitchell, Jean Luc Brunel, Bill Richardson, another prince that I don’t know his name. A guy that owns a hotel, a really large hotel chain, I can’t remember which hotel it was. Marvin Minksy,” she said.

Giuffre claims she was victimized by so many men that she could not possibly remember who they all were.

. . . Richardson was forced to return $50,000 in campaign donations from Epstein after he was convicted of sex crimes in 2007. Richardson has also been accused of illegally giving a woman $250,000 to keep quiet after being accused of sexual harassment, although a federal investigation ultimately found no wrongdoing. . . . Read More!  *(Fair Use) 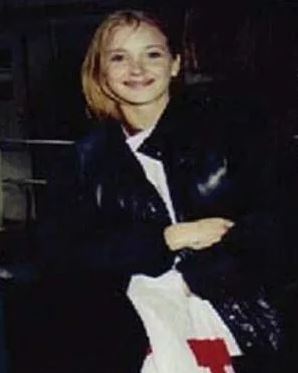 
This is a developing story.  Please continue to watch for new updates.