Antarctica – the last true frontier on the Earth — lives up to that name.  Yet 42 countries brave this desolate continent, despite the weather extremes, to place research stations across its barren landscape.

The frozen continent of Antarctica is 14,200,000 km2 (5,500,000 sq mi), twice the size of Australia with a population of 1,106. There are no indigenous humans on the continent and the population is comprised of researchers from 42 countries.

China signed the Antarctic Treaty in 1983 and became a consultative member two years later. It sent its first Antarctic expedition in 1984 and set up its first permanent station the next year. It now maintains four Antarctic stations－Changcheng, Zhongshan, Taishan and Kunlun, and has sent 33 expeditions.

The Great Wall Station was the first Chinese research station in Antarctica and opened on February 20, 1985. It lies on the Fildes Peninsula on King George Island. The station, with up to 40 researchers, is sited on an ice-free rock and is  3,233 meters (10,607 ft) above sea level, which is operational all year long.

At 1880 sq. ft. this first Chinese research station is home to 40 researchers in the summer months (November – February) and houses 14 in the winter.

As with the other Chinese research stations, they remain a minimal number of researchers and maintenance workers during the winter months.

The treaty had been adding new countries to Antarctica over the years, following the rules outlined in the Antarctic Treaty.

This ended, according to China.org.cn in an article written on March 9, 2019, entitled “China to legislate on Antarctic operation and protection” 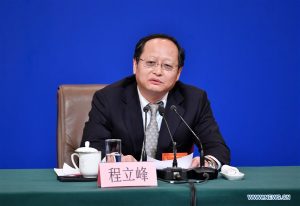 China will make a domestic law on the Antarctic operation and environmental protection in line with the Antarctic Treaty’s principles and requirements, said an official with the country’s national legislature Saturday.

The legislation is aimed at clarifying relevant departments’ responsibilities and regulating participants’ activities in Antarctica, said Cheng Lifeng, a member of the Environment Protection and Resources Conservation Committee of the 13th National People’s Congress (NPC), at a press conference on the sidelines of the annual legislative session.

Cheng said his committee is busy with drafting the law, which is included in a legislation plan of the 13th NPC Standing Committee.

Now things are getting clearer, China now has a foothold in Antarctica.

Questions remain, “what interest is China looking for?”

Are there any natural resources that the Chinese could exploit? Perhaps. So let’s dig into what resources Antarctica may offer.

Some of the natural resources of Antarctica include its mineral deposits of iron ore, chromium, gold, copper, nickel, and platinum, marine wildlife and small reserves of coal and hydrocarbons. The majority of human activities in Antarctica are not for commercial or economic purposes but are rather centered on scientific research and pursuits.

Rare earth elements have also been found in ice cores and other scientific procedures.


China would benefit from access to the natural resources and the rare earth elements, but again the Antarctic Treaty prohibits any activity for economic gains by mining or other procedure pertaining to commercial use.

Australia’s minister for Antarctica has warned: ‘there is no trade-off’ between the two major disagreements dividing Australia and China on and around the southern continent.

China opposes a planned marine park and Australia remains against a Chinese proposal for administration of a region called Dome A inside the Australian Antarctic Territory.

Each proposal requires agreement from all nations involved in the administration of Antarctica (or its nearby oceans) to proceed.

When asked whether the two proposals were linked, Environment Minister Sussan Ley claimed they were ‘two separate issues.’

‘I want to see the East Antarctic Marine Park go forward on its own merits,’ she said.

The planned marine park, also backed by France and the European Union, promises to limit fishing and conserve deep-water reefs in the oceans off Australia’s Antarctic claim.

China and Russia are the major opponents of the proposal for what would be the third marine park in the region.

A report from a meeting last year stated Russia argued data was not available to address the objectives of the marine park proposal and China also harboured ‘concerns.’

‘Every country is entitled to pursue its own interests in the region,’ Ms Ley said

In a recent article in the “South China Morning Post,” it would appear so. China and the U.S. are both laying claim to Dome A (Dome Argus), a remote plain of ice, at 4,093 meters above sea level.

In 2005, China established the Kunlun research station at “Dome A” which included a telescope array for astronomical observation and monitoring space debris. Subsequently, the U.S. set up a temporary base 62 miles from the Kunlun, Chinese research station. 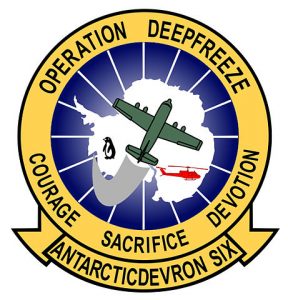 Operation Deep Freeze was a collaborative effort among forty nations to carry out earth science studies from the North Pole to the South Pole and at points in between.

The Navy’s Antarctic Development Squadron Six had been flying scientific and military missions in 1988.

Responding to a question about the U.S. presence, the Chinese foreign ministry stressed that China was open to cooperating with other countries in Antarctica:

‘The South Pole is crucial to the survival and sustainable future of the human race. It should become a new frontier of multinational cooperation, rather than an arena for power plays,’ the ministry said.

‘Building a peaceful and stable Antarctica which is environmentally friendly and with a fair governance system is in the interests of mankind,’ it continued.

‘China is willing to work together with other countries to turn Antarctica into a new high point of international cooperation and for the further development of the South Pole.’

Under the Antarctic Treaty System signed by 54 nations, the role of an Antarctic Specially Managed Area (ASMA) is to ‘assist in the planning and coordination of activities within a specified area, avoid possible conflicts and improve cooperation.’

The friction between China and the U.S. arises from both countries establishing bases on Dome A, which seems unusual as both countries claim the use of this region to monitor and destroy space debris.

Earth-based laser systems, which both countries utilize, are effected by winds that cause interference in the lasers used to target and eliminate space debris before it re-enters the Earth’s atmosphere. Dome A is ideal for these systems, having slight winds of 2 meters per second or 4.5 mph year-round.

There are several reasons why China has targeted Antarctica as their next quest. The main portion of their position on the continent, as stated, is to control several aspects of scientific studies that can only be done in the geographical locations of the Chinese research stations. However, when China has governance over research station projects and locations of other nations, and exhibits the intention to intrude on another country’s claims, it becomes clear that China is and has been targeting Antarctica as another strategy for establishing control throughout the world.

There are other reasons to control and explore Antarctica, but that is a subject for another article. Here is a short video to consider.

~~  Coming soon: Investigating the subject of the above video will yield more information.