Impeachment, unbridled political bickering, and many ancillary divisive matters are transpiring on our national front. As momentous as they may seem, these issues will be resolved sooner than the plans China has been implementing for decades, in pursuit of global economic dominance.

China’s reach is worldwide, staking claim to lands of other nations by indebtedness forced upon the unwitting countries, via China’s advancing the financial resources to invest in their badly needed infrastructure projects.

These agreements with China have been made in the name of the One Belt One Road (OBOR) plan or the One Belt Initiative (OBI) which, in theory, will connect trade routes around the world. Also, in theory, this should be a good thing for trade, but at what cost?

Since 2009 China led the advent of Brazil, Russia, India, China, South Africa (BRICS) group that would seek to improve mutual infrastructure projects in the BRICS members’ nations. Each nation contributes funds required for membership in the group.

Financially, the member countries entered into agreements they could ill afford with the financial backing of the BRICS’ group of the Peoples Bank of China. This has forced these countries to allow China to enter and in some cases control the infrastructure development, political influence and social status of their nations.

This was the beginning of the New Maritime Silk Road and continues throughout the southern hemisphere, through Panama Canal, into portions of the Gulf of Mexico, then onto the African Continent where China has built and/or now control.

It is amazing that the Chinese, in 10 short years, have established several strategic footholds throughout the Southern Hemisphere. By using BRICS-funded or backed capital for infrastructure development. All partner nations must abide by the BRICS rules agreement with all nations involved in the approval process.

China is insistent to spread its tentacles of influence further by expanding the OBOR/OBI embarking on the Northern Hemisphere with its “Polar Silk Road” concept.

September 2015, China initiated the Asian Infrastructure Investment Bank (AIIB), signed by 51 Prospective Founding Members (PFMs), and with $50 billion, eventually to be raised to $100 billion. The AIIB will be the financial instrument to finance or back loans, again for infrastructure projects.

The projected investment for OBOR/OBI will be $1.4 trillion, about 12 times larger than the Marshall Plan, which was about $120 billion in today’s value, leveraging $100B to service $1.4T.

For decades China has been advancing its position to dominate the globe’s economic shortcomings by investments that connect the world’s trade routes worldwide. To achieve furtherance of this goal, new lanes of shipping must be considered.

China is also closely involved in the trans-regional and global issues in the Arctic, especially in such areas as climate change, environment, scientific research, utilization of shipping routes, resource exploration and exploitation, security, and global governance.

To fully utilize their endeavor, they must have the ability to not only control Arctic sea lanes but have the means to do it. The solution for China is to use older icebreaker ships, many of which have been modified to displace thicker sea ice. 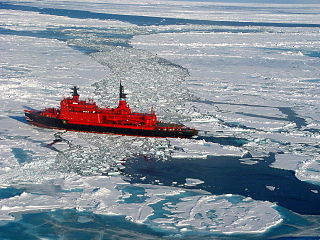 The Chinese research vessel Xue Long, built-in 1993 at Kherson Shipyard in Ukraine. She was converted from an Arctic cargo ship to a polar research and resupply vessel by Hudong-Zhonghua Shipbuilding of Shanghai by the mid-’90s. The vessel was extensively upgraded in 2007 and 2013.

As of 2018, “Xue Long“, is the only Chinese ice-breaking research ship in service.

The Chinese have been criticized by countries that have land adjacent to the Arctic regions that China is proposing to use to accommodate the “Polar Silk Road”. The following are just a few:

To read the opinion go HERE

Russia opens the Siberian pipeline to China as Beijing expands its influence in the Arctic
Published Tue, Dec 3, 2019, by Grace Shao for CNBC

A new natural gas pipeline connecting Russia and China is the latest example of increasing collaboration between Moscow and Beijing in the Arctic Circle.

The pipeline comes after China unveiled a plan nearly two years ago called the ‘Polar Silk Road,’ expanding its campaign for influence to the Arctic. While Beijing has branded itself as a ‘near-Arctic state,’ that far-stretched claim on the region is dependent on its partnership with Russia.

In a $400 billion deal signed in 2014, the 3,000 km long ‘Power of Siberia’ pipeline stretches from Russia’s Siberian fields to China’s historically coal-burning northeast.

(The pipeline) diversifies import supplies for China. ‘It will be very competitive gas at the border and I think gradually improves gas penetration for the northeast part of China,’ said Scott Darling, head of Asia Pacific commodities research at J.P. Morgan.

China is enveloping the world without consequences as the world deals with many nations, without realizing it, surrendering its Sovereignty to the Chinese OBOR/OBI.

Now with the “Polar Silk Road” as an extension of the OBOR/OBI, it gives China a majority of the worldwide trade routes, all the while spreading political  and monetary influences. The most frighting aspect of their agenda is having their military power strategically located at every country along the New Silk Road.