Since its induction into the BRICS (Brazil, Russia, India, China, South Africa), a group that underwrites financial investments for Infrastructure Development, there has been a question of the geopolitical influence China plays in South Africa.

South Africa has been a country with a corrupt government and an unstable economy, but still, the Chinese BRICS group has excepted less than half of the initial monetary commitments required to be a part of BRICS.

China’s interest in South Africa represents a strategic addition to the “New Silk Road,” sometimes referred to as the One Belt One Road (OBOR ) or One Belt Initiative (OBI). Not only is it a step in the initiative, it also has some natural resources that China would like to access.

As China has done many times before, they are using a country’s “value” over the cost of the investment. One only needs to look at countries that are indebted to China for funding/backing loans that finance “Infrastructure Projects,” to understand the dynamic.

To date, South Africa has seven infrastructure projects. Each of the seven projects is funded through the Chinese BRICS group. Loans were secured by financial entities, mostly in South Africa, and the National Bank of South Africa.

As part of the infrastructure development, China opens free trade with South Africa. This may sound pretty good economically, however, the South African nation has to service its debt. What is the value South Africa holds that will benefit China?

This is the time to weigh the value over the cost of the investment. 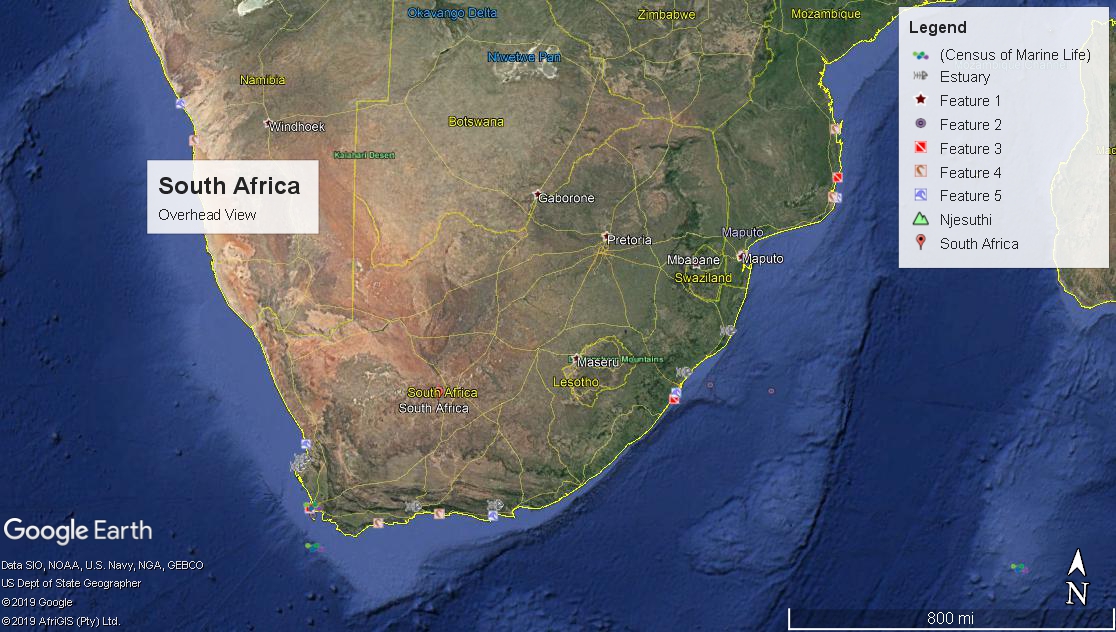 These are the top five natural resources of South Africa that China would find worth the investment in the South African country.


The largest mines are South Deep gold mine in the Mpumalanga region. Kromdraai gold mine, a 40-minute drive north of the capital, Johannesburg. Mponeng gold mine, Carletonville, west of South Africa’s capital Johannesburg. Western Deep Levels mines in the West Wits gold field, west of Johannesburg, the TauTona facility is the deepest mine in operation today, with an approximate depth of more than 3,900 meters. President Steyn Gold Mine, Welkom, South Africa.

Diamonds – Ever since the Kimberley diamond strike of 1868, South Africa has been a world leader in diamond production. The primary South African sources of diamonds, including seven large diamond mines around the country, are controlled by the De Beers Consolidated Mines Company. In 2003, De Beers operations accounted for 94% of the nation’s total diamond output of 11,900,000 carats (2.38 t). This figure includes both gemstones and industrial diamonds. Diamond production rose in 2005 to over 15,800,000 carats (3.16 t).

Ferrochrome – South Africa, as the dominant global chrome producer, last year delivered half of the world’s production of chrome ore.

Platinum – Platinum is a silver-white metal — it was once known as “white gold.” It is extremely resistant to tarnishing and corrosion (which makes it known as a “noble metal”) and is very soft and malleable, making it easy to shape; ductile, making it easy to stretch into wire, and unreactive, which means it doesn’t oxidize and is unaffected by common acids.

Platinum is one of the transition metals, a group that includes gold, silver, copper and titanium — and most of the elements in the middle of the periodic table. The atomic structure of these metals means they can bond easily with other elements.

In a School of Advanced International Studies (SAIS) report in 2008, “China’s Role in the Development of Africa’s Infrastructure,” the issue of China’s interest in funding infrastructure projects as a way to develop infrastructure of Africa is discussed.

The most important project is the “Durban Container Terminal Berth Reconstruction Project.” The successful implementation of the project will allow the Durban Port to accept larger vessels with a gross tonnage of more than 100,000 tons or 9,000 twenty-foot equivalent units (TEUs) capacity. The existing three berths of the Durban Container Terminal will be lengthened and deepened to create additional slots for berthing of larger container vessels. With the container ship’s upsizing trend, the project fits the global maritime industry trend of an increasing number of Post-Panamax vessels calling at ports worldwide.

In 2018 Finance Minister Nhlanhla Nene was elected chairperson of the board of governors of the New Development Bank (NDB), a Chinese owned financial instrument.

Shortly after the Finance Minister was elected to the board, the NDB approves a $200m loan for the Durban container berth project. The following is the Durban Container Terminal Berth Reconstruction Project Summary.

Over the last two decades, South Africa has become a major role player in the economic development of Sub-Saharan Africa as a service and manufacturing hub. The economic forecast underpinning the freight demand forecasts is based on a belief that South Africa will enhance this role in the future. This will not only affect the volume of exports, but the composition of exports as well. The freight demand will also have an important bearing on the infrastructure of the South African harbors such as Durban Port. Durban is the main gateway and hub-port for Africa, accounting for 65% of the South African container throughput. Durban Port plays an important role in the South African economy, with Durban being one of the largest South African metropolitan areas on its own and the gateway to the largest metropolitan area Johannesburg. However, the existing demand from larger container vessels challenges the Durban Port container operations. Existing infrastructure requires expansion to sustain and increase container handling volumes. In this context, the Project is designed with financing from NDB to enhance the Durban Port’s capacity and improve the port’s competitiveness. The Project is in close alignment with NDB’s mandate of supporting sustainable infrastructure development.

The objective of the project is to support the development and rehabilitation of a maritime and onshore infrastructure of the Durban Container Terminal. In particular, the Project seeks to expand and modernize existing facilities, to permit an improved mode of operation and to develop an infrastructure that fits the global shipping industry trends. NDB will provide a loan of USD 200 million to support the Project.

The successful implementation of the Project will allow the Durban Port to accept larger vessels with gross tonnage of more than 100,000 tons or 9,000 TEUs (twenty-foot equivalent unit) capacity. The existing three berths of the Durban Container Terminal will be lengthened and deepened to create additional slots for berthing of larger container vessels. With the container ship’s upsizing trend, the Project fits the global maritime industry trend of an increasing number of Post-Panamax vessels calling at ports worldwide.

The Project’s socio-economic benefits include significant and direct expansion of business sales for the local businesses, the construction sector, and the manufacturing sector. The Project will also contribute to the regional labor market, as expansions of the capacity of the Durban Container Terminal are significant generators of employment, both in the capital expenditure and operational phases. Furthermore, the subtidal fishing communities will benefit from increased fish stocks due to the ecological enhancements from the Project, as an extension of the Central Sandbank will, in turn, enhance positive nursery impacts due to increased intertidal and subtidal habitat.

The Project is categorized as “A” in accordance with the NDB Environment and Social Framework. The environmental and social impacts of the project are contained in the Environment Management Program (EMP) which includes proposed mitigations to ensure minimal negative impact. Transnet shall monitor and ensure implementation of the EMP while ensuring full compliance with South African legislative requirements and the NDB’s Environmental and Social Framework.

The total cost of the Project is estimated to be $643 million. NDB will support the Project through a Non-Sovereign Project Loan of $200 million. The balance will be financed by Transnet.

The above presents a basic summary expected to fulfill only one of seven projects approved in South Africa. The total cost of the seven projects is $1,956 million.

When looking at these numbers you can see that China does have a financial advantage with regard to the Durban project. However, the biggest advantage for China in South Africa is its location.

Having the ability to enter into agreements, China backs the funds for its infrastructure, as mentioned earlier, and in turn, develops the means to affect other interests in the region. One of those is the “Durban Container Terminal Berth Reconstruction Project” giving the Chinese another port in Africa.

Though the port is being reconstructed to allow for more cargo containers, the project also will dredge the port to allow larger ships to berth as well as another trade free zone.

To get products to the port, China and some other financial funding has approved the reconstruction of both road and rail systems to support the transportation of products for export to be placed into cargo containers at the port.

In some reports, the South African National banking system will serve as a center to manage banking transactions for other African countries.

South Africa is also a strategic location for the New Maritime Silk Road and can be used for a Chinese Naval base to assure the shipping lanes are safe as well as to provide a berthing port for Chinese Naval ships.

The long term investment by China in the region solidifies China’s quest to extend its power world-wide.

~More Information is forthcoming and will be reported as it progresses.