Over the past few decades, China has been creating a worldwide spider web of trade routes, both land and sea. Their quest is to create a New Silk Road.

The original Silk Road trade routes are described below:

The Silk Road was an ancient network of trade routes, formally established during the Han Dynasty of China, which linked the regions of the ancient world in commerce between 130 BCE-1453 CE. As the Silk Road was not a single thoroughfare from east to west, the term ‘Silk Routes’ has become increasingly favored by historians, though ‘Silk Road’ is the more common and recognized name. 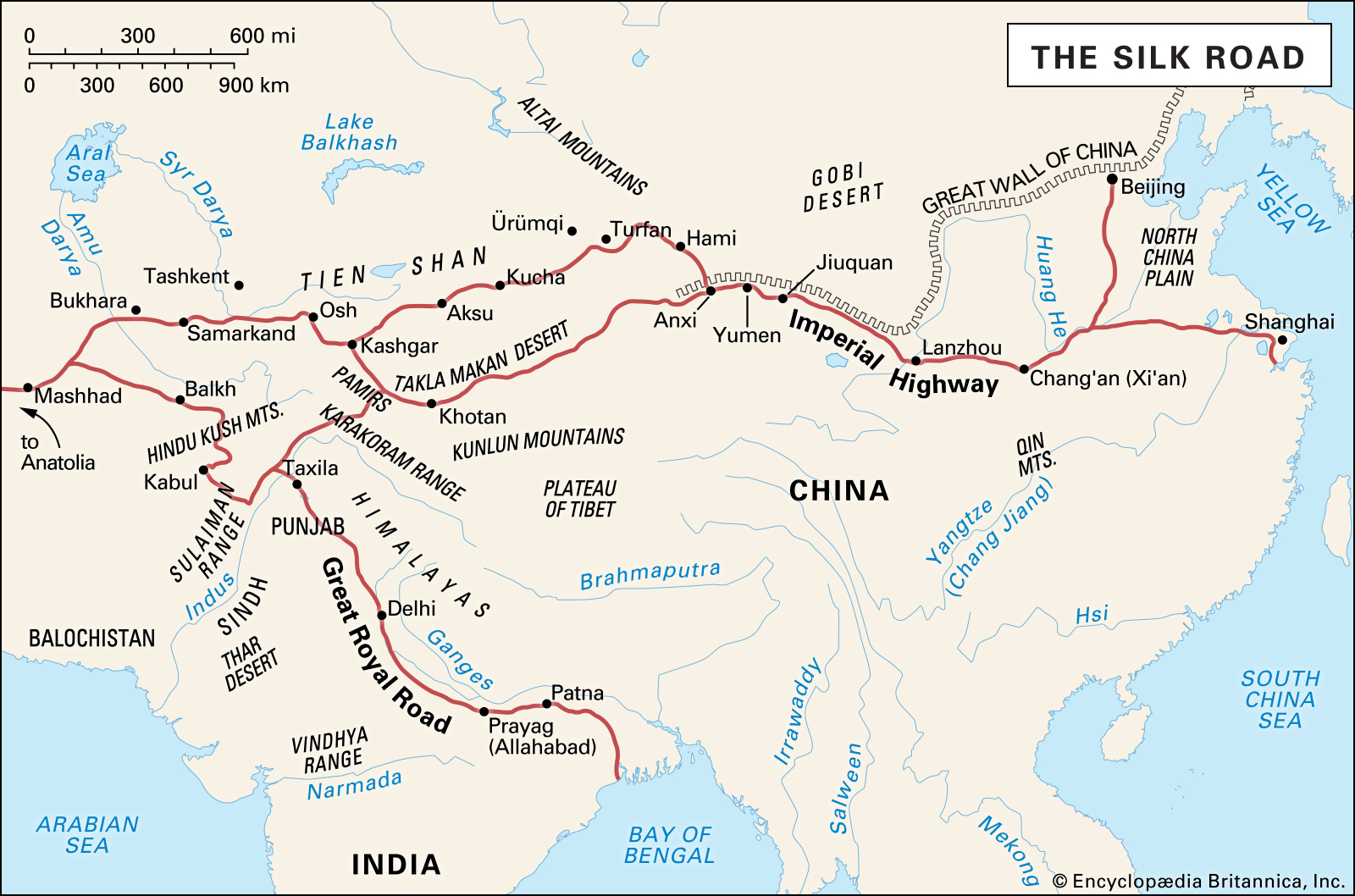 The original Silk Road was created for trade throughout China to the east, spreading its roads as far as a trade would allow. This enriched all countries and regions on its route.

Present-day China is involved in this agenda to be Globally Dominant and has been buying or indebting nations in its wake.

This is a sector of the Maritime New Silk Road of today.

There are currently 421 active ports in Africa, according to Ports.com, a resource to all seaports worldwide. This will be referenced to illustrate the strategic, military, and container ports that China influences on the African Continent. In this article, we will be looking at both the east and west coasts of Africa deepwater seaports controlled or funded by China.

The Simandou Iron Ore Project, Matakong Deepwater Port in Matakong, Guinea, is located in the western region of Africa.   The Chinese built this in exchange for the agreement to mine a huge, unused, high-quality iron ore deposit. A Chinese-backed international consortium has signed a $14 billion contract to build a 650-km railway line across the country and a deep seaport for shipping the product.

The Matakong Deep Water Port project expands the port to enable larger ships to berths, such as the Panamax and New Panamax size ships designed to transit through the Panama Canal.

This type of infrastructure is a mainstay for the Chinese-backed projects used in several other countries in agreements with China. The strategy is to establish financial avenues to fund the infrastructure needed to economically benefit both nations.

The transport of iron ore and bauxite from the interior of Guinea to the Matakong Port has increased with higher capacity owing to the Chinese-backed railway and deepwater projects.

Matakong in Guinea gives China a deepwater port to load their ships from the Simandou Iron Ore Project. Both projects involve Chinese-backed funds and provide China a shipping path to the seaport, continuing through to the Panama Canal to China.

Again China has created a strategic position. Matakong Deepwater Port not only can accept large transport ships but is deep enough to accommodate most Naval vessels in China’s Navy.

Doraleh Multipurpose Port: Chinese state-owned banks and firms finance and built the port, and one firm is a minority shareholder in the joint venture firm that runs it. The port is estimated to add nine million metric tons of annual service capacity to Djibouti’s port infrastructure, more than doubling the amount of cargo it can handle.

Ethiopia-Djibouti Railway: Chinese state-owned firms have financed and built the railroad. They will operate it for six years, and one firm owns a 10% stake in the Djibouti-Ethiopia joint venture that will oversee the operation of the railroad. When complete, the railway will connect Ethiopia’s capital to the Doraleh Multipurpose Port, enhancing Djibouti’s role as the gateway to Ethiopia, one of the fastest-growing economies in Africa.

The Republic of Djibouti is a sovereign state located in the Horn of Africa.

The economy of Djibouti is derived in large part from its strategic location on the Red Sea. Djibouti is mostly barren, with little development in the agricultural and industrial sectors. The country has a harsh climate, a largely unskilled labor force, and limited natural resources. The country’s most important economic asset is its strategic location connecting the Red Sea and the Gulf of Aden. As such, Djibouti’s economy is commanded by the services sector, providing services as both a transit port for the region and as an international transshipment and refueling center.

With Chinese financial aide, Djibouti’s Doraleh Multipurpose Port has been expanded to facilitate cargo and container ships to berth. Most significant to China is not what the Chinese can import in any trade from Djibouti, but the port’s location.

Situated on the Horn of Africa, it is strategically located near a choke point for trade from the Gulf of Aden to the Red Sea. Also, the Chinese military has built up its base, which is also the home of a U .S. military base, both near Djibouti’s Doraleh Multipurpose Port.

This is a major concern for the African continent.  At the cost of many nations’ total Sovereignty, China has financed much of Africa’s infrastructure.

A watchful eye must be kept on the influence China has over African nations. Indebted to the Chinese backed financing for infrastructure projects, the concern is that the nations may not be able to service their economic debts.

Chinese port ownership or operation poses immediate risks to U.S. interests, nine of which potentially allow China to extract intelligence, to block the U.S. government from accessing territory or services (such as critical port access at Djibouti City), and to use ports to dock military vessels. China’s technical knowledge and operation of the ports located across the region may also provide strategic depth to pre-position, deploy, and refuel its naval fleet, as well as block adversaries during periods of conflict. Notably, port investments do not always precede Chinese military access to ports.

The Doraleh Multipurpose Port in Djibouti City is currently the most concerning port, given its proximity to a maritime chokepoint and U.S. military base. Including its naval base, China currently controls two of the five terminals at the Port of Djibouti. Additional research could reveal the strategic significance of the other ten ports.

Indeed Africa should be assessing the threat risk of China, not only for the debt they owe but how much cultural, economic, military, and political influence China is building on the continent.