Over the past few years, we have seen an uptick in reports of China’s strategically located harbors and ports in the western hemisphere. Then Sunday, September 1st, hurricane Dorian became an historic Category 5 hurricane with sustained 185-mph winds and gusts of up to 225 mph, which drew attention to two major Chinese seaports in the Bahama Islands.

China built a seaport, two miles north of Cooper’s Town, Abaco Island of The Bahamas 180 miles off the U.S. coast, prompting suspicion from locals who are concerned about China’s potential military ambitions in the area. The port is currently empty, unused, and surrounded by barbed wire. 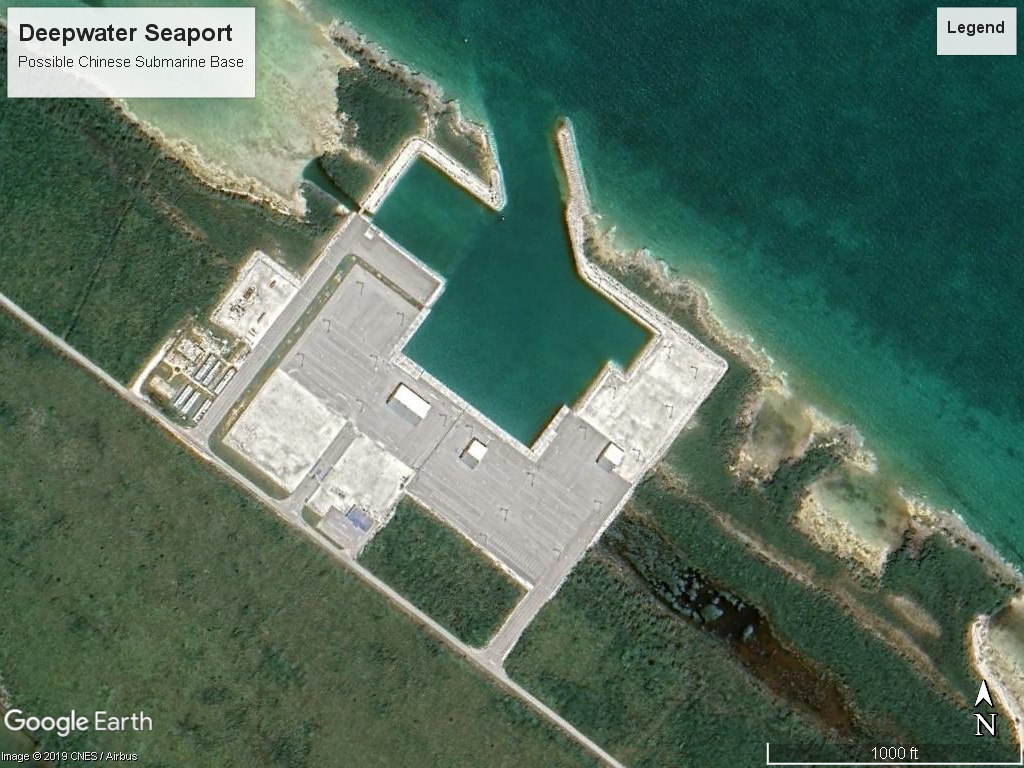 In an article called “Chinese Company Completes World’s Largest Port In Bahamas“, by Christopher Ruddy and Stephan Archer from 20 January 2000 for Rense News, the authors write “The same Chinese company that recently took operational control of the Panama Canal is currently completing construction of the largest container port in the world in Freeport, the Bahamas – just 60 miles from Florida.”

In 1995, Hutchison Whampoa entered into a 50-50 partnership with the Grand Bahama Development Company, a privately owned Bahamian company, to develop and expand the small Freeport facility that had catered to cruise ships into a full-fledged deepwater port container facility.

According to Michael Powers, Hutchison Whampoa’s General Manager for the Freeport development, “the container port is simply a dedicated deepwater trans-shipment hub.” 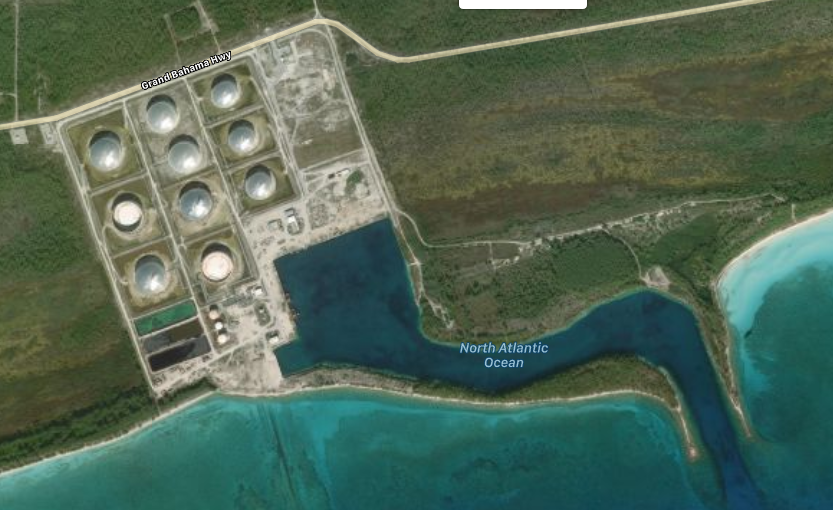 Death Toll In Bahamas Rises To 43, Likely To Increase After Hurricane Dorian Destruction

ABACO, Bahamas (AP) — “Search and rescue teams are still trying to reach some Bahamian communities isolated by floodwaters and debris after Hurricane Dorian, while the official death toll has risen to 43 and is likely to increase, even more, top officials said.”

Prime Minister Hubert Minnis said late Friday that 35 were known dead on Abaco Island and eight in Grand Bahama. “We acknowledge that there are many missing and that the number of deaths is expected to increase significantly,” he said. “This is one of the stark realities we are facing in this hour of darkness.”

FoxBusiness –Abaco Island was devastated in the aftermath of Hurricane Dorian with estimated cost  “Early estimates are saying Hurricane Dorian caused $7 billion worth of damage in the Bahamas. Catastrophe modeling business Karen Clark & Company released the estimate after analyzing wind and water damage that it said caused “catastrophic” losses. The estimate didn’t include costs of damage to infrastructure or autos.

Dorian was a Category 5 hurricane when it hit the Bahamas Sunday. The storm’s forward momentum dropped after it made landfall on Abaco Island, and then it stalled for a time over Grand Bahama Island. The storm spent more than 24 hours pounding the Bahamas, with record wind speeds of 185 mph and reported storm surge of 20 feet on some islands.” – Fox Business

The United States extends its condolences to all those in The Bahamas who have lost loved ones and we stand with the communities affected by the devastating impact of Hurricane Dorian.

The U.S. government is working in partnership with the Government of The Bahamas, including the National Emergency Management Authority, to deliver emergency supplies to address the immediate needs in the wake of Hurricane Dorian.

The U.S. Mission to The Bahamas, working through multiple agencies of the U.S. government, is providing humanitarian assistance, search and rescue operations, and other disaster response measures as well as assisting U.S. citizens in the affected areas.  At the request of the Bahamian government, the U.S. Agency for International Development (USAID) sent a Disaster Assistance Response Team to coordinate the U.S. response and provide technical support to the National Emergency Management Authority, which is managing the overall relief effort.

This is part of a broader international response effort that includes Caribbean partners, the United Kingdom, and Canada, so that the government of The Bahamas can provide lifesaving and life sustaining care to their people.

As we continue our unified response, our thoughts and prayers are with the people of The Bahamas.  For more information on how the public can support disaster relief efforts, please visit the Center for International Disaster Information website at http://www.cidi.org/ or the Bahamas Red Cross website at http://bahamasredcross.org/donate.

From eyewitnesses on Abaco Island, Bahama tells their experiences in the following videos:

On July 16, 1891, US patent 0462795 “Method Of Producing Rain-Fall,” was the first patent application that was intended to manipulate the weather.

Is it possible that weather modification technology was utilized to steer Hurricane Dorian as a show of power as well as a defense weapon?

Whether natural or human-made, Hurricane Dorian devastated most of the Bahamian Islands, leaving death and destruction in its wake.

Who will provide aide to the Bahama Islands? Trending Economics provides a careful assessment that shows a GDP of the Bahamas UDS 12.16 billion, GDP Annual Growth Rate 1.6%.

Abaco Island will require billions of US dollars to rebuild.

Every sector of their economy and infrastructure will depend on new investments in Infrastructure Re-Development.

China, with USD 3 billion backings in a partnership loan for a Chinese Submarine Base in northern Abaco Island, could be the country that can provide rebuilding of the Island state. If China does back reconstruction of the  Bahamian Islands in strategic locations, it may become another land-grab to insure a foot-hold in the western hemisphere.

Chinese infrastructure development can secure financing, as they have in several nations in the past by backing and partnerships in the Bahama Islands.

This hurricane was an extreme storm. Lives lost can not be replaced, but the rebuilding of the Island is of the utmost importance for many years to come.

I am a US citizen living in Panama for the last 30 years. The statement at the beginning of the article that “China took operational control of the Panama Canal” is not true. What is true is that the Chinese company Hutchison Whampoa runs two ports, one at either entrance to the Canal, but it only operates the ports. The… Read more »