October 11, 2021 — The creator and designer of the FGC-9 3D printed gun, known as JStark is reportedly dead of a heart attack just two days after being raided by police in Germany. JStark was passionate about guns and self defense, he was not an “extremist” by any means. His dream was to make gun control laws void with the design of a gun that anyone, anywhere could print for a low cost.

Death Militia reported on the passing away of JStark earlier this week.

(Had to rephrase this) pic.twitter.com/NLnQgqAgLq

JStark had appeared in a documentary entitled “Plastic Defense” by Popular Front and was interviewed by Jake Hanrahan.

What I will say: You can't stop the signal.

“Live free or fucking die” was a quote from JStark featured in the Plastic Defense documentary.

He will live on through our actions. RIP#LiveFreeOrDie #JStark pic.twitter.com/gnlXJKkSNM

It has been reported that it was Coinbase and Ebay who turned him over to the authorities due to things he had purchased.

Zero Hedge reported on the raid and passing away of JStark:

It’s come to our attention that German magazine Der Spiegel reports the inventor of the rapid-fire 3D-printed gun that could be entirely printed at home has passed away.

JStark, a 28-year-old German citizen, was one of the biggest innovators of this decade when printing weapons and gun parts at home. He helped create Deterrence Dispensed – an online group that promotes and distributes open-source 3D printed firearms, gun parts, and cartridges. The group strongly supports freedom of speech applied to computer code and blueprints.

Der Spiegel says JStark passed away on Friday of an apparent heart attack. Foul play was ruled out, and it ‘appears’ his death was natural without any involvement of a third party. Along with this, the German magazine also reported police raided his home days before.

Another top 3D-printed gun designer that goes by the Twitter handle ‘CTRLPew,’ also confirmed the death of Stark.

JStark’s wasn’t just an at-home gun hobbyist printing weapons. He promoted firearm ownership, freedom of speech and has been quoted in a documentary as saying, ‘We want everyone to have the freedom of speech, and the right to bear arms. If that’s too politically extreme for you … f**k yourself.’

JStark’s 2020 release of the FGC-9. otherwise known as “f**k gun control 9 mm,” was made widely available across the internet in late 2020. The publication of the gun’s blueprints created an online sensation. It spurred freedom movements of millennial printers who have revolutionized the way firearms are produced and that government cannot and will not control them. FGC-9 emerged as a symbol of life and freedom rather than a deadly weapon as governments worldwide impose tyrannical measures that restrict freedoms in a post-COVID world.

Some in the printing community have pointed out that a young man like himself shouldn’t have had a heart attack at 28-years old and reeks of suspension.

Keep in mind, governments around the world are freaking out about printed guns (because they’re unserialized). The Biden administration has repeatedly warned he will ‘stop ghost guns.’ – Zero Hedge

The way he reportedly died of a heart attack at just 28 years old has caused many to speculate that he was actually killed by the police. This claim is still unconfirmed, and there may be reason to believe he had a heart condition that he seemed to hint at in prior interviews.

@coinbase and @ebay turned him in based on his purchases.

We should ask ourselves if turning a non-violent man into the police should have been the business of these massive corporations, and if we should continue dealing with them after this.

For proof, heres a photo of a pile of 3D guns I took at a convention earlier this year. The photo is mine tineye and google images will all point back to either my old @agleaks account or the GnB site who lifted them. pic.twitter.com/2h6BmFia0s

The account who reported on the Coinbase and Ebay issue claims to have been a former associate of JStark.

PCP Media reported on the death this week.

JStark, designer of the FGC-9 has died of a heart attack after being raided by the German Police from Firearms

Popular Front made a memorial video for him.

Print Shoot Repeat, a popular American YouTuber made a tribute video to JStark as well.

Interesting… Other European FGC-9 gun makers are already paying their respects to JStark with a volley of shots. "Shook Ones" used because that was one of JStark's favourite songs apparently. pic.twitter.com/uPPRDsLK8P

To hear JStark’s own words, and a good interview with him:

Last year he appeared on the “Fuck Gun Control” podcast where he discussed why he got into the 3D gun printing business in the first place.

He will be missed, but never forgotten.

JStark inspired people all over Europe to begin the nullification of firearms laws. It will take time, but we're confident he lit a fire that will never die out.

The State cannot, and will never, control the minds of men. pic.twitter.com/NTjw1qSTAx

I do believe that Fenix is right. Rest in Power JStark. 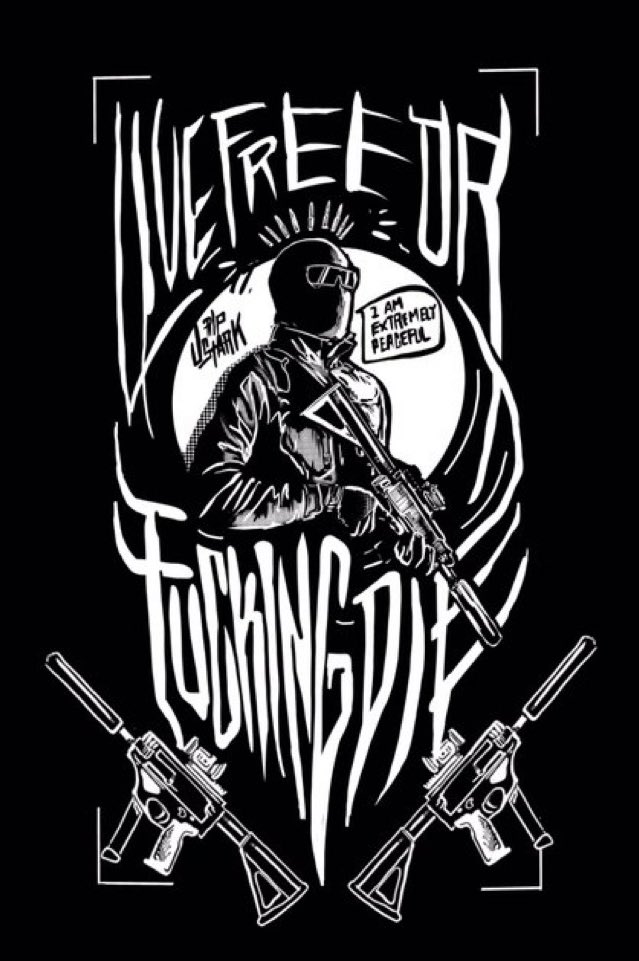 This story is still developing. We will continue to update if more information comes to light.