Cameron Ortis made his first court appearance on Sept. 13, 2019 for alleged offenses dating back to 2015. Ortis, a senior civilian employee for the Royal Canadian Mounted Police (RCMP), has been charged with violating national security by allegedly leaking government secrets. According to Federal Crown prosecutor John MacFarlane:

The allegations are that he obtained, stored and processed sensitive information with the intent to communicate that information to people he shouldn’t be communicating to.

MacFarlane also stated that the charges Ortis faces have a “reverse onus” rule on bail, meaning the accused has to convince a court that bail should be granted. “He’s entitled to a bail hearing, should he choose to have one,” he said. “And it will be the Crown position at that bail hearing that he should be detained in custody.”

According to the National Post, Cameron Ortis, 47, is accused of multiple violations under the Security of Information Act and the Criminal Code, including sharing “intentionally or without authority” special operational information; possessing a device or software for the purpose of concealing information or surreptitiously sharing or obtaining information; and breach of trust.

The Security of Information Act was passed after the 9/11 terrorist attacks, and was first tested in 2012 when naval intelligence officer Jeffrey Delisle was charged under the act for selling secrets to Russia. During a period of five years, Delisle received 23 payments totaling more than $70,000, the judge found. He was sentenced to 20 years in prison. He was released on parole in 2018. – National Post Sept. 13, 2019

Moreover, CBC News reports that under the Security of Information Act, Ortis has also been charged with:

One of the charges stems from 2015, while the others span a year, going back to September of 2018.

According to Leah West, who teaches national security law at Carleton’s Norman Paterson School of International Affairs, it is telling that he wasn’t charged under section 16 or 17 of the act, which deal with sharing information with a foreign government.

Under the Criminal Code of Canada, Ortis has been charged with:

“Members of the Five Eyes [emphasis added] intelligence bloc are already raising questions about the type of information accessible to Cameron Ortis as the director of an intelligence unit within the RCMP, diplomatic sources told CBC News. The Five Eyes, made up of Canada, the United States, the United Kingdom, New Zealand and Australia, is one of the world’s leading intelligence-sharing networks, linking some of the most powerful countries in the world. Diplomatic sources speaking to CBC on condition of anonymity said the alliance is worried that Ortis, charged under Canada’s national secrets act, had access to their allied information.”

Ortis remains in custody pending a bail hearing which could take place as early as this week. Late Friday, Global News reported that the United States had tipped off Canadian authorities, sparking the investigation. Ortis’ arrest, Global News reported, was part of a larger international security roundup and other arrests outside of Canada were expected. Soon after charges against Ortis were made public, Prime Minister Justin Trudeau told reporters:

I can assure you the authorities are taking this extremely seriously but you might understand I have no comment to make. 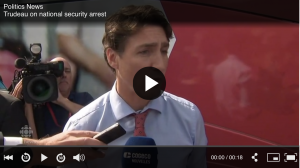 Global News reporter Mercedes Stephenson has learned that the RCMP believe Mr. Ortis is believed to have stolen “large quantities of information which could compromise an untold number of investigations.” (Video here)

A source confirmed to the National Post that Ortis had risen within the civilian ranks of the force and was appointed by former Commissioner Bob Paulson to the rank of director-general and oversaw an intelligence unit. While it is unusual for a civilian to reach such a high rank within intelligence, it is not unprecedented. It is a highly specialized field and Ortis would have worked in the company of a group of civilian analysts who, the source said, are “really competent, sharp people.”

Another senior source said Ortis started off in the national security program working in the area of “critical infrastructure.” He was then promoted to “alternative analysis,” which the senior source described as the force’s attempt to impose structure into analysis and doing such things as projecting into the future. Ortis played a role in recruiting other civilians with PhD’s to reshape the force’s federal policing arm, the senior source said.

“Known by his colleagues as “Cam,” Ortis was a fitness fanatic who ran every day at noon — a “zero body fat” kind of guy, the senior source said. He was “very disciplined” and “brilliant at piecing” information together. – National Post September 14, 2019

Ortis has a limited online presence but his LinkedIn account lists his occupation as an advisor and that he is fluent in Mandarin. He obtained his PhD in international relations and political science at the University of British Columbia in 2006. 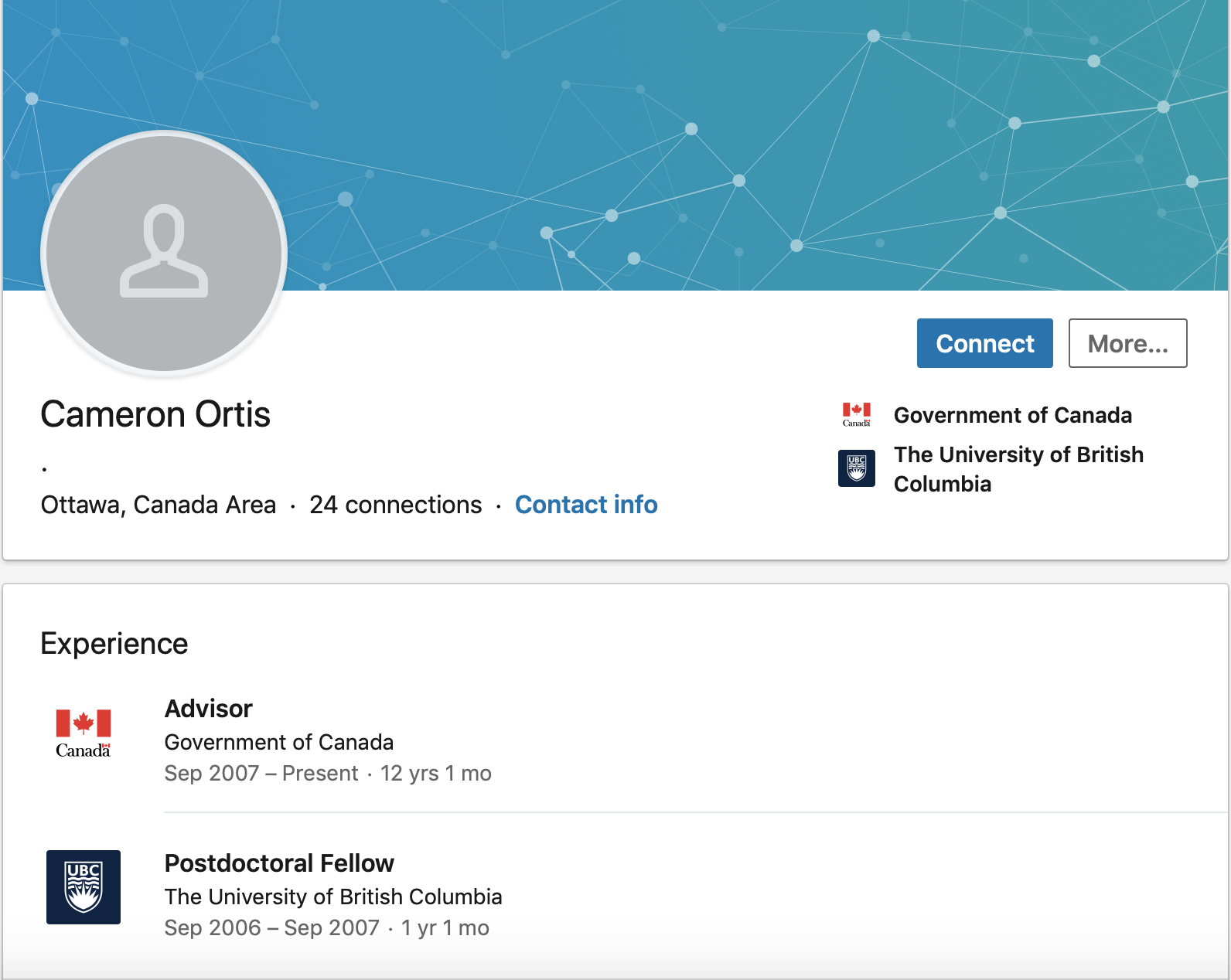 Dr. Brian Job, Political Science Professor at the University of British who supervised Ortis’s PhD studies and post-doctoral fellowship stated that Ortis never provided any details of his work at the RCMP.

“Nothing in my experience with Cameron would lead me to suspect his alleged involvement in the activities for which he is charged. Indeed, the exact opposite is true. I am deeply shocked by the news,” Job wrote in an email. (National Post)

The director emeritus of the Institute of Asian Research at UBC, Dr. Paul Evans, also collaborated with Ortis on various papers. Of importance to note, Dr. Evans is also Co-CEO of the Asia Pacific Foundation of Canada.

Because this is on-going investigation, we will update this article as more information is made public.